Is there a program that can compare binary files and merge individual blocks of non-identical data into a file?

I want to compare two binary files (around 500 KB) and have the code broken into blocks of data that are identical and not-identical. FlexHEX can do this but there is no way to merge a non-identical block of code from one file into another. Is there a program that is able to separate the code into blocks and merge any discrepancies one block at a time? I have about 100 blocks of non-identical data in my comparison and I would like to avoid manually copy and pasting the important non-identical data into my file.

I prefer to use Windows 10 but I am willing to use other OS via VMware if needed. I also would prefer a free program or one with a generous trial period.

An example may help: I want to compare two binary files. A diff in flexHEX shows that

File 1 is composed of blocks A,B,C,D,E

File 2 is composed of blocks A,Y,C,Z,E

I want to replace block D with block Z in File 1. I was hoping for a program that could recognize that D and Z were different and allow me to easily replace the block. I would need to repeat this process about 100 times so I want to avoid manually replacing block D with block Z.

Whenever I need to compare, synchronize or merge contents of drives, folders or files I use Beyond Compare. It's very powerful and fast (I've linked the feature list, have a look).

I've attached an image of a hex comparison of two text files. As you can see there are differences (red). With Beyond Compare I can now either mark multiple lines or right click a red marked section and then copy its contents to the other file (works in both directions) 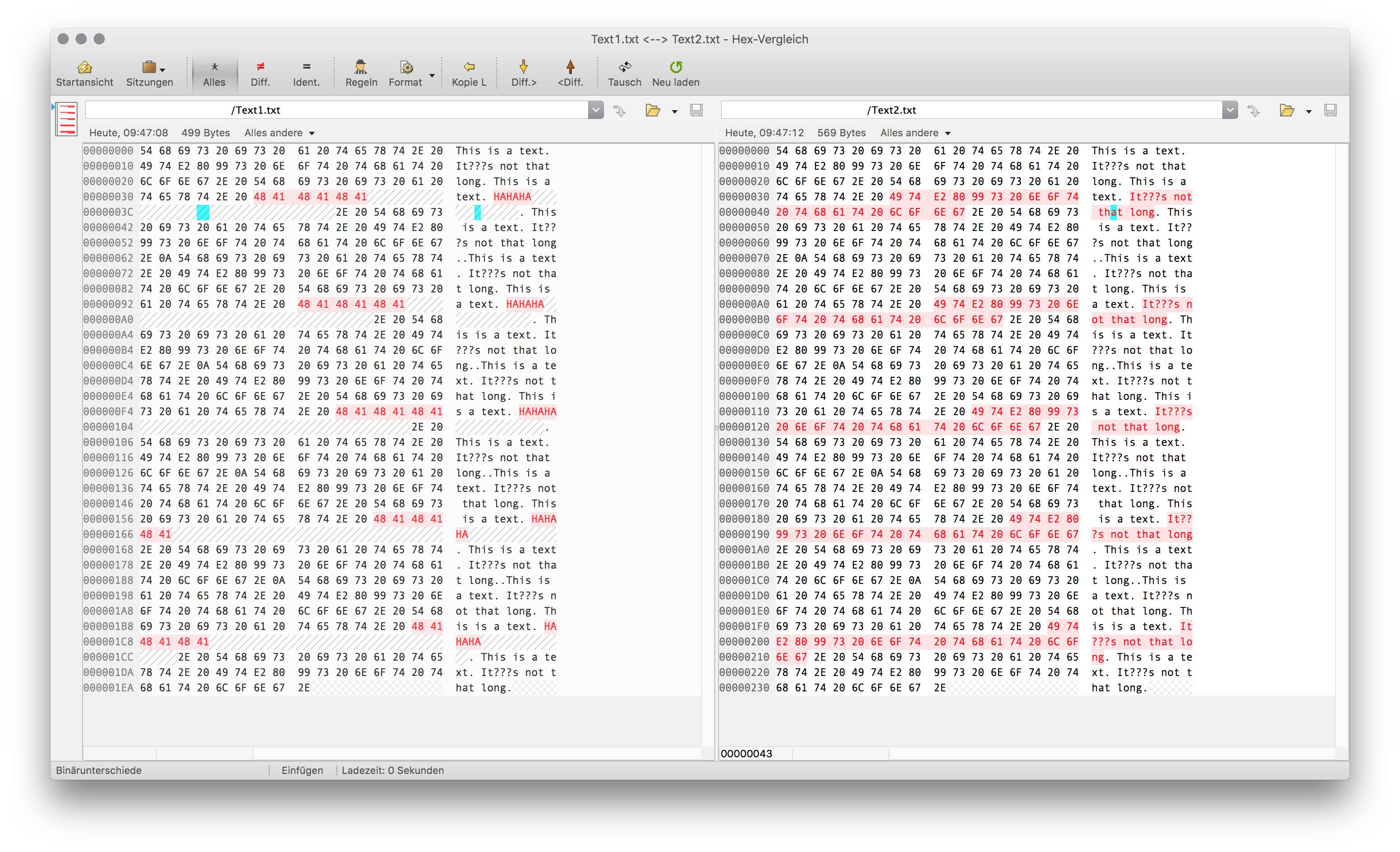 Beyond Compare does have a script processor for automating tasks, but I've never used that. Maybe you can use it to automatically process your ~100 replacements?! If it works , I'd like to hear your feedback on that.