I am aware that I can convert EPS to PDF with Ghostscript, then import the PDF with Inkscape and save the result as SVG. However, I want a simpler workflow with less tools, basically I want a single button "convert it".

I need that for Windows and offline use. I cannot upload my EPS to an online service.

I think Scribus - an Open Source Desktop Publishing software - should be able to do it. Open an EPS, let it save the converted file into its native format, and export as SVG.

Probably all the main distributions of TeX (such as MikTeX and TeXLive) include a command-line tool called dvisvgm. By default it converts from TeX DVI files, but it can also convert EPS files by specifying the --eps option. Other options include --no-fonts to convert all text to vector graphics form, preserving the appearance of the text without embedding the fonts, but of course at the expense of having the "real" text in the SVG.

AFAIK there's no easy batch conversion scheme - working in Windows, I tend to create a batch file and use keyboard macros in my favorite editor to set up all the commands.

The reason I'm looking now is because I've had problems converting EPS files generated by ye ancient Acrobat Pro 7 (part of Adobe CS2), in turn created by InDesign CS2. But that's the first problem I remember having, and some other software has problems with these EPS files too - even Adobe Illustrator CS2 doesn't get the page bounds right, LibreOffice 5 can't use the files though LibreOffice 6 can etc.

That obscure issue and the batching issue aside, this is an excellent tool for anyone willing to use the command line.

Inkscape (free) vector graphics editor imports .EPS directly, asks a couple questions which I answer with default, and saves directly to SVG as well as other formats.

The program runs on Windows, Mac and Linux and continues to improve in performance and features.

Using File, Open, as well as locating a file via Windows file manager, right clicking and selecting Open With (Inkscape) I was able to open five or six .EPS files from random locations on my system.

The image below is the dialog box presented after selecting the file. 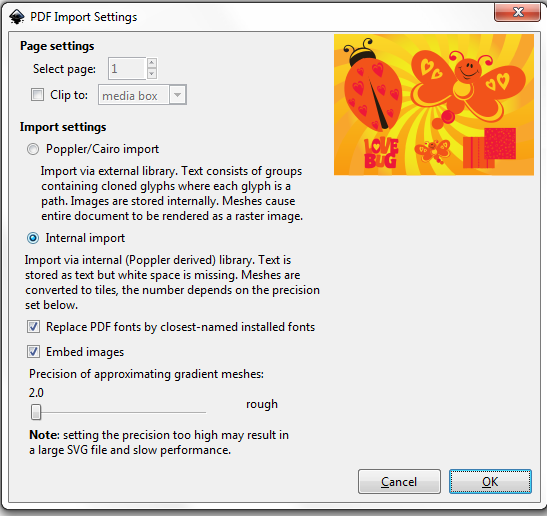 Some of the .EPS files I have were created using a bitmap to vector conversion program. I can allow for suspect circumstances with 3rd party processes, but one would expect such programs to follow conventions regarding exporting graphics.

As shown below, the imported file behaves as a vector file, allowing one to select elements of the image as desired. 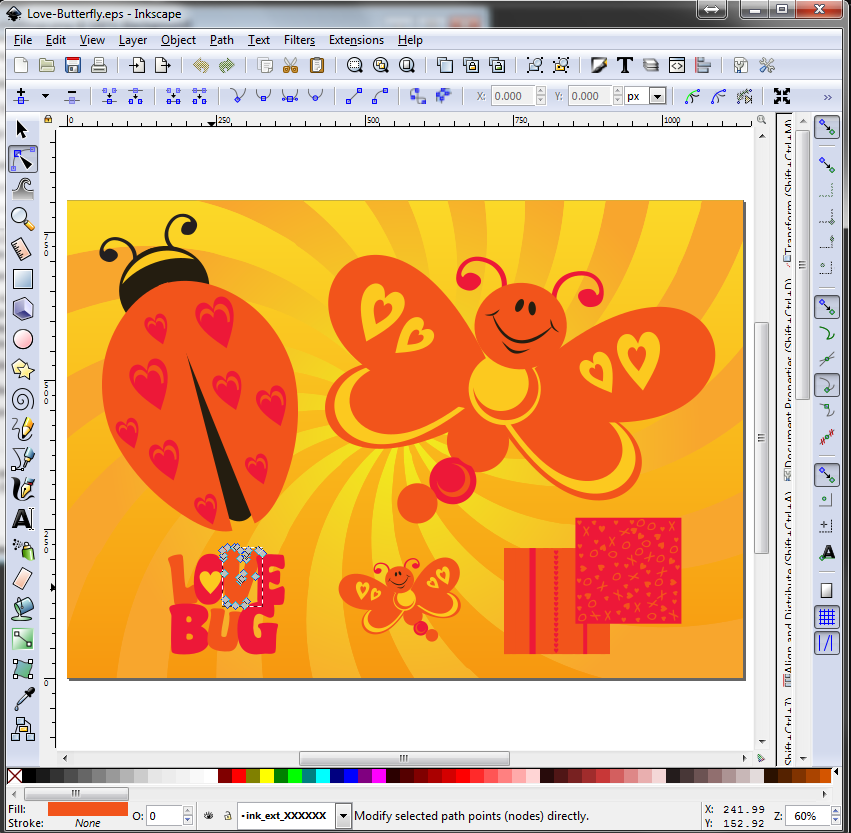 In order to eliminate the possibility that the tested EPS files were of my creation, some of the images I tested originated from folder structures that indicate they were bundled with other software. I found one that I recognize to be from a local web developer. She would likely have used Adobe Illustrator to create or convert the document to EPS, based on the information I have attached to that folder.

I believe that my answer is correct from the experiences I've listed. If my answer was voted down because your configuration failed to import/open, it does not mean my answer is incorrect and deserves a down vote.

UPD: after this you can convert eps to svg even commandline

What can be simpler?