Equivalent of Leechblock for Android

Leechblock is a tool that allows to block distracting sites. Unfortunately it is not available for Android.

I am looking for any tool for Android - it may be a special browser, it may be a browser + extension combination, it may be paid software, it may be free software with ads.

There is NoRoot Firewall that can block outgoing connections not just for a browser but for all programs. It can block connections either by hostname or by IP. Ability to block a particular port or range of ports or all of them. You may create your own rules for all applications (including system) who is allowed to go out and who is not. There're also preferences that allow you to set rules depending on type of network connections - allow/block when connections is over WiFI or mobile network.

NoRoot Firewall uses an OS feature called VPNService in order to modify routing table. It doesn't create real VPN connection to a server even through it seems so. So basically it act as a local proxy server.

It will require some of your time to setup rules for all applications but you will see a difference on battery life and absents of annoying ads. If you don't want to spend time setting to set blocking/allowing rules, you may train firewall on demand (You will be notified when outgoing connections trying to establish connections). You should be careful when blocking some system processes (IMS/WiFI calling and etc) otherwise many cloud base solutions would stop working. 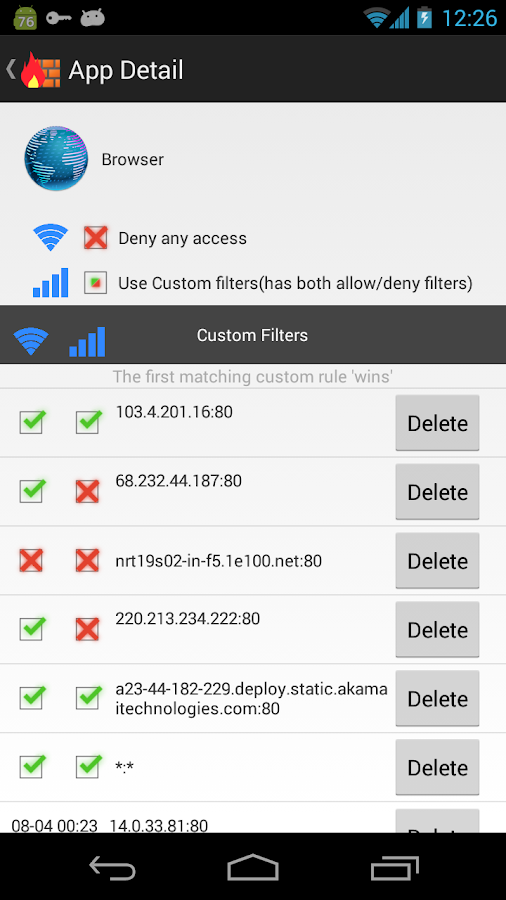 There is another alternative firewall that doesn't require rooting, it is NetGuard. It is open sourced solution but it has limited feature in free version to compare to NoRoot Firewall such as - new application notifications, logging of all outgoing traffic, allowing/blocking individual addresses per app. It actively developed and has potential.

Technology behind it is the same as with NoRoot - it create local VPN on localhost (which is means no any external services that doing filtering, but locally on the phone) 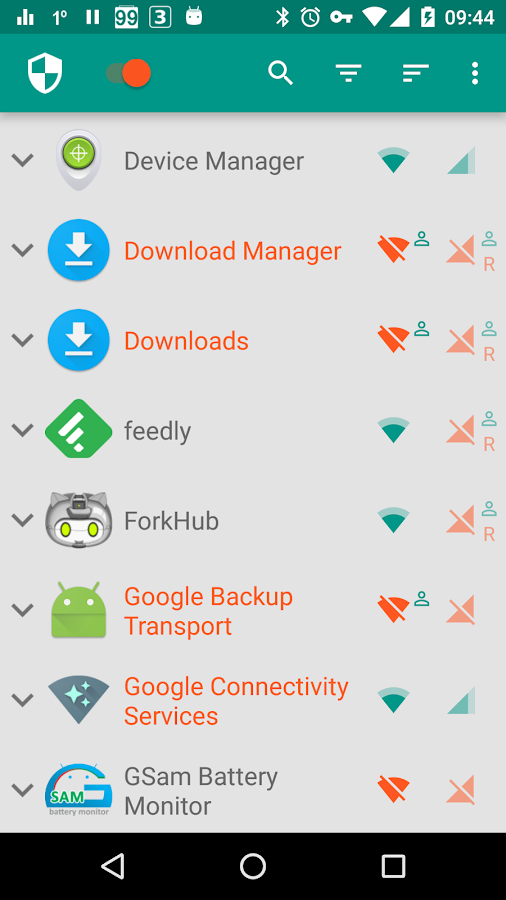 Scores on google play as of today (February 2017):

Both firewalls are able to work on Android 4.0 and up

There is Mobiwal: NoRoot firewall which also looks very familiar to NoRoot Firewall mentioned in another answer. Looks like both of the solutions work by creating a VPN connection but don't route the connection anywhere external according to the FAQ. Apart from the import domain names from file, this app has all the features you are looking for. It has decent reviews.

This application was last updated Feb 2015 so may have issues with latest version of Android.

It is less user friendly than LeechBlock (no GUI, regular expressions as input) but works well

Not the answer you're looking for? Browse other questions tagged android productivity website-blocker or ask your own question.

14
Android app to control what other apps are actually allowed to do
4
Android app to disable lock screen security automatically
0
Android feature rich PDF viewer/editor for free
1
Free Android launcher that does not ask for accessibility
3
Non-Google "Find My Phone" for Android devices?
3
Android app to create and visualise price history database