What I'm looking for:

It should be gratis software.

The features from Notepad++ I want to use in the desired Linux program (from the most important ones):

Is there any program on Linux that matches these requirements, or nearly all of them?

EDIT - Atom:
I've tried the first recommendation - Atom. Although I support the effort put into that editor, it fails to satisfy my needs for many reasons:

I haven't tested any other feature, because the slow regex replace discourage me on its own from using the editor. Atom could be a great text editor once, but now it's not in "release state" if you ask me.

I used to recommend Kate as the editor to use ... until it stopped working correctly in non-KDE environments (missing icons, etc)

Does all you want, has a terminal option to work in as well, can actually be set up to compile/build your source, etc. More like a super light weight IDE than a plain text editor. Oh, and cross platform too - Linux, Mac, Windows. And the best of all: It's using the same Lexxer in background providing you syntax highlighting as Notepad++ is doing.

You may try Sublime Text. It has all the features listed by you.

The UI is modern and quite fast, and supports mouse + configurable keyboard shortcuts: 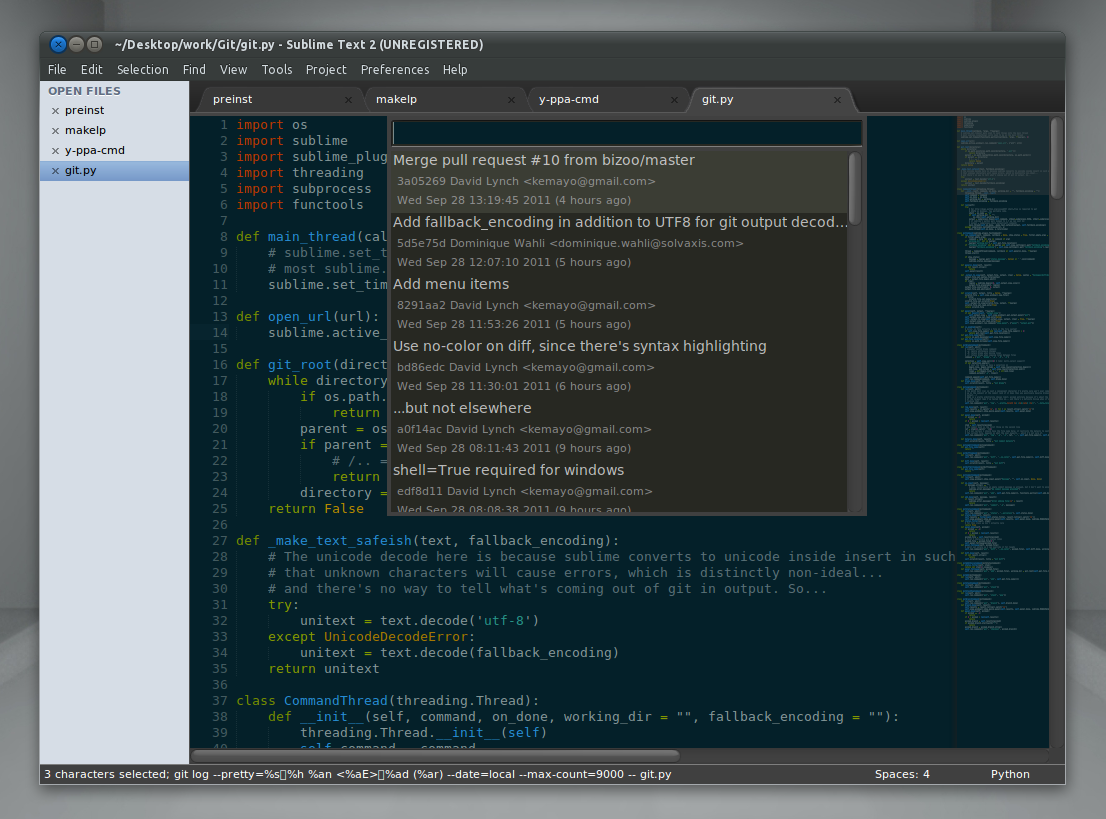 As well it includes other features:

You may find other interesting and useful plugins on Package Control web-site.

While the UI is pretty old school, there is a reason it is still popular a quarter century after it's creation; it's awesome. Here is an article that walks through how to install most of the features you need.

Take a look at GitHub Atom

It probably doesn't match a hipster definition of "modern", but I suggest you eventually learn to use good old VIM or Emacs.

Take a look at Scite (which comes with most Linux distris' repositories):

Additional features include code folding, exporting to HTML, PDF, LaTeX, RTF, XML, different encodings, convert upper-/lowercase, and much more. It also comes with a quite detailed "settings file" where you can tweak nearly everything (things that didn't fit in the menus). Find the Scite documentation here for details.

While offering all that, it still is rather lightweight and doesn't consume that much space – which was the argument for me to give it a try.

You can try out Notepadqq, which is an unofficial port of the original Notepad++ to Linux. Please be warned that it is incomplete, so some of the features you expect may be missing.

Based on a quick look at the version of Notepadqq I have, most of the features on your list appear to be available, except for the hex editor and autosave.

Give CudaText a try. It works on Linux quite good (gtk2, qt).

jEdit is a suitable text editor which has somewhat similar look and feel and functionality of notepad++. jEdit has many plugins to extend its functionality if needed similar to Notepad++

Snap packages can be used on all major Linux distributions, including Ubuntu, Linux Mint, Debian and Fedora. To install the Notepad++ snap package open the terminal and type:

To add Notepad++ navigation to other drives besides the default drive:

Not the answer you're looking for? Browse other questions tagged gratis linux text-editor text-search autocomplete or ask your own question.