I am having serious trouble finding working editors for Ruby on Windows 7 that aren't DOS based. Does anyone know of any that work like Visual Studio or Rubymine that are also free? Or, at least, cheaper than Rubymine?

What I am after is a simple Ruby Compiler with:

(And preferably a file tree of some kind for programs)

Honestly, I am on the verge of totally giving up. I have tried installing several different programs and not one of them will let me compile even the most basic code examples. I'll just run through my problems with each:

Visual Community 2015 - no Ruby support. Couldn't make their tutorials for other languages work either. RubyMine - Has everything I want, but the annual subscription is stupidly expensive. (And I don't want to go open source)

The two closest to what I want are:

Aptana - looks great and supposedly does everything, but there are multiple bugs on the home page and no documentation or tutorials for Ruby I can find. Requires a Flash plugin not bundled with Windows 7. Can't make anything compile.

Visual Studio Code - I installed several extensions but have no idea how to make them work or if they are even compatible. Some seem to require the installation of things I just can't find anywhere. The current extensions I have are: Code Runner (Is it a code tester?), Ruby, Ruby Language Colorization, ruby-rubocop (requires things?), Simple Ruby ERB, and vscode-ruby-ctags. At the moment, the only one I am sure is working is Ruby Language Colorization.

You should consider taking a look at Visual Studio Code, the newest Microsoft code editor. It’s a cross platform editor that’s free, extensible, and customizable. It supports many code extensions including Ruby.

Update: Visual Studio Code has a built in debugger that works with loaded extensions. The first time you debug, you'll need to set up a debug configuration. It's actually a json file that defines what the debugger expects including any passed arguments. Clicking the "gear" icon in the debugger pane will allow you to set up the configuration. 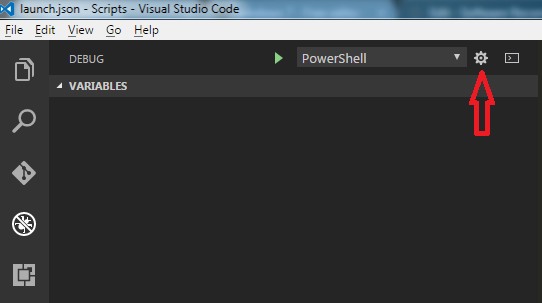