I don't like purely command-line debuggers all that much; but sometimes I'm using a machine which simply does not have any X-based applications nor anything with another kind of GUI, and I'm restricted to a terminal session.

I'm thus interested in a debugger with (n)curses as the user interface - something which will let me watch the source as is go up the stack trace without constantly having to type commands, etc. It doesn't have to be fancy; so something like the ncurses analog of, say, kdbg would be relevant.

Vanilla GDB satisfies you constraints. gdb -tui is based on curses. 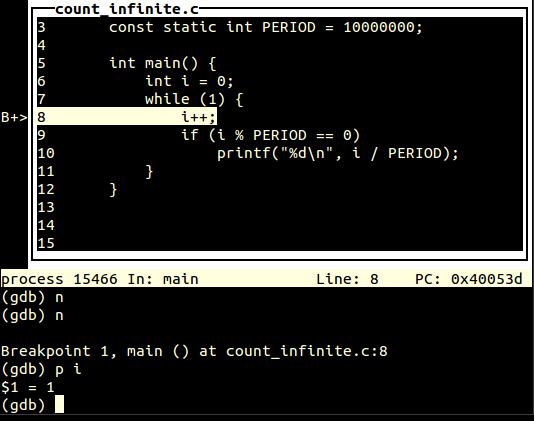 Also, GDB is capable of advanced customization using .gdbinit. You might get inspired by these ones: 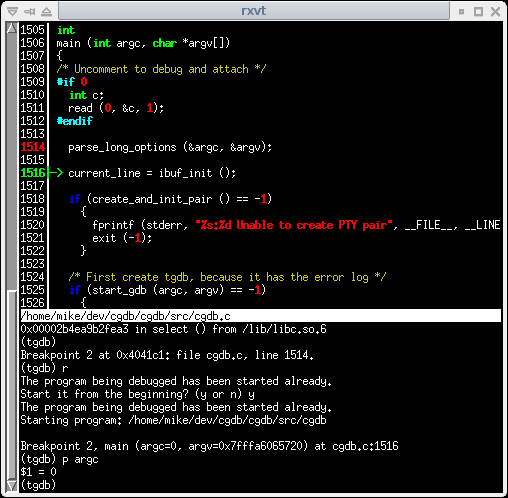 For more options, see How to highlight and color gdb output during interactive debugging? on Stack Overflow. The screenshots are taken from there.

Not the answer you're looking for? Browse other questions tagged linux software-development debugging or ask your own question.