On the Android.SE sister site I asked if Android has a built-in shell, but as it seems to be turning out there is no such thing. So instead, I'm looking for a recommendation for an app to do this.

As you can read in the other question, this is not meant for heavy use, merely to test something that requires me to run a short shell command. To be precise, this command:

I'll probably keep the app if it's lightweight if I'd every need to do something similar again.

From your description, Termux seems to be the best match: 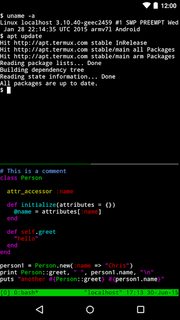 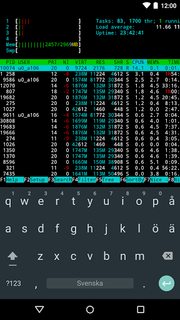 Termux Screenshots. The second shows the htop command, which you can install from within.