I want to change brightness from a tray option in the windows 10 taskbar. By tray item, I mean that same area where dropbox, google drive, and those small mini icons are on the taskbar in the bottom right of your screen

What I've tried so far:

a.Pangobright. Problem is, it changes brightness by putting a translucent grey rectangle over the screen which makes copying and pasting things result in darker images being pasted

b. Desktop lighter- problem is, it nullifies f.lux and turns the screen back to the blueish natural hue instead of f.lux's read hue

I use a windows 10 tablet and it's not always convenient to go to the start menu, then search brightness, then do it. I feel like there should be a solution to reduce the number of clicks in existence already so I'm asking stack exchange

Have you tried iBrightness Tray? I can't guarantee that this will work with Windows 10, but it works well with 7 and 8. http://blog.vitim.us/post/133618217247/ibrightness-tray

If it doesn't work, let me know and I will delete this answer.

Not sure if this is a new feature or it existed before, but as of now you don't actually need any third-party software for that, although enabling the tray slider is not quite obvious.

Open the Action Center (rectangle baloon icon to the right of system time), then click the Expand/Collapse button. 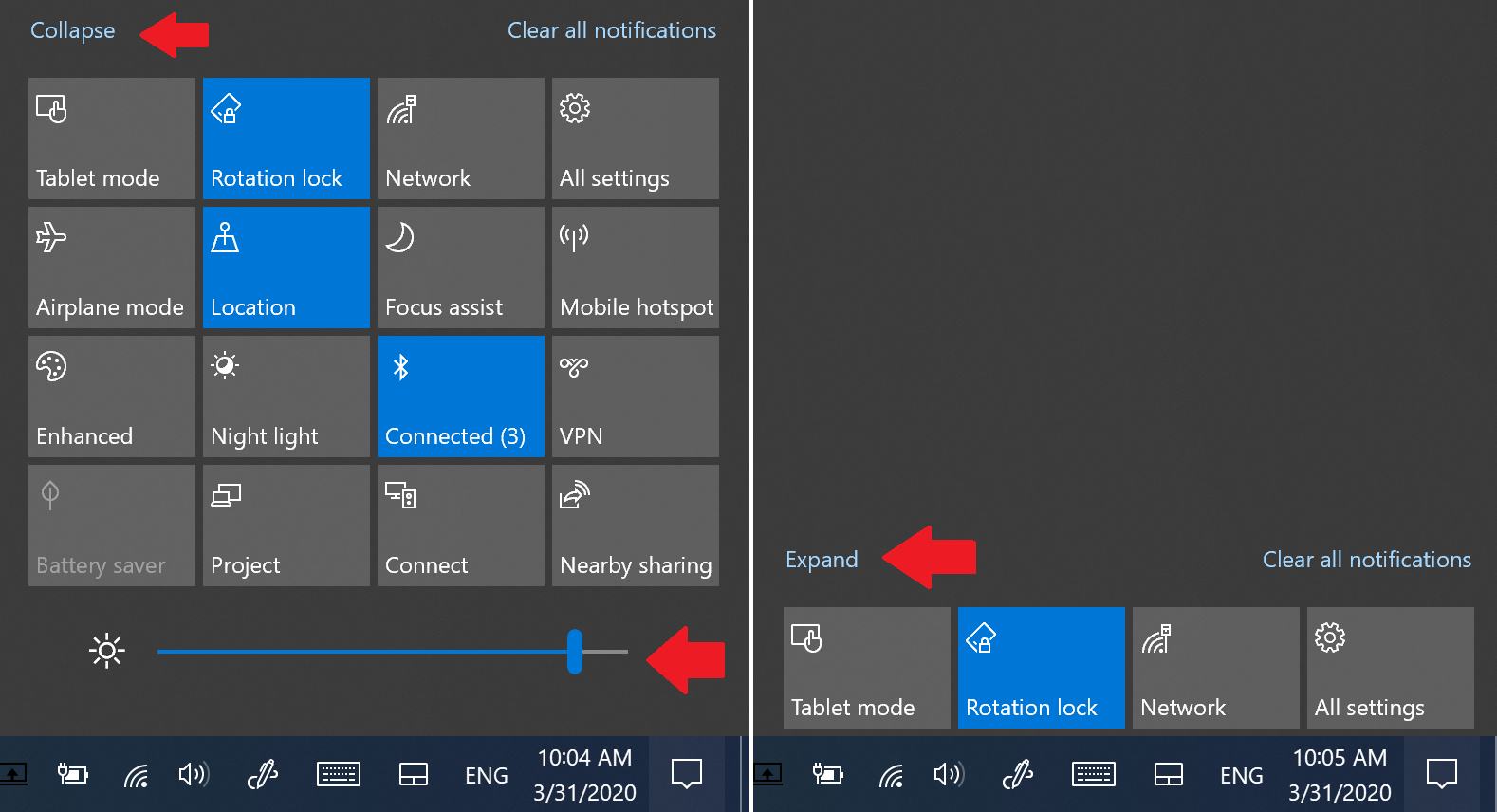 Not the answer you're looking for? Browse other questions tagged windows-10 or ask your own question.