This following HSLa tool is genius as unlike all similar tools I encountered, not only it gives you a brightness hierarchy (y axis), but also a hue variant (x-axis) hierarchy. I went through some tools and it's the only straight-forward tool I found that does both.

The problem with that tool is that it doesn't let you paste colors into it... As you could see immediately, It shows only one color set...

Do you know an exactly similar software that actually gives you to paste colors?

To emphasize, I don't mean to a simple HSL tool, but for an HSLa tool that offers both brightness and hue variants on the 2 axles (y=brightness, x=hue):

Note: This tool is open source. If there is a veteran JS programmer who would like to create a similar tool that allows pasting, it can be a great contribution to the Open source community.

Alright, I liked the HSLa tool you gave as well:), so why reinvent the wheel? Yep, it's the same tool with just a bit more functionality that you're looking for. Some cool features:

Need something else? Ask away.

It can be launched here and the repo for the code is here.

Please let me know if this is what your looking for:)

I'm not certain, but check out this one: http://hslpicker.com/

It's open source, and you can paste the HSLA color code into it. I'm not entirely sure, but it's possible you can also dump the HSLA color codes into the URL somehow - while playing around with the sliders, the URL jumped to the following: http://hslpicker.com/#8a0000/#0091ff,0.92

Hope this helps! (And if not, please specify why not) :)

I find it pretty easy to use. There is a input field to paste an hsla code and it seems to meet your requirements. 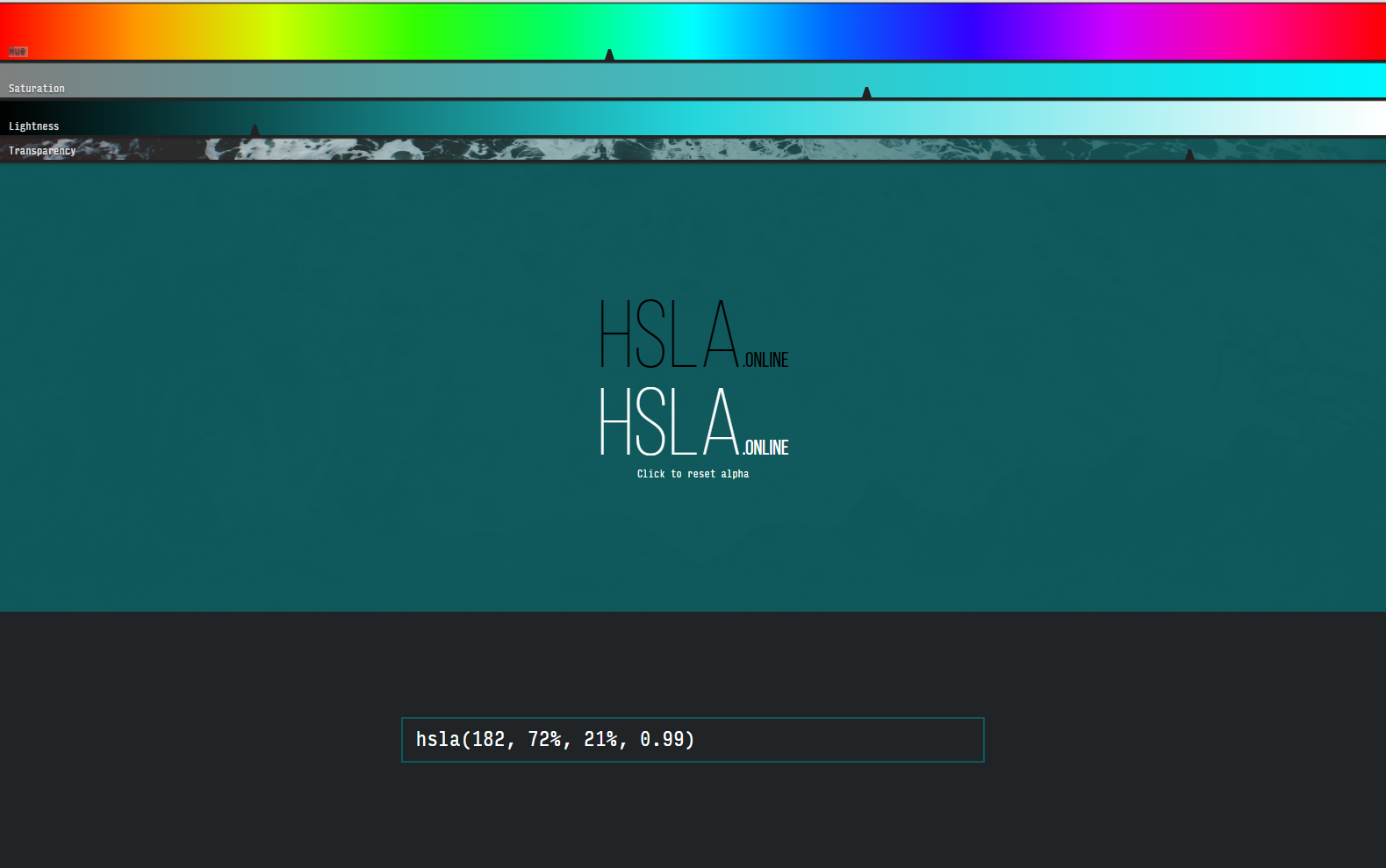 4
With which tool I can draw a shapeless and curved logo for website?
12
Source code editor for HTML/CSS/JS with projects support
7
Authoring/CMS with animation support + assets
0
With which tool I can draw version control(git) graphs?
1
Simple Linux application converting between colors and hex codes
1
RGBA to hex color converter with color merging
0
Paint tool for OS X with specific features