I'm not sure what exactly you mean by free form canvas, or what kind of multi user support you're looking for, so I'm going to recommend you use a combination of two programs.

You could combo up two programs to serve the same function:
Adobe illustrator and Git Scm. Further alternatively, you could replace AI with GIMP. Adobe illustrator and gimp both have the capabilities to expand the canvas at any time, effectively rendering the draw space infinite. Both AI and GIMP also support Text, and drawing on lined paper, which seem to be primer functions of 'note-taking apps'. If I Remember correctly, Adobe also has a program that translates handwriting into LaTEx based equations. The main means of use is that every unique user would have their own 'canvas' (AI file) which they could pull and push from a repository with ease every so often. This would allow synchronous editing of everyone's canvas, and allow for each user to edit their own canvas while someone else manages theirs. Then when the user is done editing, the user would then push their new file to the repository and allow others to see the new version.

I would like to take a moment to criticize your request. While you state that you want something 'Exactly like one note, but for macOS' you seem to also point out that you want something that isn't cloud based. This seemed funny at first, and so I investigated, and found that One note has a Cloud sign-in wall. One cannot use OneNote without signing into the cloud-based hosting of notes. 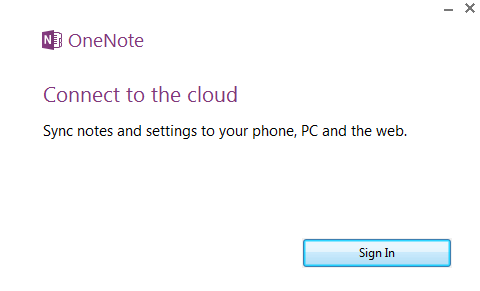 I'm not sure in this case which you value more, but I'm certain that only one of those is possible with your current constraints..

Not the answer you're looking for? Browse other questions tagged windows osx microsoft-onenote or ask your own question.