Want to improve this question? Update the question so it's on-topic for Software Recommendations Stack Exchange.

I have a 10 year old nephew who enjoys computers and seems be interested in the how they work.

I'm a programmer and would like to encourage him to try out programming but getting a 10 year old to sit down and do a for-loop in BASIC is probably going to be kinda boring to him.

Are there are software programs or web sites that fundamentally are trying to teach programming to kids but do it in a very fun way. I'm looking for something that he can just dive into without much instruction, as I don't see him very often.

Try Scratch. Don't start from the first with C++, BASIC. It's not very easy to learn especially for a kid.

With Scratch, you can program your own interactive stories, games, and animations — and share your creations with others in the online community.

Scratch is a project of the Lifelong Kindergarten Group at the MIT Media Lab. It is provided free of charge.

A little bit of a leap, but your 10 year old might want to try learning Python.

Python is a very easy-to-learn, fairly basic scripting language, while still having enough power to actually do something. (Comparing to Scratch, which I have found that kids really get bored of when they realize it doesn't have any real-world applications)

Yes, there would certainly be a learning curve. Obviously I do not know this 10 year old, but Python is certainly a possibility. Python gets pretty basic, so I think he could start to experiment with it fairly quickly after starting to learn.

Python introduces a lot of the higher-level language functions, so it is a good start for younger learners who will want to learn something more advanced in the future.

codeacadamy.com has a pretty good tutorial, and there are many more out there.

If you have a Mac you already have Python, and Linux usually has it installed by default as well. It can be easily installed on Windows as well.

More info about Python at python.org.

I recommend JavaScript with tuts provided by Code.org, they teach them how to build games and other stuff. The Tuts are built for these ages

I would build on the suggestion of python to add VPython, when a "program" like: 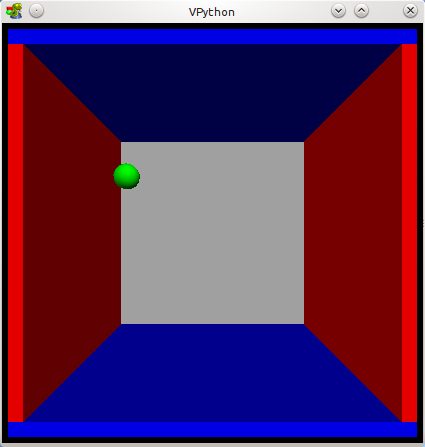 It is easier to get the interest of children. Both python and VPython are free and available on Windows, Mac (python at least is installed by default) and Linux, (python and often a version of VPython installed or in the core repository for most version).

Not the answer you're looking for? Browse other questions tagged software-development educational children or ask your own question.