I wish get your recommendations for central analysis of BSODs software. I have a bunch of dumps which I wish to analyze and understand the root cause for the system crash.

Which tools/applications could I use?

Nirsoft Bluescreenview is a nice tool to show the content of a BSOD the same way it was displayed on the screen. This is often sufficient to find out the data needed for googling a problem (like the STOP code etc.). This is fine if your task is mainly of IT administrative nature.

The central factor here is that it will collect all BSODs of one PC automatically.

The downside is: you can't do an in-depth analysis. It may be a starting point to find the right BSOD to be later analyzed in WinDbg (as mentioned before).

Regarding the central analysis of crashes, you can e.g. run it on a server and write scripts (MSDN) to automate the analysis for you. However, note that there are dozens of potential causes and writing a good script may take some time. The !analyze -v command already does a lot for you.

Assuming that you're mainly interested in debugging your own software (as opposed to doing Microsoft a favor and analyzing their issues), you have to set up your own symbol server (Stack Overflow).

WinDbg is very powerful and probably the only tool up-to-date with the latest versions of Microsoft Windows, since Microsoft itself uses it for debugging the OS. 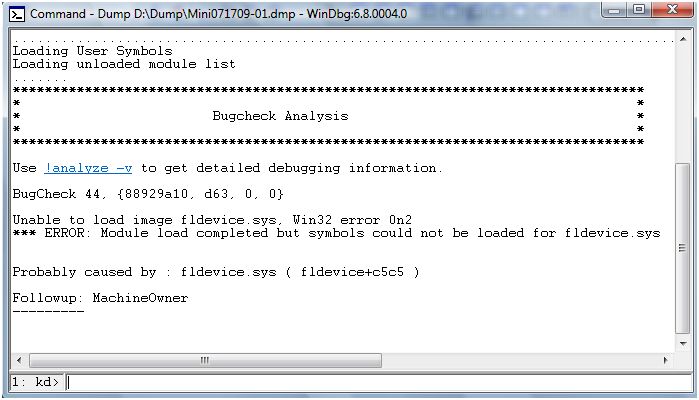 Not the answer you're looking for? Browse other questions tagged windows operating-system or ask your own question.

0
Is there a ready-made JS timeline chart?

19
Software for emulating multiple desktops on Windows
3
What are some C/C++ static analysis tools for finding dependencies in code?
2
Gratis Audio Visualization and Analysis Software
2
Tool for recording first chance exceptions without creating a crash dump file
3
Prevent Windows from shutting down or rebooting
4
Aquachem open source Alternative
1
Is there any software or tool for installing the operating system automatically?
1
Modern Linux-based operating system that can run on an old Pentium III system