I've been searching for a free Mac OS X image exif / metadata editing tool, with a GUI, but didn't find any.

I did find a python/pySide Qt4 tool called pyExofToolGUI by hvdwolf which should work on OS-X, not having a Mac I can't be 100% sure, I did find that for Windows 10 a little work was needed to get it running and will be posting my changes up later if anybody is interested. 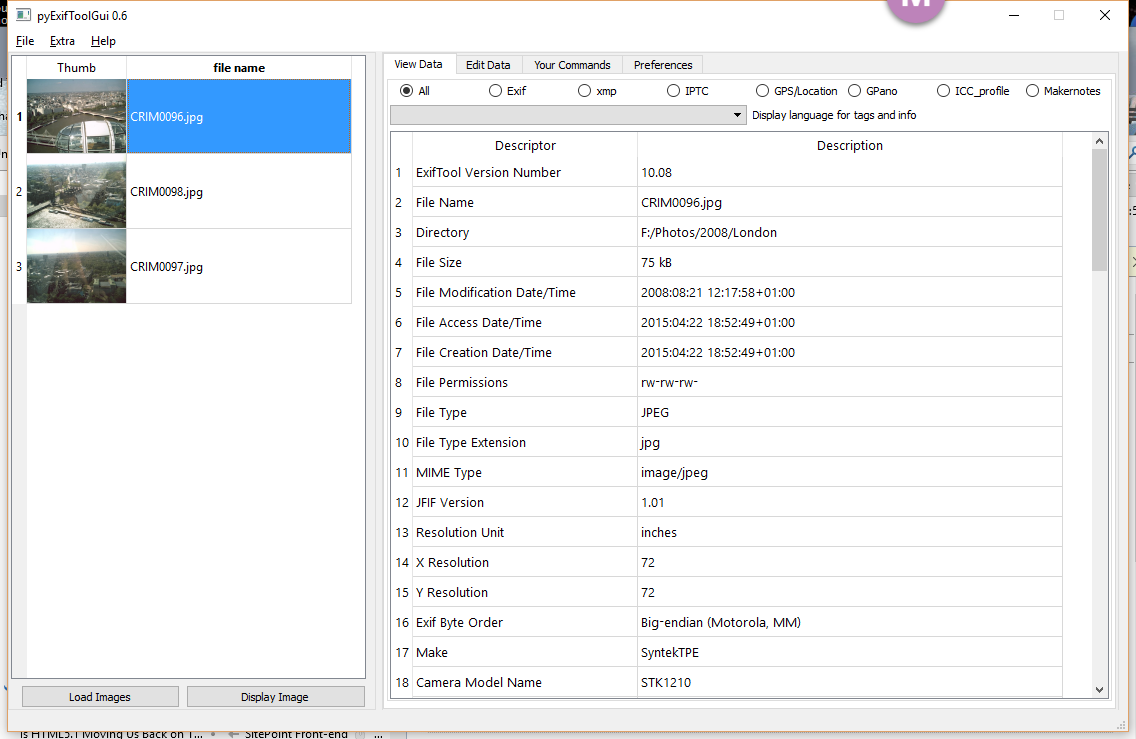 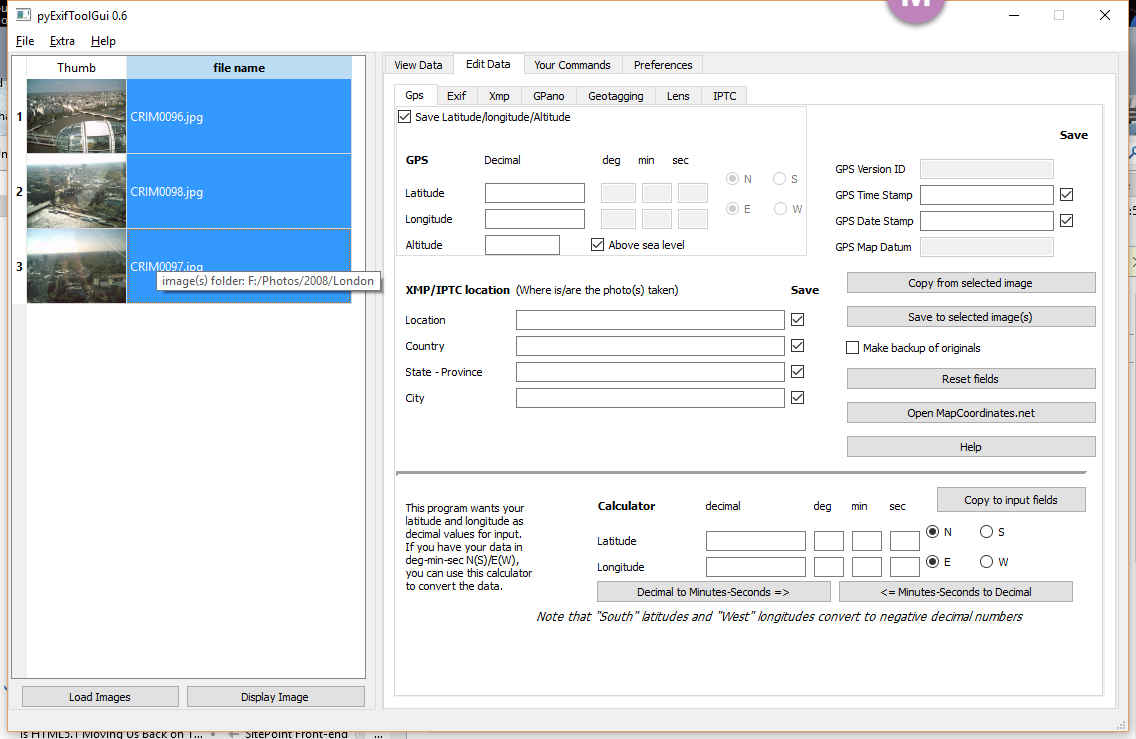 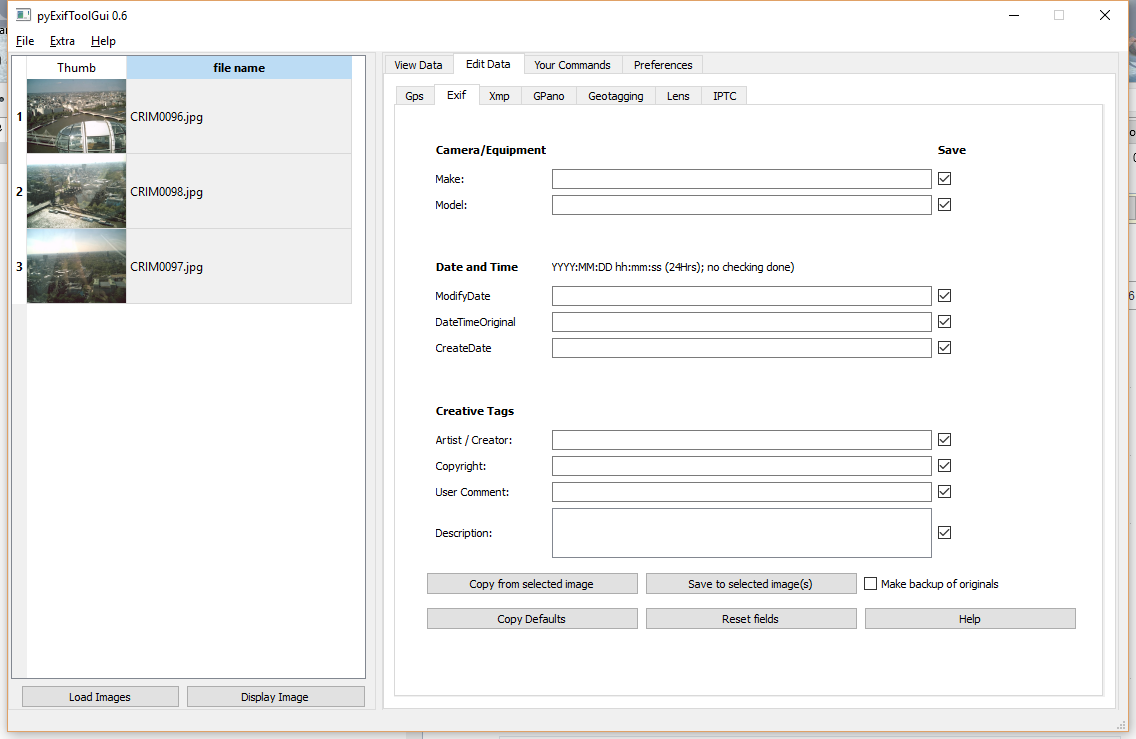 The above screenshots were taken on Windows 10 after a few tweeks to get it running, using Python 2.7.11 - I was unable to test under Python 3 as my current installation is Python 3.5.1 and PySide does not at the time of writing support > Python 3.4.x

For any windows users having issues I have committed the changes that it took to get things working for me, (Windows 10 Python 2.7.11), to https://github.com/GadgetSteve/pyExifToolGUI and have raised a pull request on the original. Update - Pull request has been accepted.

Not the answer you're looking for? Browse other questions tagged gratis osx images metadata-editor exif or ask your own question.