What is the fastest JDBC driver for Microsoft SQL Server?
Especially for SELECT operations with simple WHERE clauses, but also for INSERT and UPDATE operations.

It must also be reliable, free to use, and ideally open source.
It is for use within Apache Tomcat, if that matters. Memory usage is not a problem.

Both personal experiences and benchmarks welcome.

This benchmarks shows jTDS as faster for many tests, and in particular more than twice as fast as competitors for the "ResultSetReadAllRows" test: 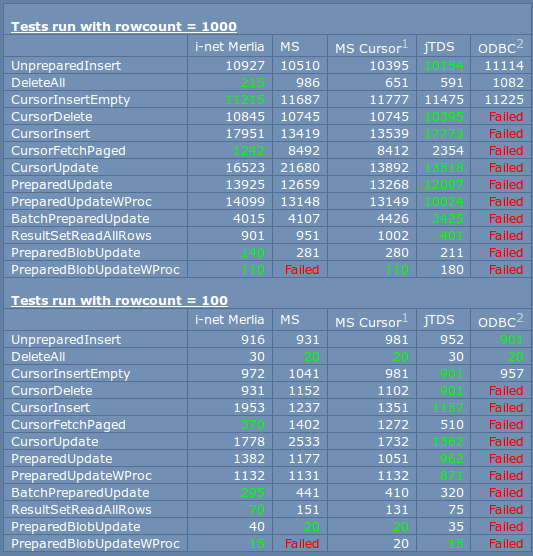 The benchmark has been made by jTDS, so I am not sure how reliable it is, though. Other benchmarks would be welcome.

Drawbacks: jTDS is hosted on SourceForge and the last release was in 2013, with the last commit in November 2014.

Not the answer you're looking for? Browse other questions tagged gratis sql-server jdbc or ask your own question.