I am looking for a software which runs Android applications on computer.

You should use a software called BlueStacks which is best known to install Android applications on your Windows machine as well as on your Mac.

As far as features go, there are not so many, the usual flow is after you install the software, it will download and install the runtime, and later, after it gets started, you need to provide your Gmail credentials for accessing the Play Store from where you can install any app you require.

You can also install WhatsApp on your computer using BlueStacks.

Here's the Download page where you can get the software for Windows as well as Mac. 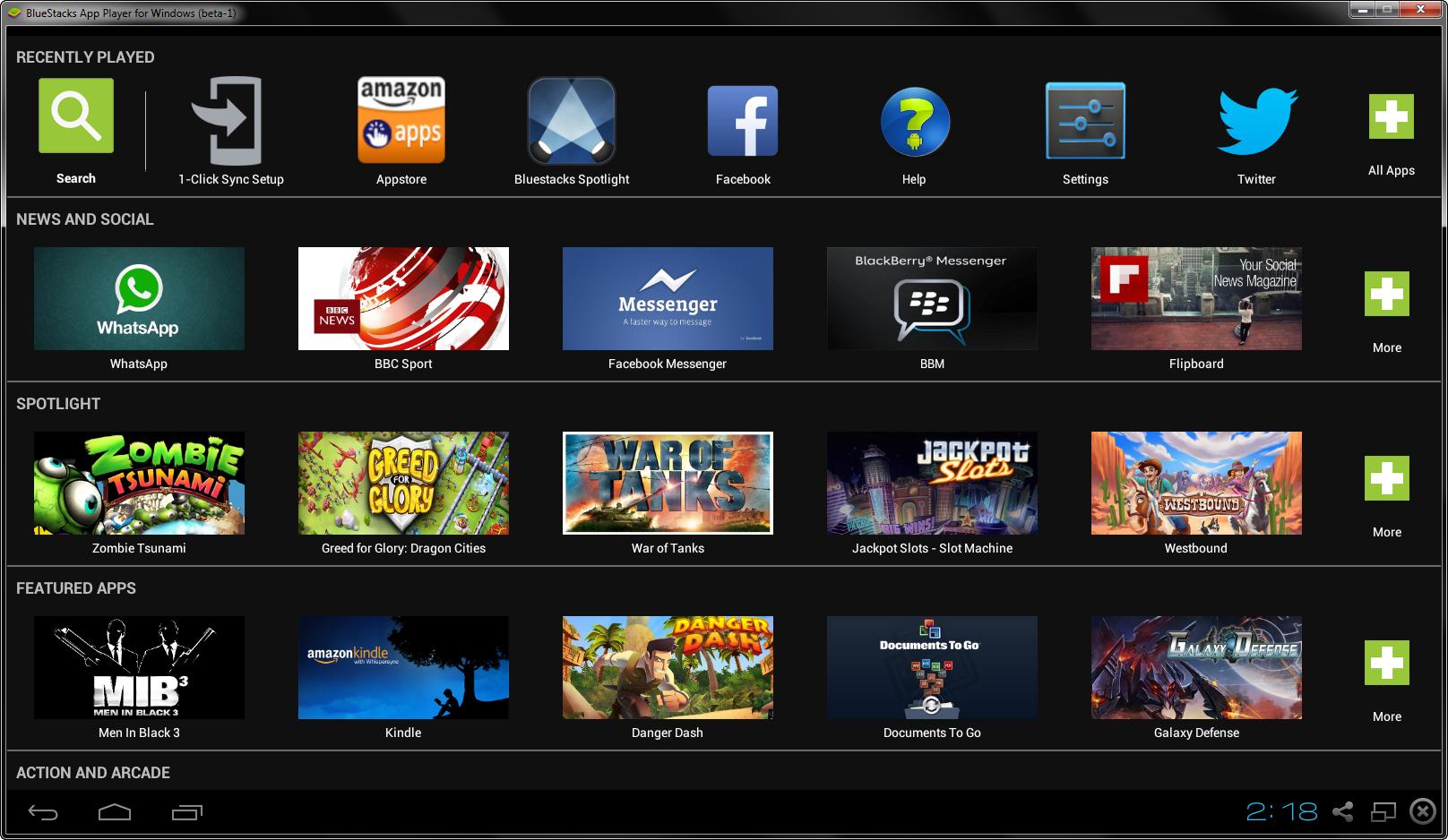 You can use Android-x86 + VirtualBox

Want to run Android on your PC? The Android-x86 Project has ported Android to the x86 platform from ARM. Android-x86 can be installed on netbooks with supported hardware, but you can also install Android in VirtualBox.

Android can be run as just another virtual machine, like you would run a Windows or Linux virtual machine. This allows you to play with the Android interface and install apps in a full Android environment on your PC.

Before you can get started, you’ll need both VirtualBox and an Android-x86 ISO to install inside VirtualBox.

You can easily play all your android games or run apps on PC using emulators. But I would recommend Bluestack over others . The reasons are :

Installing BlueStacks is as simple as running the EXE file. The program requires 2GB of RAM and just 74 mb of disk space. During the process, BlueStacks tells you it runs best with App Store Access and Application Communications enabled. You can uncheck those options, but it's not clear on that installation screen what they do. App Store Access means what it says: the ability to connect to Google Play or Amazon Appstore (which comes installed by default, along with 1Mobile Market, BlueStacks Charts, Facebook, GamePop, Swift HD Camera and Twitter). Application communications, however, per BlueStacks' privacy policy, dictate that you allow BlueStacks to contact you via text messages, push notifications and/or email. I left these enabled (and haven't received any spam from the company in about a month of testing), but you have the option to opt out.

It does take a while (5 minutes) for the program to initialize for the first time. While you wait, BlueStacks showcases the kinds of apps this program was mainly developed for: games.

Not the answer you're looking for? Browse other questions tagged android or ask your own question.