I just left Dropbox due to privacy concerns, and started using BitTorrent Sync which I already love.

While I wish BitTorrent Sync becomes hugely successful, I am also wondering whether there is any Open Source equivalent?

I know rsync and unison, but they miss the QR code UI that makes it so easy to share secrets between smartphones.

Not present in BitTorrent Sync, but bonus for:

Non-mobile UI can be a local web server or native, but I am OK with command-line in early stages of development.

Syncthing is a file synchronization program which is: 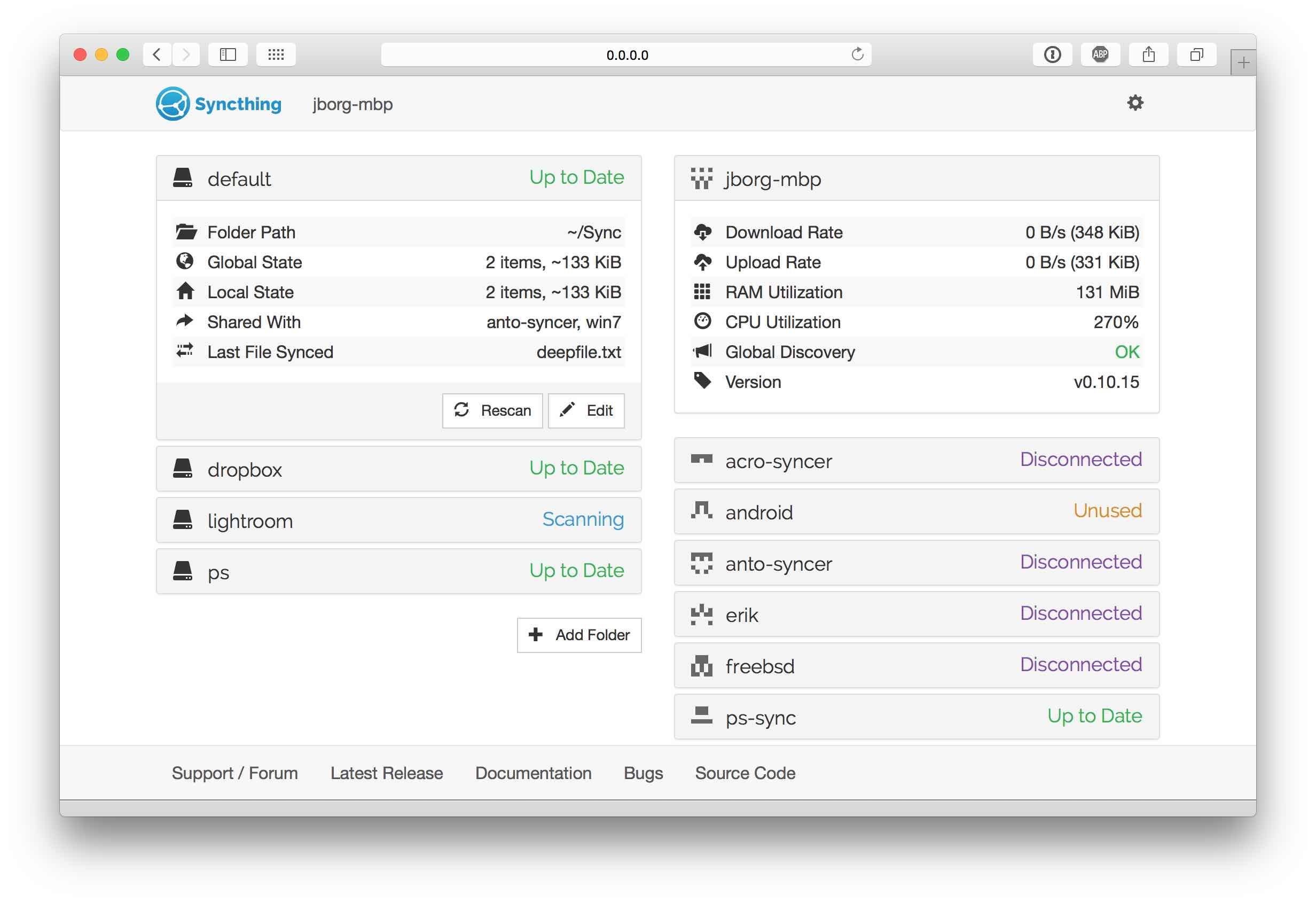 An Ubuntu indicator is available, it also integrates in the file manager (Nautilus, Nemo and Caja).

It does handle QR codes.