Code Jumper is a time-saver extension/plugin for Visual Studio that adds a kind of navigation panel to easily jump between the members of your code with a single click.

For big APIs it's really useful because it avoids scrolling thousands of lines, opening #regions, hidding Xml documentation, searching for a method or member name, etc... its a must-have, because It really saves a lot of time: 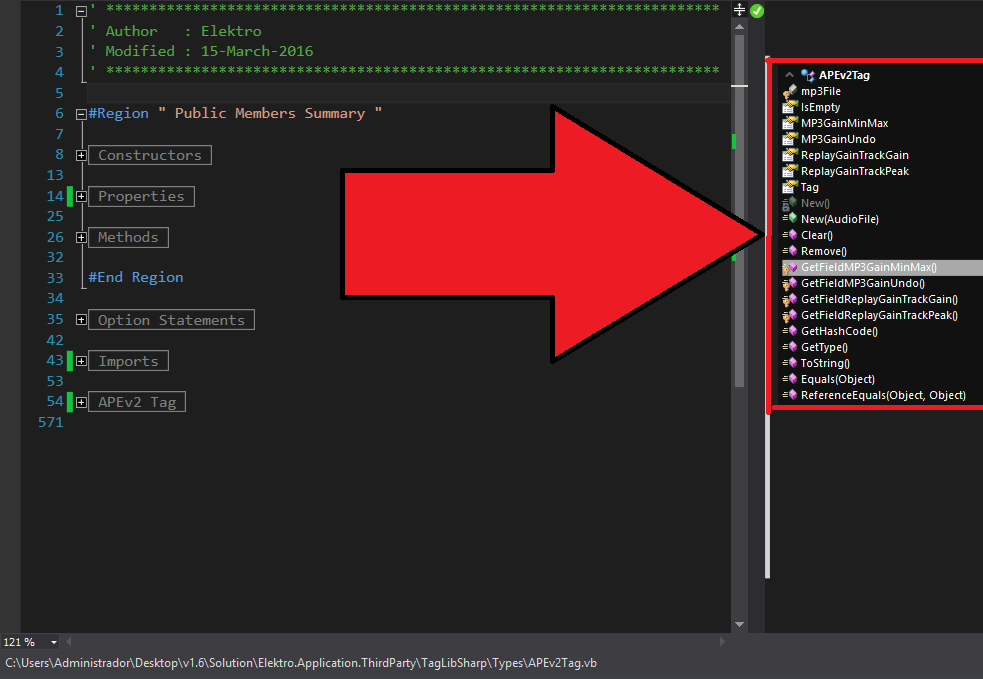 However, Code Jumper has two big problems, one is the poor performance of the extension, which slows the code when exists +1000 lines of code in a class, and the second problem is that it can't parse Vb.Net Modules, no matter what says in the product description, because the reality is that it can only parse classes (Probably the author wrote that it can parse Vb.Net because he didn't knew the existance of Vb.Net modules...)

I'm just in search for a better alternative than Code Jumper.