I'm looking for a media manager similar to Itunes>Ipod, that can sync folders to a portable MP3 player via selective Itunes playlists taken from the ItunesLibrary.xml file on Windows Music Folder.

I've bought a new portable MP3 player that has flash memory, and so it's similar to an ipod, although I can add folders of music to it similar to how it's done on an android. This player can also read txt ebooks, and display photographs, etc.

I'm looking for a way to manage the music on this media player via a windows software. Something similar to Itunes: Create playlists, and sync playlists. Although if possible, could it have an itunes import from the iTunesLibrary.xml too? Winamp can import the itunes library and playlists, so I was hoping if there are more softwares with the above requested features including the iTunes import?

EDIT: These two questions seemed similar, although both have different reconsiderations.

You can check out MusicBee. It's a great media manager/player application for windows with playlists and everything.

Although I've not checked its syncing abilities, I've copied songs and playlists to different devices and it works really well.

Well, I couldn't find an app to directly import playlists from Itunes to a usb drive's folders, although found this music player called Aimp. 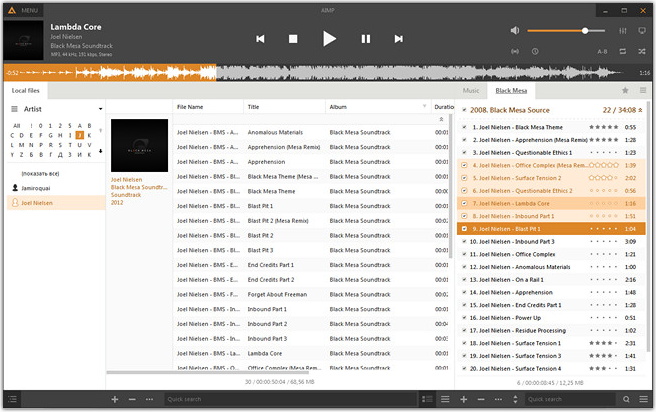 With this player I can transfer it's playlists to a portable mp3 player. Although it doesn't import playlists from Itunes.

Therefore, I created a utility on my own that now allows me to convert itunes playlists into normal .m3u playlists for import to AIMP.

Here's the Utility/Webapp that I've created for converting Itunes playlists into .m3u playlists.

Not the answer you're looking for? Browse other questions tagged windows file-synchronization portable media-manager or ask your own question.