Antivirus which removes the CryptoLocker trojan

I am looking for antivirus working in windows (7/8/8.1/10) which is able to remove Cryptographer virus completely. Can you recommend an antivirus which kills this Trojan that encrypts the files?

According to Symantec, they have a product called Norton Power Eraser (NPE) that should be able to remove the Cryptolocker virus/trojan. For information provided by Symantec, see this page. At the time of this writing, it was last updated on August 6, 2015, 3:39:36 PM.

You can download the latest version of this program from this link.

Is something not quite right with your computer? Are you being plagued by pop-up windows trying to get you to download security software or alerts claiming your PC isn’t secure? It sounds like you’ve been infected with a type of threat known as “scamware.” The solution? Norton Power Eraser.Norton Power Eraser is specially designed to aggressively target scamware. It uses our most thorough scanning technology to eliminate threats that traditional virus scanning doesn’t always detect, so you can get your PC back. 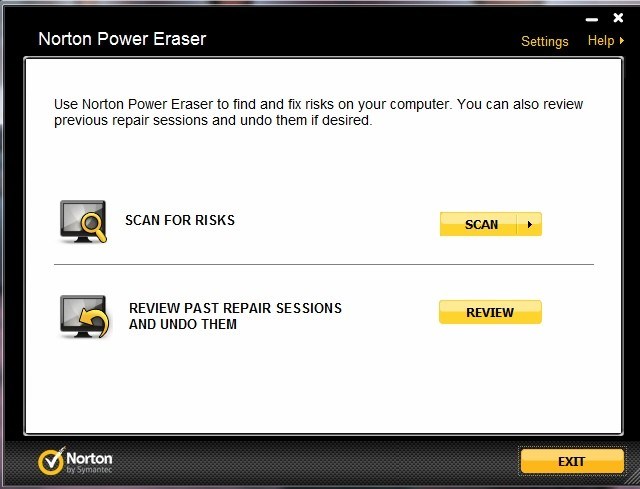 While not explicitly an AV solution, I've tried a few solutions and have settled on Rollback Rx. It's a solid program, it's recovered my PC on a handful of occasions from Cryptolocker or other malicious content.

The only downside is that the program needs to be installed on a clean system; it can't be used on a system with Cryptolocker. Still, in terms of performance and pure reliability in resolving the issue I think it's an easy choice.

Avast! Antivirus detects all known variants of CryptoLocker thanks to our automated processing and CommunityIQ,” said Pavel Sramek, researcher and analyst for the avast! Virus Lab. “There are less than a dozen; this doesn't seem to be a case of rapidly mutating malware.”

AVAST users should be safe from infection during the short period when the malware is new and "undetected" as long as AutoSandbox and DeepScreen are active. “The infection is prevented by means of a dynamic detection,” said Sramek.

Avast Free Antivirus 2016 offers an antivirus and anti-malware protection, along with features you're most likely to need, but would rather not think about - like one-click system checks, and unwanted toolbar removal. The free home network scanner now detects 12 more types of router vulnerabilities, and a new password manager feature means your antivirus can now save, and encrypt, all your passwords.

Not the answer you're looking for? Browse other questions tagged windows antivirus or ask your own question.