I'm trying to identify a cartographic package suitable for the production of astronomical (star) charts. The principal criteria are:

I'm aware of and have used Stellarium; my original post was not clear. The goal is to produce star charts for a printed atlas or for digital image files such as PDF that can be printed or published as a book.

It's not feasible to print star charts that represent white stars on a black background. The standard sky atlas format is black or colored symbols on a white background. Stellarium also does not support labeling of double stars, because it does not contain a double star database.

The program should run on Mac OS.

You can almost certainly do all of the above with Stellarium:

Screenshot on Windows 10 of the basic user interface with constellations enabled and a star selected, location set to Weston-super-Mare, UK, FOV 60 degrees: 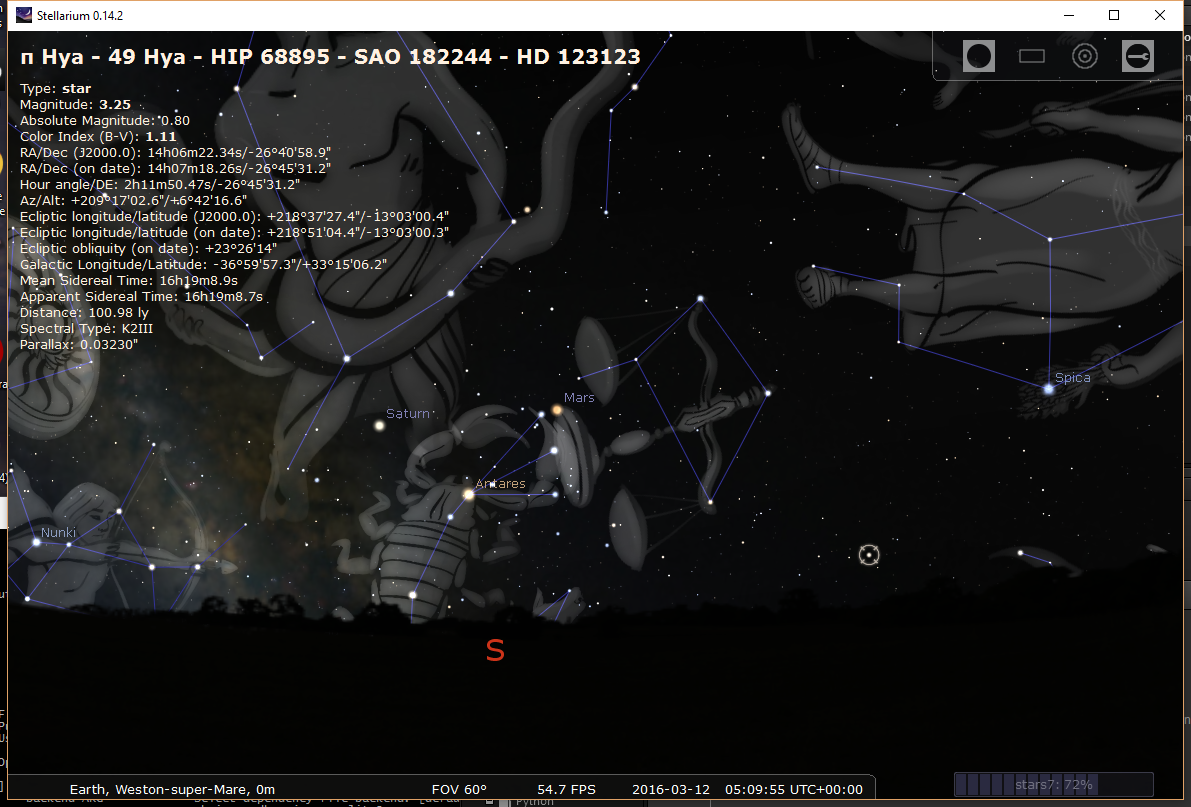 With some of the options available: 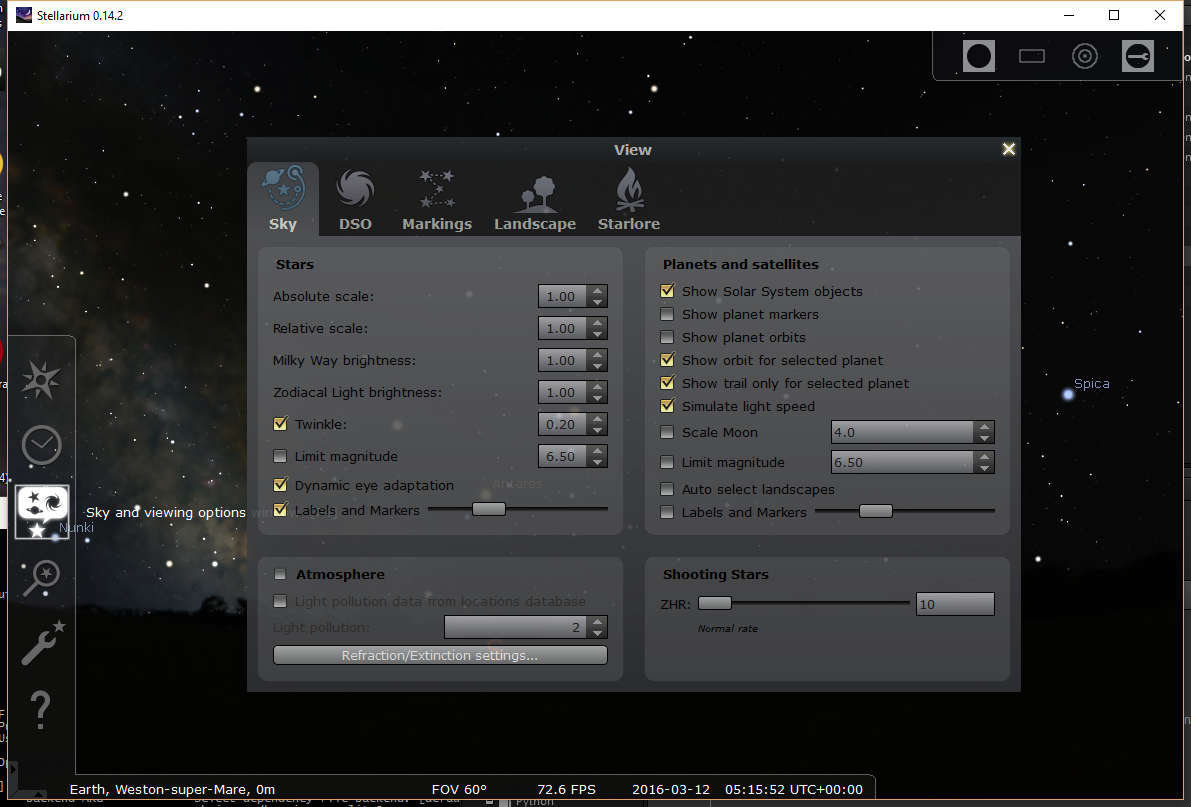 5
Looking for power management software for Mac?
7
Star System and/or Galaxy modelling/procedural generation software
2
Sky camera software with motion detection and color change detection
4
Android starmap (app) for watching stars and satellites
5
Sun positions app for Android
8
Linux software for drawing star charts
2
Software for rotating gerbers/excellon?
3
Software to find what planets and stars I can see from my location and their position in the sky at a given time?