I'm looking for a task manager service that offers two-way sync with Google Calendar (for tasks with due and/or start dates). My requirements:

One product consistently comes out on top: GQueues.

I am now actively using GQueues. I am still actively testing the other options as they progress (or as new options become available); GQueues is basic but hits on all the required points, even if it isn't flawless.

Many of the projects below will say "we have sync! Just use Zapier/IFTTT/etc", but that is invariably only one-way, create-only sync, so any update on either side and the registration will diverge, which makes sync sort of pointless.

I do not count the existence of an iCalendar feed as sync -- it is read-only on the GCal side, and updated irregularly.

Downsides: the body of your tasks as they show up in Google Calendar has metadata in them, which you should not remove. Also, moving tasks around in GCal through eM Client causes task duplicates on every change.

Needs to work on the basics before it is actually usable. I can not recommend it in its current state.

There is no task import, except via Google Tasks, so import is out.

Unless you go through the effort to split out all your tasks into projects, massage them into a format that DT will understand, and then one by one import these through https://import-tasks.appspot.com/main, activate google tasks sync for the desired project, deactivate, lather, rinse, repeat. The UI slows to a crawl while doing this.

To then find that there is no way to move groups between projects.

And while tasks within groups can be moved, you have to then manually regroup them.

Oh, and there is no way to multi-select tasks to do bulk edits -- everything is task-at-a-time, so moving these tasks is grindwork.

I'm trying to love this thing occasionally, but they really need to work on usability, not just the visuals. The visuals are great, but every time I try to move my work there (4 times so far) I end up spending hours of work to overcome the last roadblock only to find the next one, and then rage-quit. Buying pro doesn't help -- without pro, the above isn't even possible.

I'll probably find the next major (un)usability issue when I'm tempted to try it again in a few weeks.

Hitask (free, but I do not recommend its use)

hiTask purports to have an API (which means one could in theory implement import), but it doesn't work, and it is next to impossible to reach anyone in hiTask for questions of any kind. As it thus seems that hiTask is functional but essentially abandoned, I would not recommend storing anything of value here.

IQTell ($4.16/month, but I do not recommend its use if calendar sync matters to you)

iCalendar feed only (some products will claim this is sync. It is not.)

Has some sync features, but not tasks to calendar

No sync at all

I used to use Zendone, which works well if you are an Evernote user. This has tight integration with Evernote and Google Calendar, and it has two-way sync with Google Calendar (you can create events directly in your Zendone calendar and they show up in Zendone).

For your Share need, you could just share to Evernote, which would make the task show up in your GTD Inbox for processing.

I use something called ClipPod which basically "embeds" a todo tool inside my Calendar instead of sync'ing it with another standalone todo tool. It's quite neatly done and works well. Here's a screenshot: 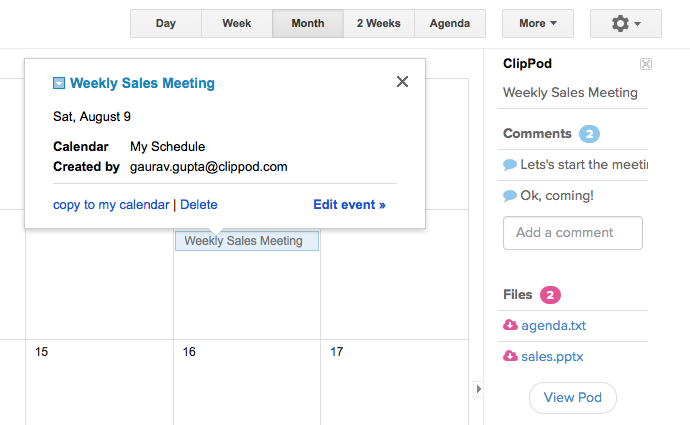 it's called TasksBoard, try it out and let me know what you think ;) 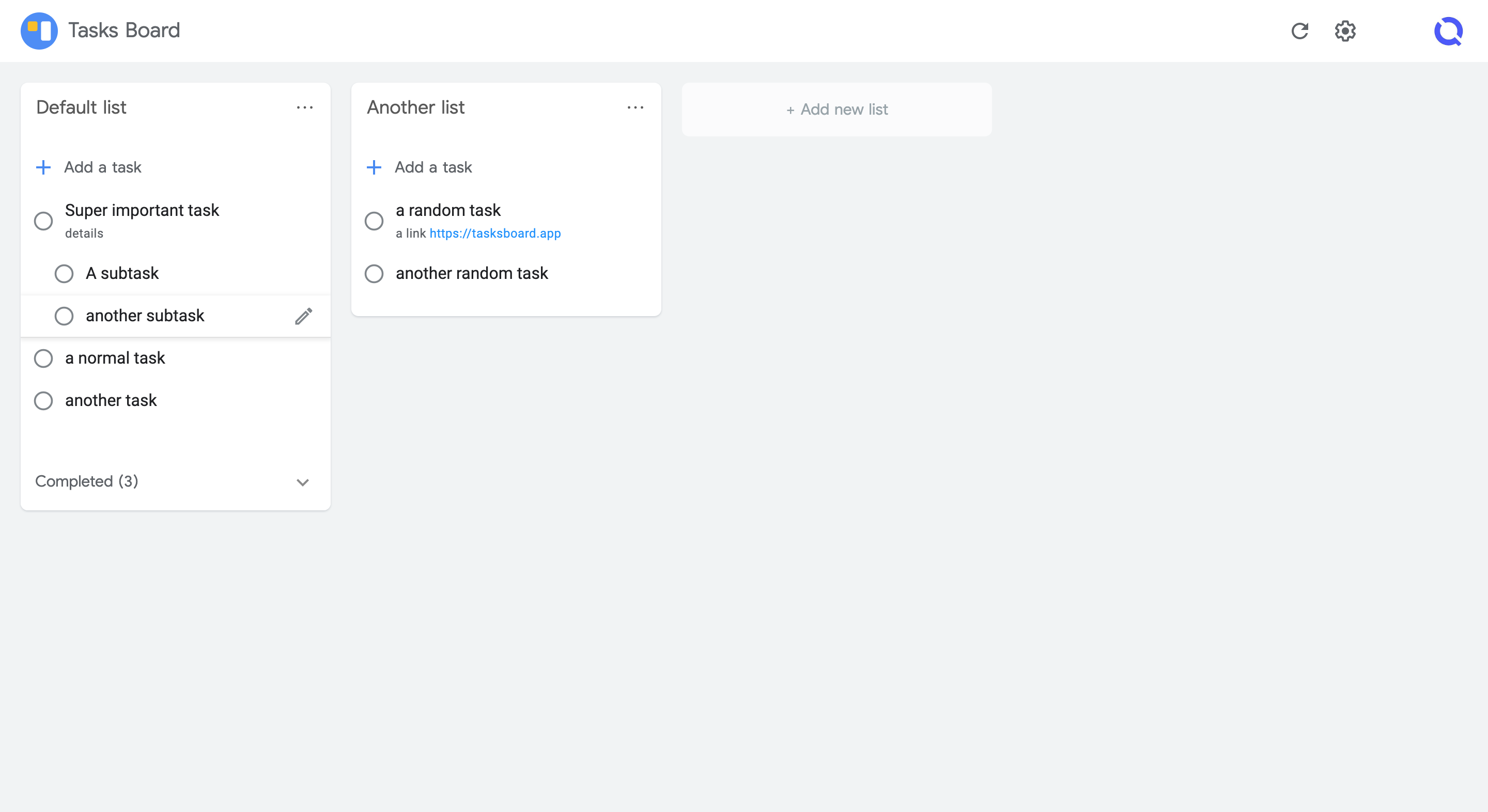