I use OsmAnd+ on my Android device(s) and I'm quite happy with it - both maps (OpenStreetMap) and navigation are good enough. One of the main thing I feel is missing though is some sort of real-time traffic information (which doesn't appear to be a feature available as a plugin, for what I can see).

Ideally, such information should be displayed directly on the map and updated as needed with the availability of an internet connection (so it cannot obviously work when offline).
Basically, I'd like to have something like Google Traffic, where a live traffic layer can be turned on/off on Google Maps and the traffic flow displayed with different colours depending on vehicles speed: 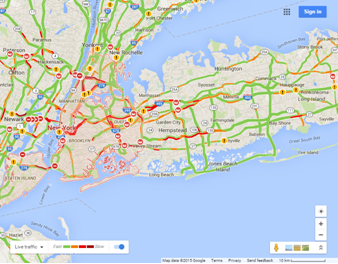 A plus would be the integration with the OsmAnd+ navigation system and some sort of automatic route recalculation based on traffic conditions, but that's not really a must-requirement for me.

So, does anyone know of a plugin for OsmAnd+ that is able to do that? If not, is there any other way to display such information within OsmAnd+?
Even displaying somehow the Google Traffic layer would be acceptable - but hard, if not impossible, to achieve, I presume.

My geographical area of interest is Western, Central and Southern Europe.

A one-off paid solution would be OK.

There is a project at trafficpixel.tk providing the possibility to add speed points and display the map as overlay in osmand too. 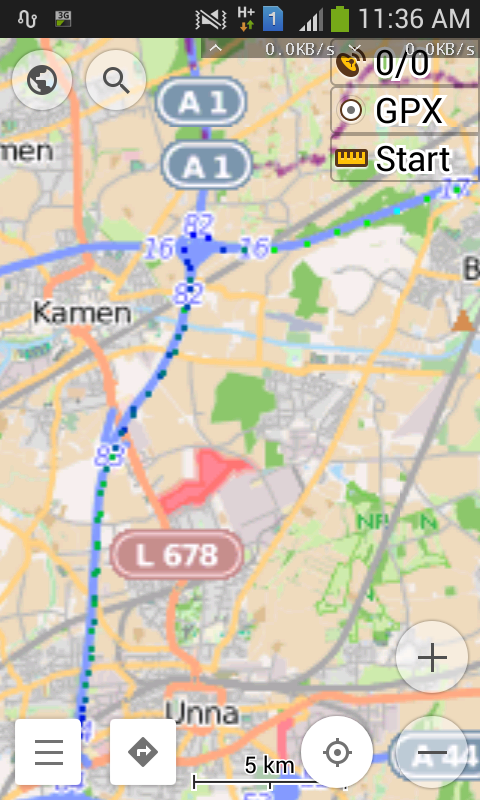 I managed to import Google Maps into OsmAnd's car map manually by following this tutorial. You can learn it from this video. In the screenshot below you can see the result: In this example I decided to set "avoid road" (3x), because Google Maps signalized in red color that the traffic had been blocked in past few minutes. If you have the correct mobile phone tariff, you can use sufficient 32kBit/s Internet access for free. I hope, one day OsmAnd~ will make an easier integration of live traffic updates. On Github there is already report #1432 about this issue. 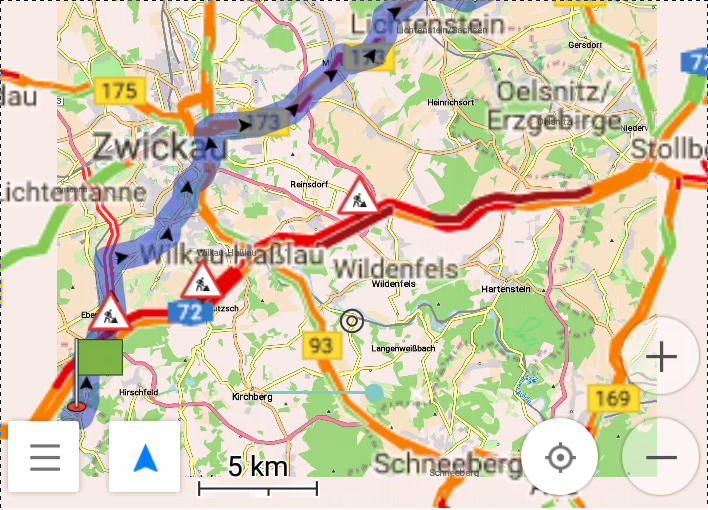 For (just) displaying traffic one can use OsmAnd overlay/underlay maps in the configure map settings. Yandex Traffic covers only some countries in Eastern Europe (wiki, in Russian), we need layers for other countries too. Overlay maps do not affect route calculation. 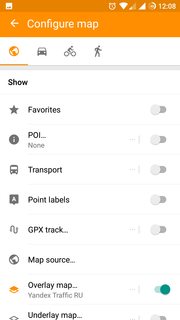 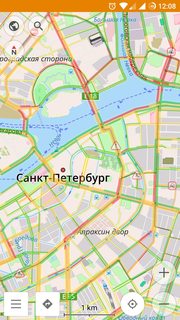