I'm looking for some sort of project planning software. The most important feature is a chart showing the current resources (programmers) as columns/rows, time as the other dimension and the ability to move projects around and get an overview.

If a project is estimated to take 40 hours, that corresponds to a certain area on the chart, no matter if it's divided on 3 people or 1. An individual who only works part time or is new in the company would of course get a thinner columns since he/she can't be expected to get as much done per week.

Since time estimation is so hard, it should be possible to change the estimate as the project moves along, the chart should then adapt itself, moving projects forward if the first project is delayed.

I drew an image of two plans for the same work, each square is a project or part of a project, notice that Stefan only works part time and that Josh has a permanent bar representing his duty as server maintanance guy: 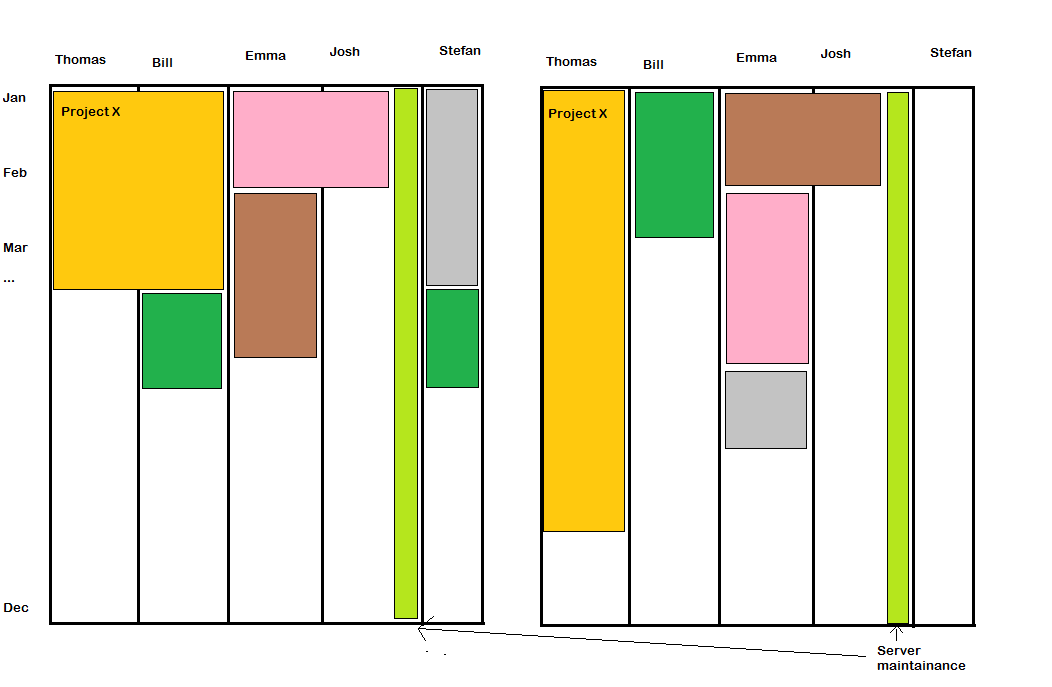 On top of this, I would also like all the common project management features, every project should have a bunch of datalike requirement documents etc.

I understand the odds of there being a perfect fit here... but something along these lines would be great.

I am not sure, but maybe ABC Roster can do, what you want.

It has some charts: 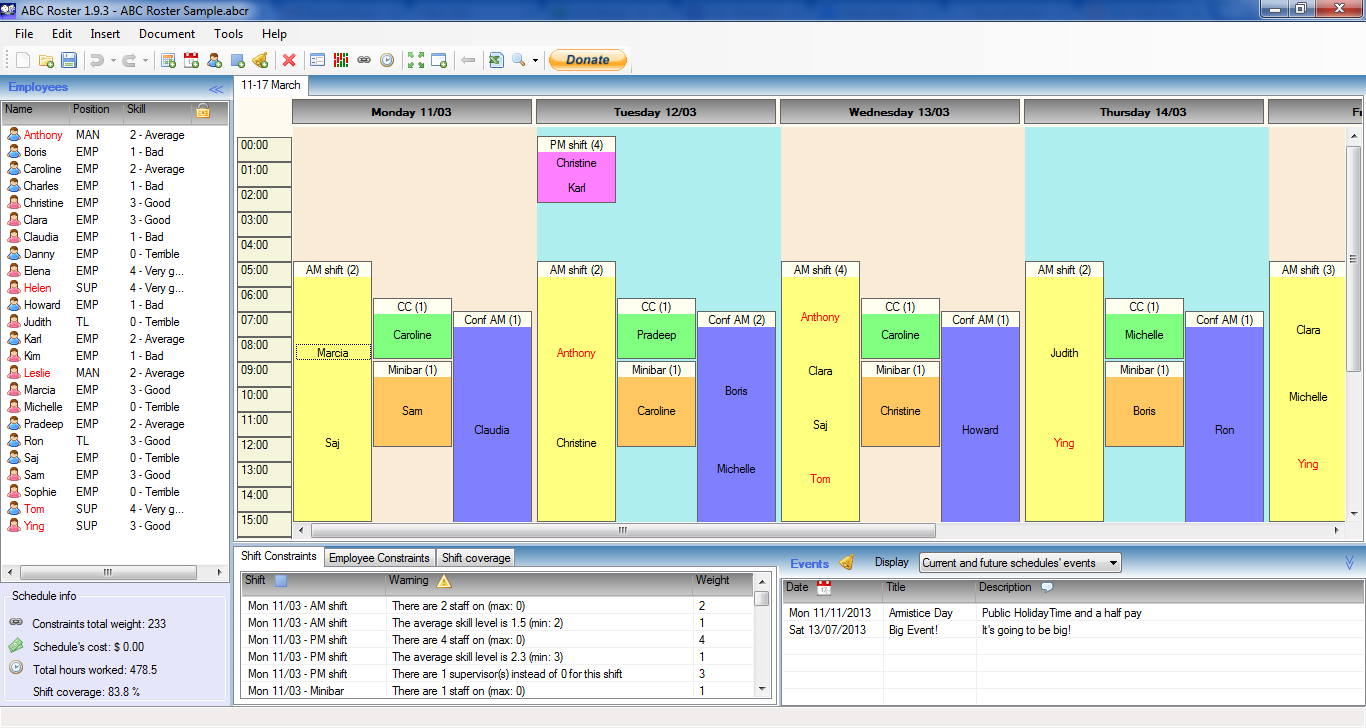 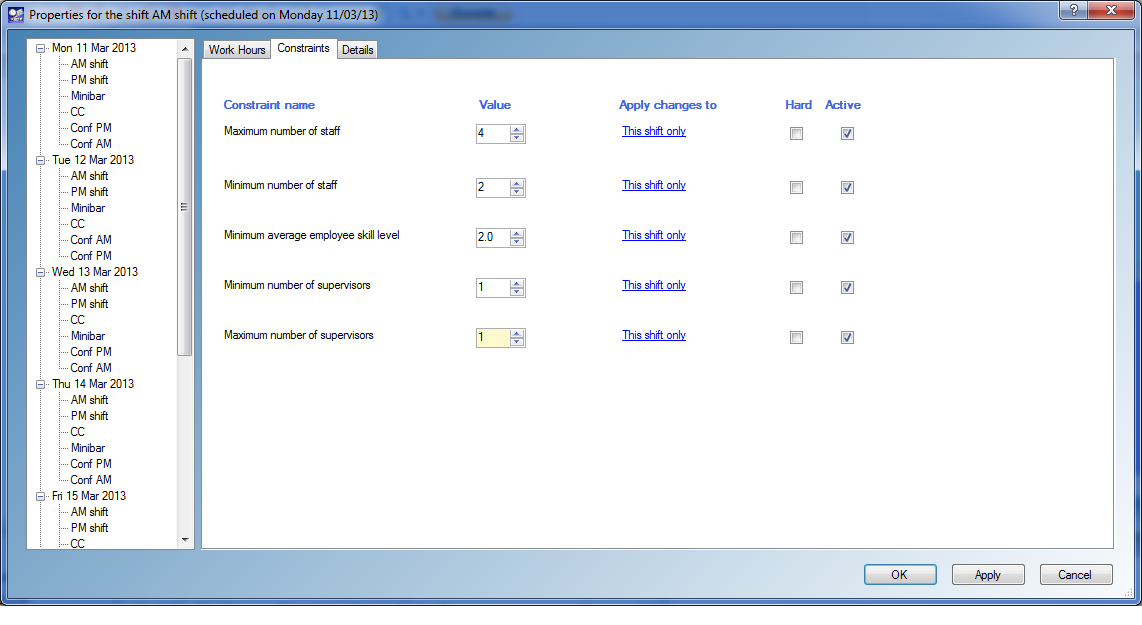 It is not Gantt chart. But for Gantt chart, I know other software: OpenProj, GanttProject, ProjectLibre.

Not the answer you're looking for? Browse other questions tagged project-management charts scheduling or ask your own question.