I'm looking for a plugin that provides version control (specifically using git for WordPress. I would like the plugin to meet these requirements,

Some features that are not requirements but wanted are,

So far, the only plugin I've seen meeting these requirements is VersionPress. It records both changes to any file in the filesystem and tracks changes make to the database. It tracks users (and their email) for any changes made and associates them with the commit. Anything done by WordPress itself is tracked by a user called "Non-admin action". It has both the ability to revert commits and the ability to roll back to commits. It creates its own git instance (does not need to connect to GitHub but it does have the ability to do so). This plugin is still in development and is currently in the Early Release Stage. It is scheduled to be released in Q1/Q2 in 2016. After contacting them, I've been told that a pricing model has not been set up yet but this is what they said,

New pricing is not announced yet but we will very likely move to a SaaS model which will be yearly subscriptions for various services (think off-site backup). Early Access members will have a discounted upgrade path from the EAP but VersionPress itself, or at least its core, will very likely be free.

Honestly, I'm really exited for this. This will make backup larger instances of WordPress sites much easier as it will greatly reduce the size of backup storage and make versions easier to restore to and will make development ten times easier as well.

VersionPress keeps historic revisions of everything in a site. It is the undo button for WordPress, allowing you to roll back to any previous state of the site.

But it is even better than your common undo button in a text editor / word processor. You can selectively undo past changes, keeping the newer ones, do painless synchronizations between multiple instances of your site, organize team work, etc.

VersionPress brings the power of Git to WordPress. We version-control both files and the database, in a clever way that is friendly to diffing / merging. 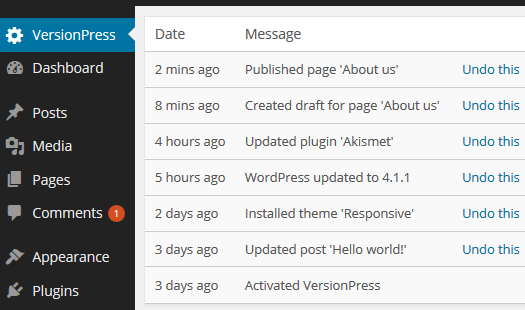 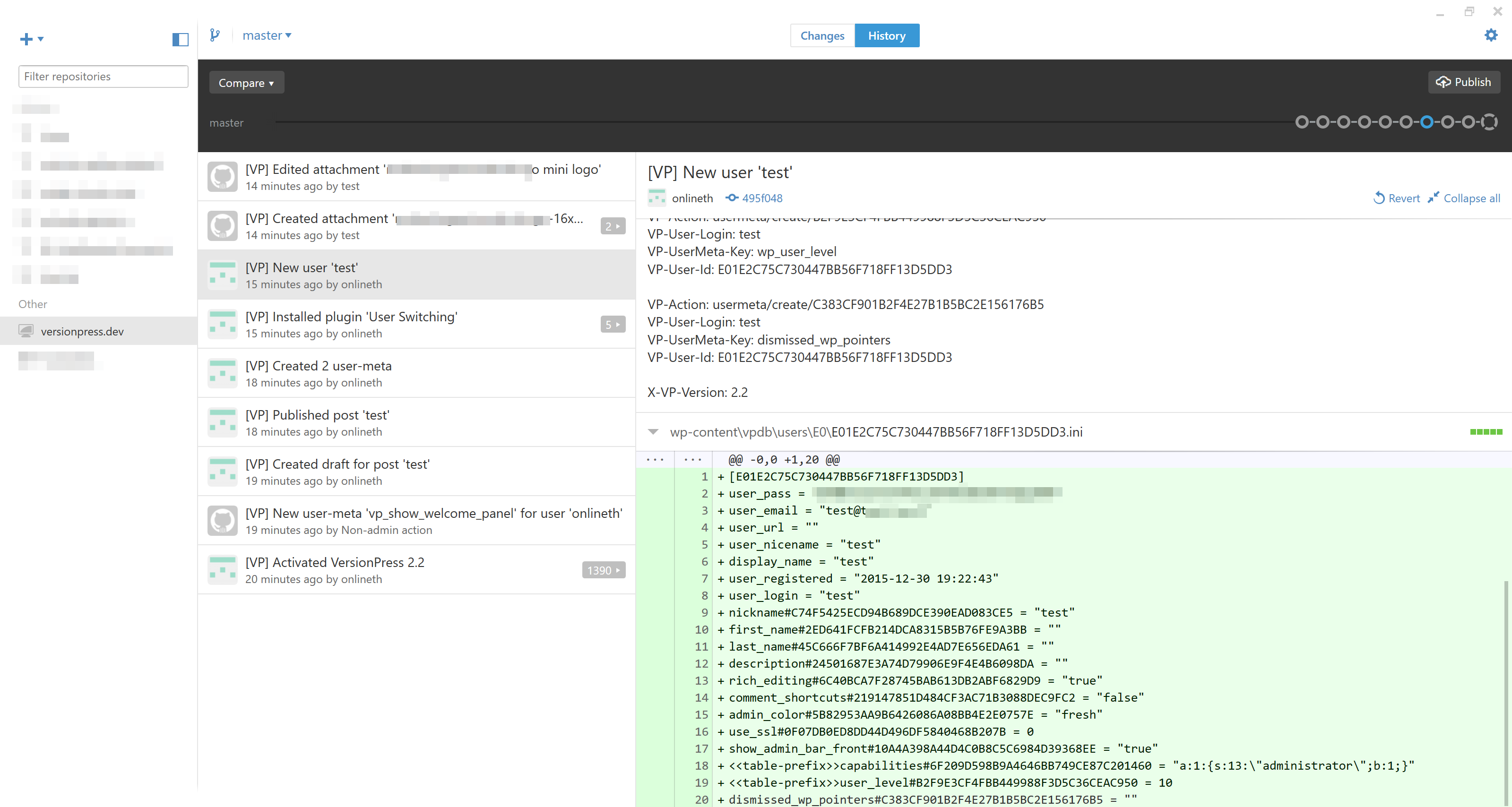 Not the answer you're looking for? Browse other questions tagged wordpress git version-control or ask your own question.