Is there a web app where can I search for books by tag?

Is there a web application where can I search for books by tag? Not by its genre but rather by reader-subjective applied tag, for example I'd like to see all books which have something to do with snow, skiing, winter, Arctic and things like that.

I realise you asked this almost a year ago, but in the event you still you haven't found something, I thought I'd answer your question.

The closest thing I know of to what you're looking for is Goodreads. In addition to allowing users to categorise books by the usual genres, Goodreads also allows them to be sorted into what it calls "Shelves". Shelves are sub-genres that function as more powerful extensions of the usual genres; they're created by users to categorise the books that they save, and they can describe anything from mood to era to aesthetic, making them essentially tags by another name.

You can find all the Shelves that are available here:

And the following screenshots narrow down books by the tags Shelves you were looking for. 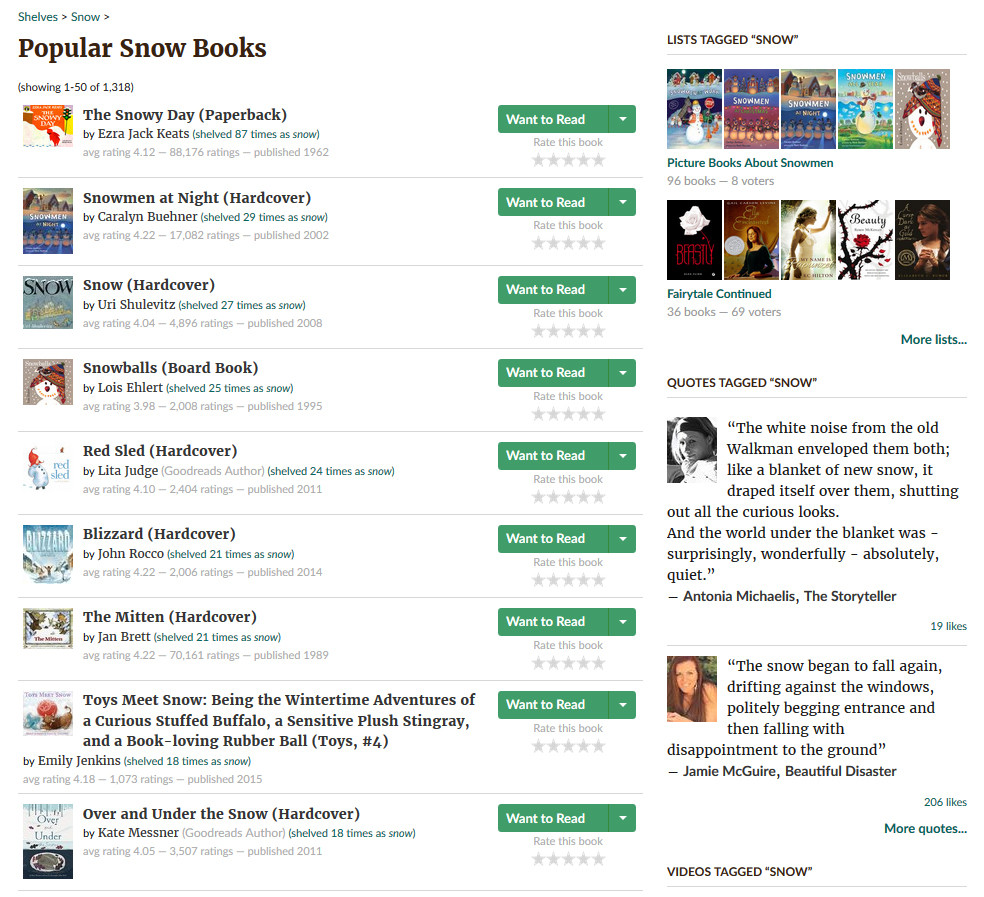 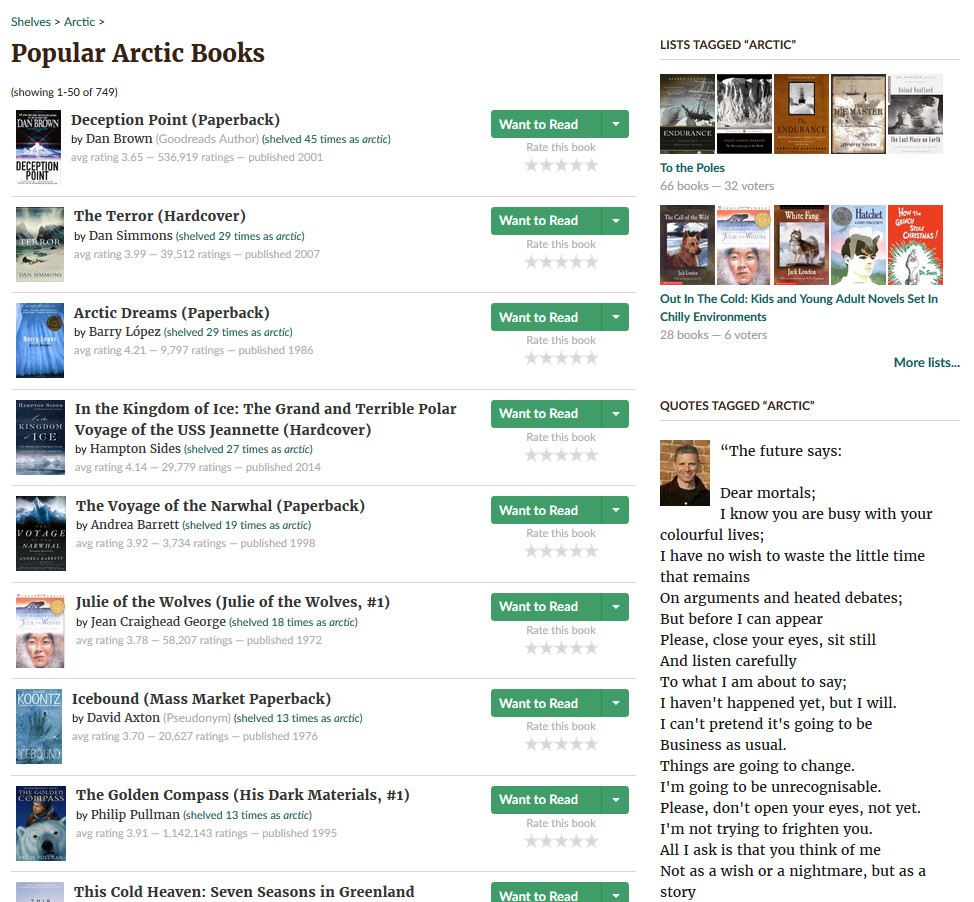 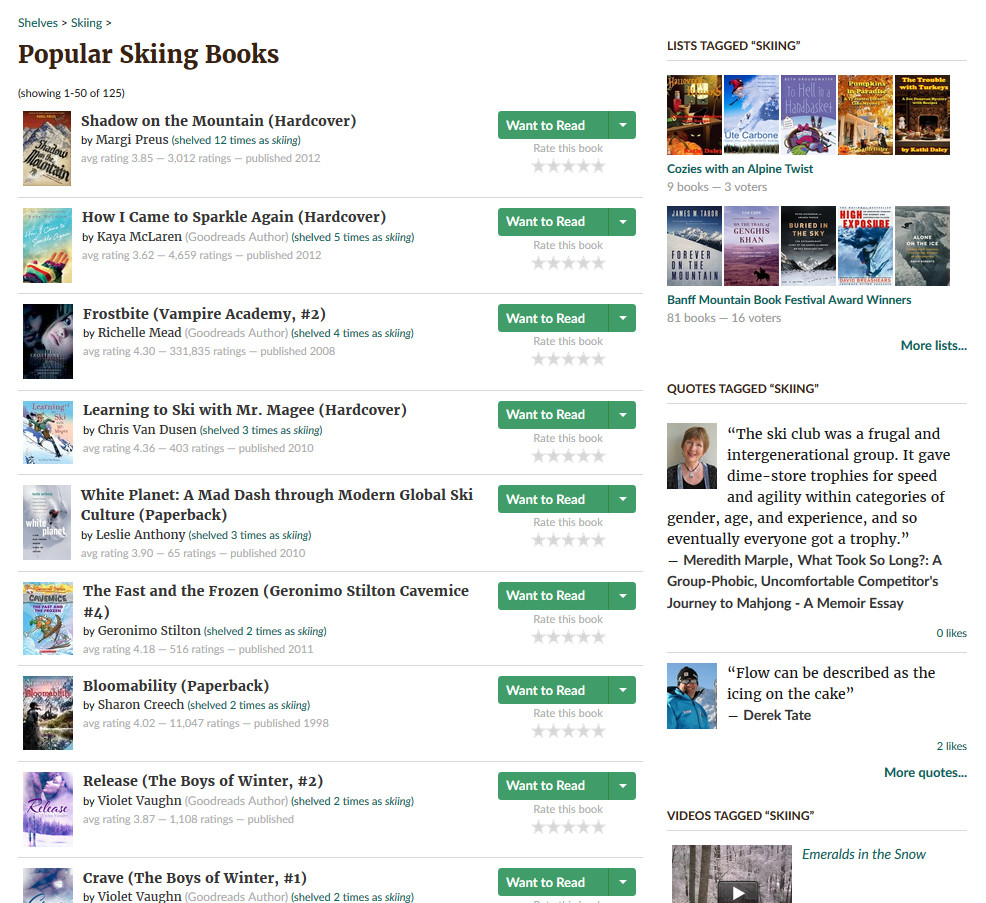 The only disadvantage of using Goodreads is that Shelves seem to be a relatively underutilised feature, especially in proportion to the rest of the site's functionality. This leaves open the possibility that there exists a web app out there which is both designed with tagging in mind and has a user base that utilises that functionality more, making it a better fit for you than Goodreads is - but again, I don't personally know of one.

In addition, it's worth bearing in mind that Goodreads is currently the largest, longest established, and most popular book-logging/cataloguing web app out there - being currently owned by Amazon - so there's a good chance that the sheer size of its user base makes its current tagging functionality a lot more useful to you than if you were to find a more focused but relatively obscure alternative.

Not the answer you're looking for? Browse other questions tagged web-apps search or ask your own question.

6
Web app for tracking arbitrary personal statistics?
2
Twitter web app which stores and displays tweets
3
Open-source software for online library?
1
A web-based, realtime shader editor with support for custom textures
1
Search engine to which I can apply my own filtering/reordering
0
Stack suggestions for hobby based cloud web app
0
A notes app that can store connections between notes?