After the more recent updates of ES File Explorer, my views of them have declined from love to indifferent thanks to their decision to include bloatware. Seeing how many users share the same view, I feel its about time change bandwagons.

I'm looking for a complete android file manager to replace ES as my de facto manager. I'd like the same features like a basic explorer, root explorer, and of course networking capabilities, namely WiFi direct transfers for droid to droid transfers.

So far in my search I've found a few like Astro, File Commander, File Expert and so on (some require extra plugins). They are all complete managers like ES. I rarely go out from under my rock so I'd like to ask for your opinions on other complete Android file managers.

I prefer a freeware alternative.

Thank you all for your suggestions, I'll try out each of them in hopes of finding a replacement. Huge kudos to Izzy for his/her list.

The reason why I loved ES so much was because it is a Jack of all trades: it can do anything and everything, not specializing in one thing. Adding in another tool's fine, but as Mawg said, I'm ancient, ey. I hate how stupidly simple modern technology is, and I prefer how everything back then was manual with no notification or something trying to think for us.

WiFi sending is also important for me because not everyone's covered by WiFi 24/7. Being able to backup a game (with DISPLAYNAME_VERSION) and sending over via hotspot and WiFi combo was important for my friends and I. Sure, there are individual apps like Software Data Cable, Xender, Superbeam, and so on but I prefer a Jack of all trades. Having tried out many suggested and a few explorations, it feels like ES truly has no competition. Some come with app managers without WiFi sending, and some come with WiFi sending without managers.

I'm sorry if I've offended anyone, but I feel a workaround answer is to use an older version of ES and wait out the storm. I'm hoping other apps try to capitalize on this blunder, here's to hoping they the Jack of all trades route.

It's an extremely capable file manager that supports root permissions, and allows file transfers over a variety of protocols. 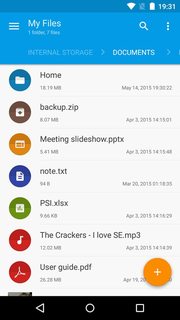 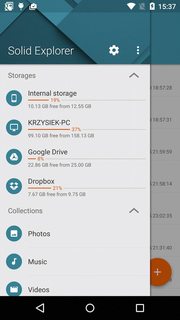 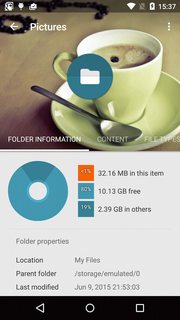 Its extensibility means you can select as many or as few features you want. Depending on your taste, Material Design is a boon or a bane but it does look much more sleek than other file managers.

There are two versions:

They aren't gratis but USD $1.50 seems a small price to pay for this.

It is free and open source (GPLv3). It is available to download from Google Play or F-Droid. 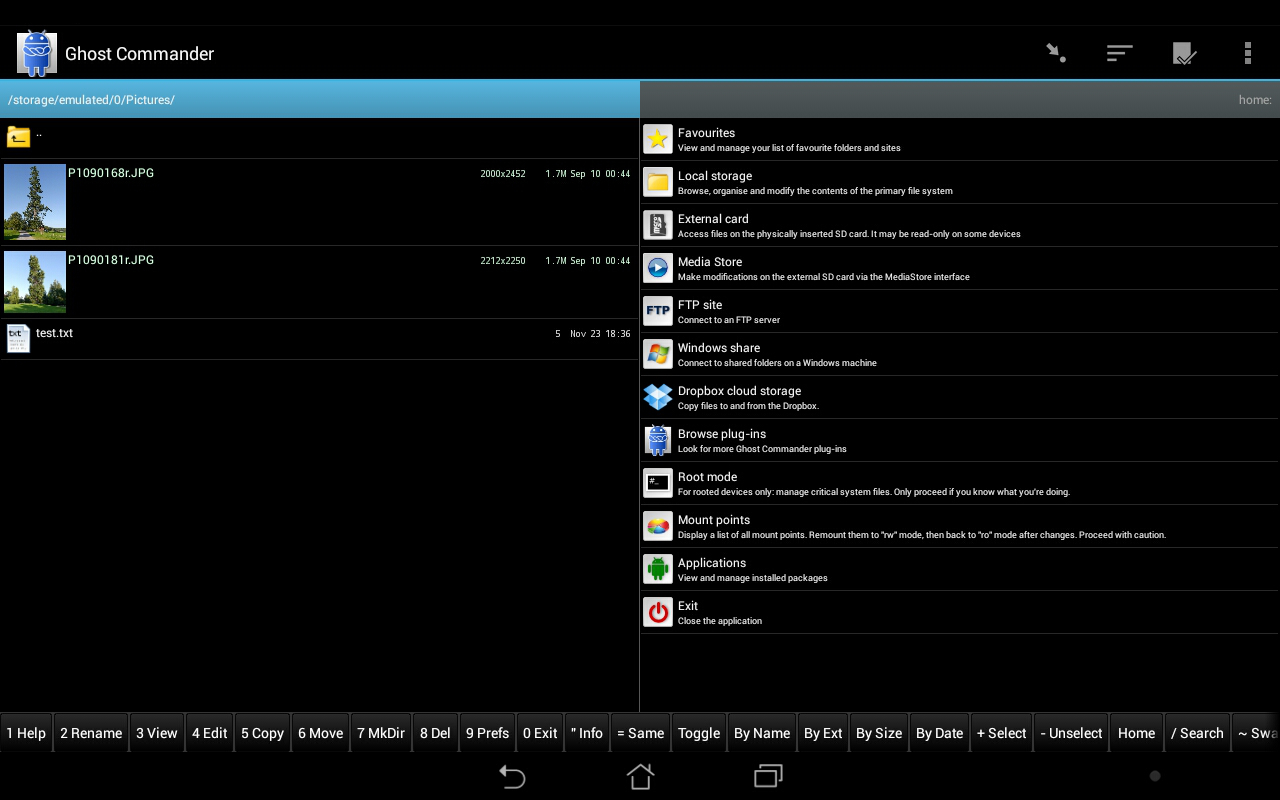 It is inspired by Norton Commander/Total Commander/Midnight Commander, so uses a classic two-panel interface. It works fine for all of the usual explorer and file management features - easy to copy files from one panel to the other. It can work in root mode. Plenty of options to customise the toolbar, so you can include what commands you need.

Ghost Commander is much lighter-weight than ES File Explorer; it doesn't try to do everything. It can open and edit text files, and zip archives, and has a basic picture viewer. There are plugins to add support for SMB, SFTP, Dropbox, Google Drive etc. But I don't think it supports WiFi Direct transfer. 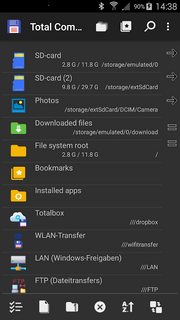 Anyone with a handle like Fonz might just be old enough to remember DOS and the days when there was only one file manager - Norton Commander.

There have been many clones (and forks) since, but as soon as Windows appeared the first piece of shareware which I paid for was called Windows Commander.

After a few years, and a letter from Micro$oft's legal department, the author, Christian Ghilser (who seems like a very nice, friendly guy and who is always quick to reply to emails) renamed it to Total Commander. I search every few months and have yet to find anything better for windows.

But, of course, you are looking for an Android solution, and so I recommend the Android version.

As a basic file manager, it is just great, but you might want to add on a few plugins, such as the WiFi plugin, the USB plugin, the FTP plugin, the OneDrive plugin or the WebDAV plugin, all of which are by the program author, so you can be assured of their quality.

I'd recommend taking a look at Open Explorer, which comes pretty close to ES except, being open source, it contains no bloat: 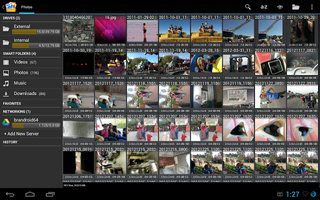 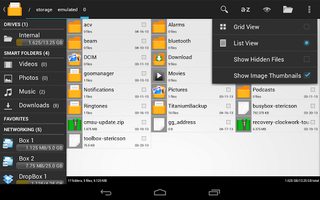 I've played with it a little after having kicked ES, and it really felt like a drop-in replacement – but YMMV, this of course depends on how you use a file explorer. I meanwhile rarely use any (but mostly do all file related stuff via ADB from my computer). But OE ran stable, fast, and reliable when I've used it. Being open source, it's also available at F-Droid.

For additional alternatives, be welcome checking with my list: File manager supporting all local file systems & LAN. Another good candidate might be AntTek Explorer, also on that list.

I am using one File Sharing & Data Transfer app which helped me a lot in solving my android file manager needs and I can mention it here for you. You can give it a try. I hope it solve your problem.

Not the answer you're looking for? Browse other questions tagged gratis android file-management or ask your own question.

7
Access my Android's file system without a data cable
5
Log all IO activity for a specific program
10
File Organization
2
Wirelessly Transfer Files between Android and Windows without Losing Modified Timestamp
1
Portable, no-admin, no-install, Win/Linux USB encryption/decryption on the go
5
Quickest method to transfer a couple files between Windows and Android
10
RSS reader for Android
2
Gratis Windows 10 file explorer with no link to Edge