App that lets you individually control permissions on Android 5.1

I used to use an app on my (rooted/S-OFF, non-CM) phone that let me individually control each permission in a given app, much like is possible in Android 6.0. However, the app I used does not work on Android 5.1.

What other apps are there that offer this functionality?

It is compatible with many versions of Android, including Android 5.1. From the README:

XPrivacy has been tested with Android version 4.0.3 - 5.1.1 (Ice Cream Sandwich, Jelly Bean, KitKat, Lollipop), and is reported to work with most Android variants, including stock ROMs.

It will allow you to control scores of different app permissions in android, with great detail and specificity.

It is gratis (free), but donations are accepted for the Pro version here.

Both the free and Pro versions are open-source.

There is an extensive thread for XPrivacy on XDA-Developers here.

XPrivacy requires the Xposed Framework on a rooted Android device.

Here are two screenshots of XPrivacy to give you an idea of the power. The first screenshot is of the basic interace. The second is of the expert mode, which shows the fine-grained control that is possible with XPrivacy. 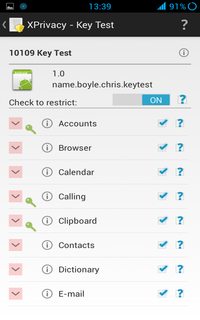 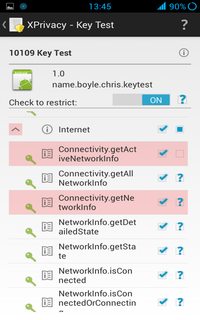 Not the answer you're looking for? Browse other questions tagged gratis android security privacy or ask your own question.

6
Android app which easily lets you create your own, local wiki on your phone
3
Instant messenger app for Android and iPhone
13
Android app to control what other apps are actually allowed to do
3
Android permissions manager
3
Android app for exporting contacts properly to csv / ods / xlsx
3
Non-root Android full phone backup