seerene (formerly "Efficiency Platform" by Software Diagnostics) is a tool that 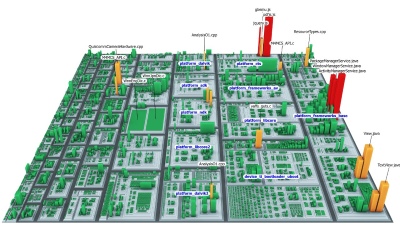 I'm looking for a tool that does the latter only (visualization).

The tool would need to

I would suggest taking a look at python and it's many visualisation libraries like matplotlib, plot.ly or VPython.

Looks like Code Charta (https://github.com/MaibornWolff/codecharta) may be what you're looking for. It's free and open source and the analysis component is independent from the HTML5 visualisiation that takes a JSON input file and produces the navigatable 3D Tree Map.

Full Disclosure: I am working for the company that open sourced the tool.

Not the answer you're looking for? Browse other questions tagged windows data-visualization 3d or ask your own question.