While doing tourism, I use the Wikimedia Commons app to send pictures of monuments to Commons (a repository of free media).

Most minor monuments are not on Commons, but the Eiffel Tower has already 1000s of pictures, and my smartphone's camera is not going to produce a better one.

So, I would like to check what pictures of the area are already on Commons.

FYI: Example of a picture with geolocation attributes on Commons.

Is there an app or website that shows Wikimedia Commons pictures on a map?

An acceptable solution could be to transform the coordinates of all Commons pictures (SQL file, 200MB) to .osm with each point having an URL to the image.

http://wma.wmflabs.org/ is a map with all Commons pictures.

For zoom levels with too many pictures, only the best pictures are shown.

Problem: Very difficult to find the place you want, because there is no search, no way to enter a latitude/longitude, and city names are not displayed.

GeoCommons is a project to show geocoded images from Wikimedia Commons in Google Earth.

You can take the KML file, and use it on Android with a KML-compatible navigation app. Using it in OsmAnd would probably require first transforming to .osm then .obf.

In the file description of geocoded images from Wikimedia Commons you can find a link that shows you the images in OSM, Google or Bing maps (mostly the camera position, sometimes only the object location). Link example OSM:

I cannot guarantee that it is working all night and day, but at least sometimes.

WikiShootMe is currently the most modern tool for this.

In the upper-right, click the Layers button and deselect all but "Commons images". 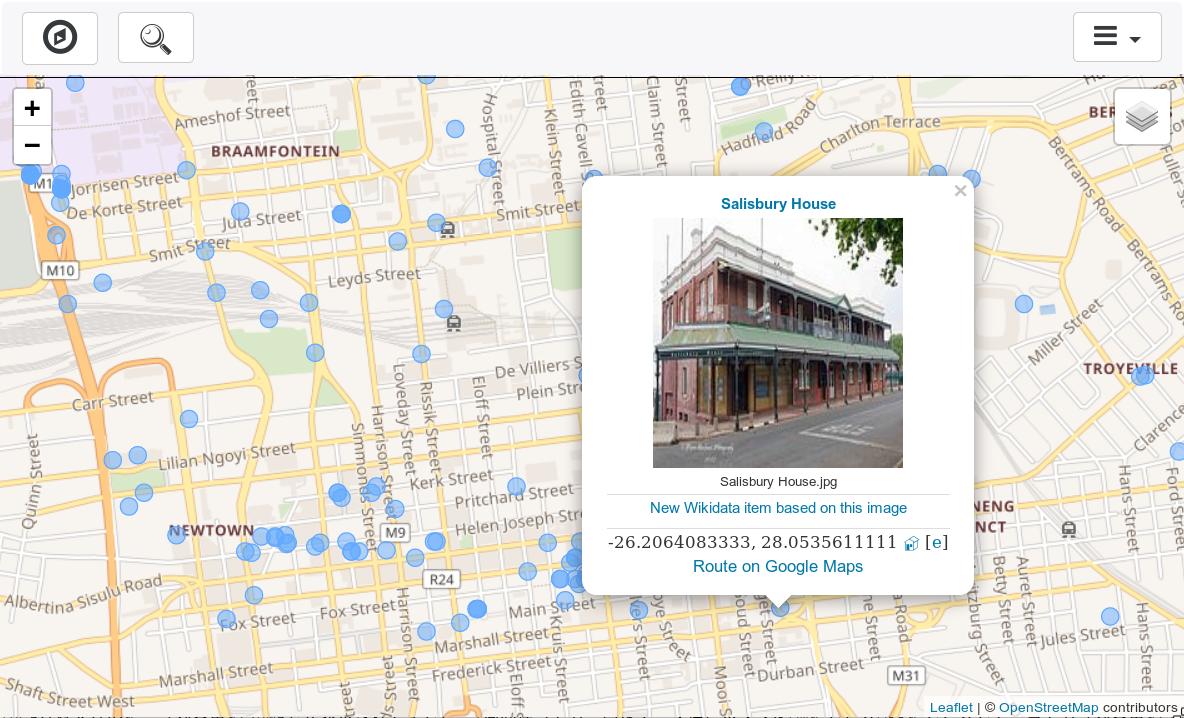 Not the answer you're looking for? Browse other questions tagged android images maps mediawiki wikimedia-commons or ask your own question.

6
Reliable Wikimedia Commons uploader
3
Map of pictures on my computer, by EXIF geolocation