Is there a Windows Phone app compatible with Anki and AnkiDroid?

Any price is OK.

No, there is currently no such app. The only solution is to open your web browser and use Anki's web interface called AnkiWeb: 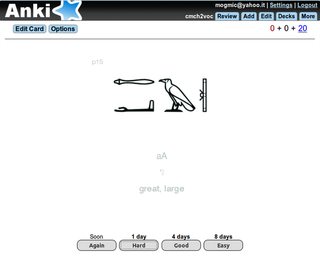 Beware, several Windows Phone apps with "anki" in their names are getting money from unsuspecting users but are actually not compatible with Anki. Example:

I bought AnkiApp thinking it was anki's attempt at an app for windows phone... I think I've been duped into paying $5 for a broken ass app.

A few reviews for AnkiApp: "This is a knockoff of the real thing." "Not actual anki, can't import from the desktop version." "It's not Anki."

There is also an app called Anki FlashCards WP but it only embeds AnkiWeb (plus probably some advertisements and spyware, see the creepy permissions the app asks for) so better use AnkiWeb directly.

Windows 10 might be able to run reworked Android apps, so there is hope, but it has not been tested yet.

Not the answer you're looking for? Browse other questions tagged windows-phone anki or ask your own question.

12
Search in my Anki collection, via command line
5
Message UI for Windows Phone 8
1
Anki SRS software for Chrome OS
2
Easily convert an Android app to Windows Phone
1
Anki-compatible app for ios or mac, which notifies me when reviews are due