I would like to find a good quality Linux program to monitor the hardware sensors of a computer. I would like the most of this features, if possible:

I have tested sensors from lm-sensors Debian package:

but AIDA64 (for Windows only) outperforms it: 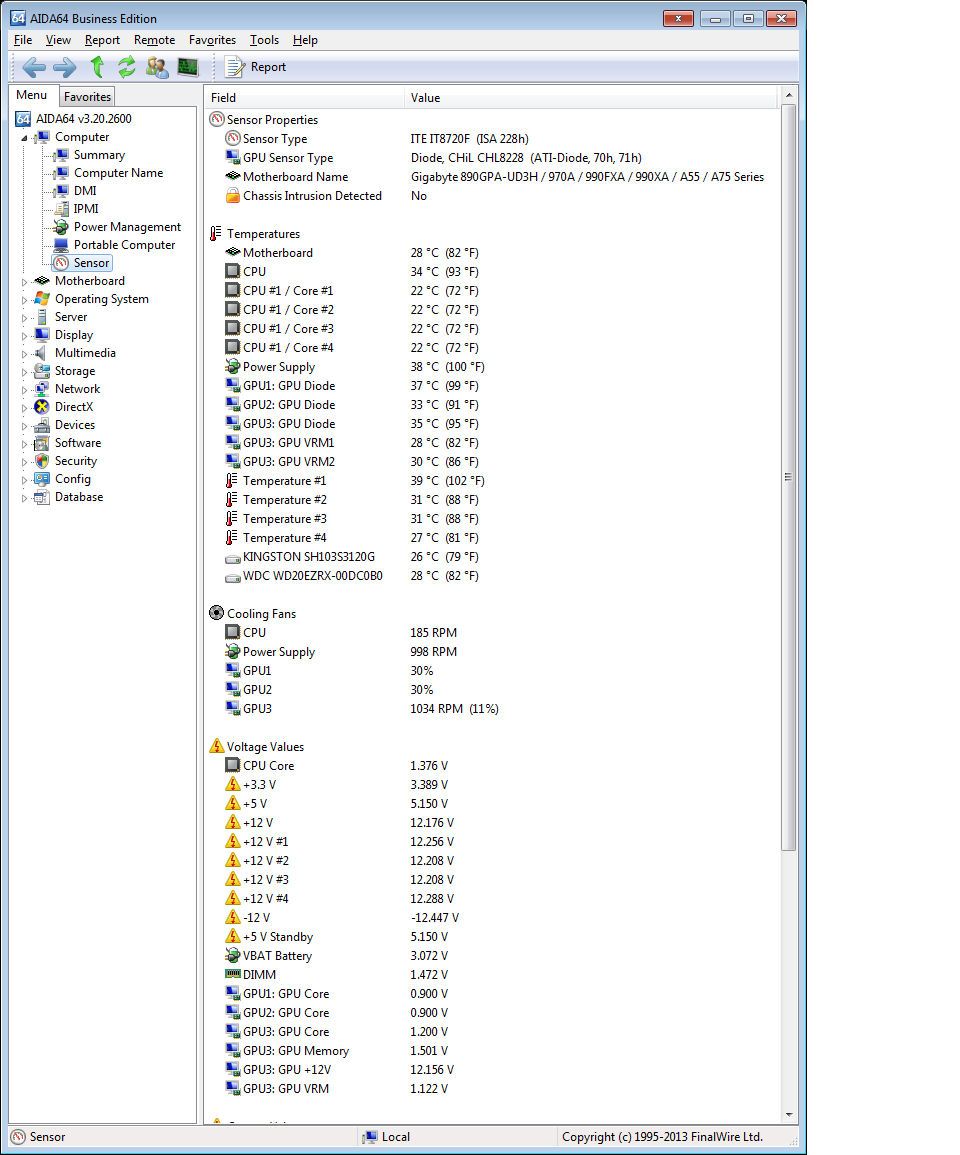 Isn't there anything so valuable for Linux?

Let me repeat a recommendation I already placed twice: Monitorix. It can be used as

But it also monitors "local resources" such as CPU, disks, and – sensors: 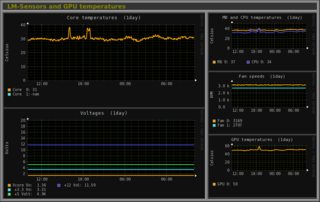 Monitorix makes use of a lot of back-ends, such as the already mentioned lm-sensors Debian package. It also supports HP ProLiant System Health, NVIDIA temperatures and usage, plus several more. I'm using it for quite a while now, and found the software that convincing I volunteered to maintain the Debian packages for it (← disclosure). Monitorix saved my day more than once, as its "raw overview" makes it pretty easy to track down problems and to see where to have a closer look at. In your case: find the graph with the highest peak to see which component is "overheating", for example.

Monitorix is a web-based tool, so you won't have that "interactive view" from the AIDA64 screenshot in your question. But AIDA64 might miss the graphs.

To your requested features:

Not the answer you're looking for? Browse other questions tagged linux monitoring hardware or ask your own question.

17
Linux network monitor with web interface
6
Apache graphing tool for Linux (Centos 5)?
6
Software to monitor my hardware and graph the results
4
GUI tool that shows per process IO stats in Linux
0
What software or daemon did you use to monitor Linux systems/servers
0
Memory monitor for RPiOS?