Are there any portable static blog generators that run on Windows 7 x64? I mean ones where you can

WinPython is a portable python toolkit that also allows you to add packages to it while keeping it portable. It can run either from a USB key or from a directory on the hard drive but without actual installation, (copying is not quite the same as installation).

Then you have a wide range of python based blog generators, there is a list of some of them here, but personally I would take a look at ABlog.

As a test I downloaded the 64 bit version of winpython 3.4.3.5 and installed it to my hard drive the install took up <1.4 GB without ABlog and installing took seconds and didn't make a noticeable difference to the size as most of the dependencies were already met. N.B. For the most portability I would suggest using the 32 bit version rather than the 64 bit.

ABlog is a Sphinx extension that converts any documentation or personal website project into a full-fledged blog with:

I did hit a couple of hickups following the tutorial due to non-ascii characters on line 22 of the generated conf.py but since that was a comment deleting it solved the issue.

My First Blog page with ABlog: 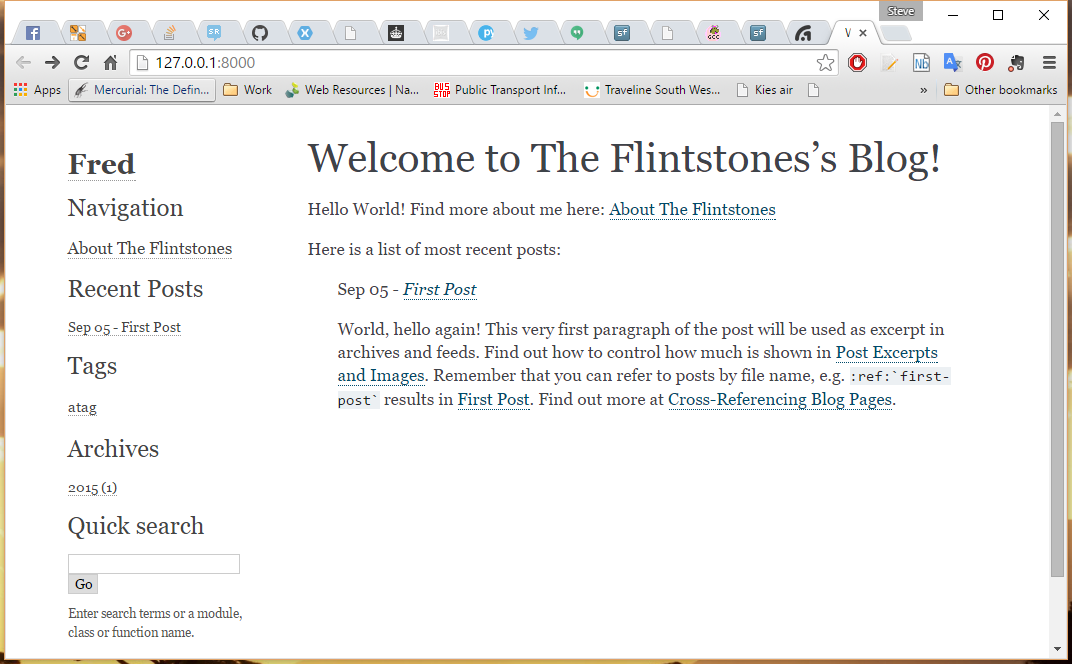 Of course you will now have a full portable version of python & iPython to play with and a suite of scientific tools, graphing, etc. to play with in them!

Not the answer you're looking for? Browse other questions tagged windows-7 portable static-site-generator or ask your own question.