Software to sync files between two folders like Dreamweaver

I am a programmer and my file types usually deal with text and images and sometimes other files like sound files and executables. I was using Dreamweaver till now for doing all the sync work and it was pretty good and extremely fast in determining if a file was changed or not. Also the tree view comparison of Dreamweaver allowed me to sync only a particular folder if I wanted to.

Now with the licensing terms of Adobe being changed, I am no longer in a condition to use the software and moved on. But I still miss the sync feature that Dreamweaver gave me. I tried a number of freeware/paid apps which claim to do this but most of them were either bad interfaced or took eternity to analyze the folders. While some only allowed me to sync the whole project (which would be always slow), very few tools I think sync folders and not the whole project.

Is there any good tool for syncing files between computers? They can be any of the win,mac,linux platforms. Gui would be better but then I'd like to see all the options available.

Edit Features I am looking for are as under.

I highly recommend WinSCP. I have been using it for several years now, syncing (parts of) my computer at home with my computer at work and a series of websites. Never had any problem with it.

In its basic usage WinSCP feels just like a regular FTP client, but it has a lot more options than just getting and putting files. Let me go one by one on the options that you listed: 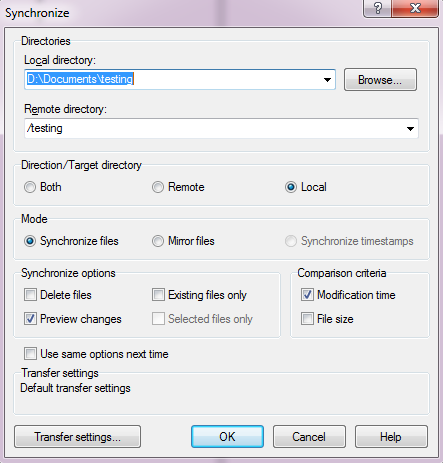 You are syncing mostly code.
Therefore you should be using version control.
I recommend Subversion, and the TortoiseSVN client. Subversion is commonly abbreviated to SVN. GUI and commandline clients exist for all major OS's. 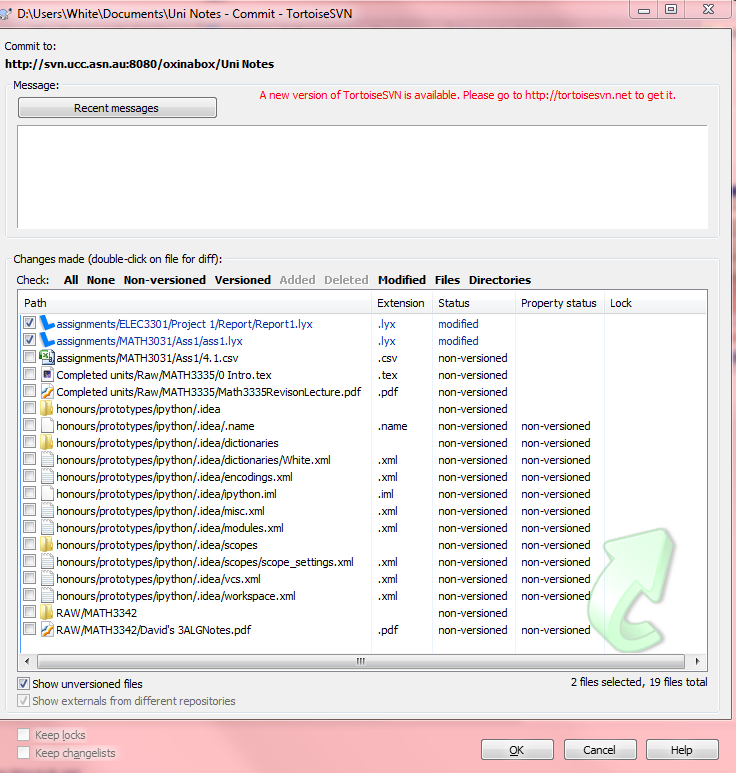 Depends what you want to sync with.

I have used the two solutions below, they work just like Dropbox, sitting in your status bar and syncing as soon as there is a change. They sync both local and remote changes.

To sync with Adobe Drive, which happens to implement the CMIS protocol, you can use CmisSync.
Free, open source.
Disclaimer: Maintained by me.

Syncing with a generic FTP server

If you want to sync with a plain FTP server, you can use FTPbox.
Free, open source.
The FTP protocol is not very efficient for file syncing, unfortunately.

Not the answer you're looking for? Browse other questions tagged windows linux osx file-synchronization or ask your own question.

16
Windows software required to compare 2 folders through the tree to the leafs
4
Manual, graphical folder comparison software on Linux
1
Looking for a sync program that can replace and restore files
3
Mac backup / sync software
1
Sync between PC & External Harddisk
1
What is simple way to sync contents in my local computer to the contents in a remote server using the terminal/Unix?
2
Cloud sync storage to sync millions of files 1TB for personal use on average laptop
2
File syncing software for use without internet, should ignore certain folders