In OS X, you can drag windows between spaces by positioning the cursor at the left/right edge of the window while dragging. But you can't navigate between spaces the same way.

I'm looking for a utility that will let me switch to between spaces by positioning the mouse cursor on the left or right edge of the current space, so that navigating between spaces will be consistent with dragging windows between spaces.

Mac OS X Yosemite and other versions have built-in support for gestures to move between full-screen apps, Mission Control, and such. But not quite in the specific manner you asked for.

Mac OS X has feature where you can move your mouse to a corner of the screen to trigger certain actions such as displaying Mission Control.

In the System Preferences, in Desktop & Screen Saver > Screen Saver (tab) > Hot Corners (button), choose from any of the popup menus to set a corner’s action. 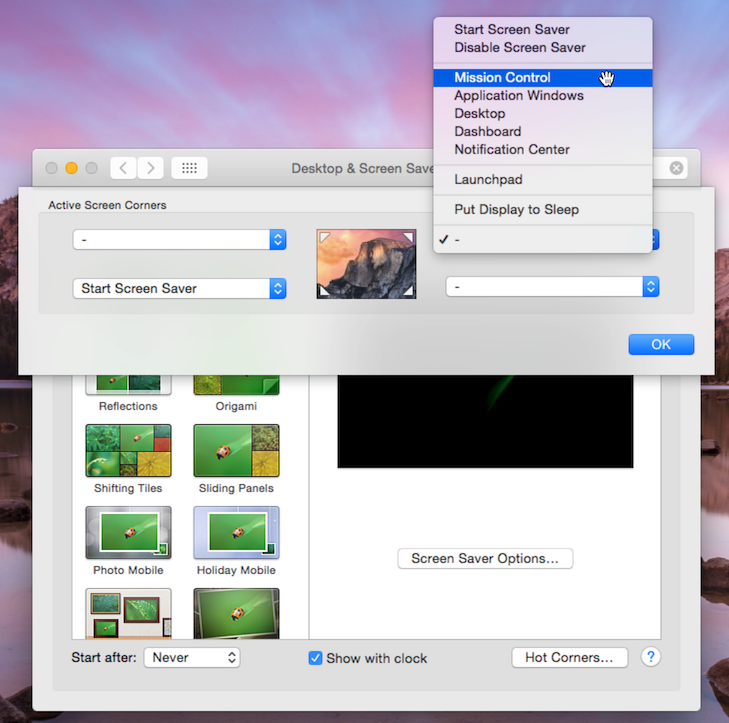 The Trackpad built into MacBooks as well as the Apple Magic Trackpad can be configured for gestures such as four-finger swipe horizontally to switch between full-screen apps or virtual desktops. 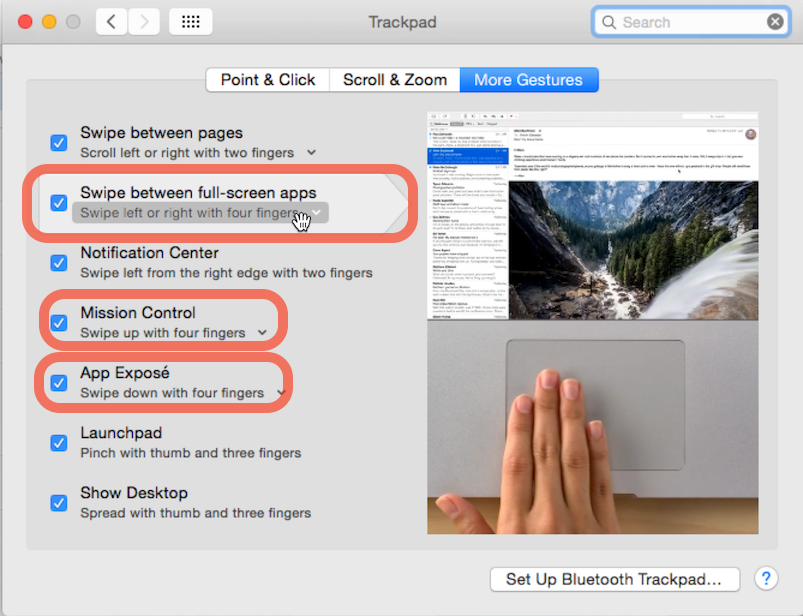 Similarly the touch surface on the Apple Mighty Mouse supports gestures for similar actions such as switch between full-screen apps or virtual desktops with a two-finger swipe horizontally. 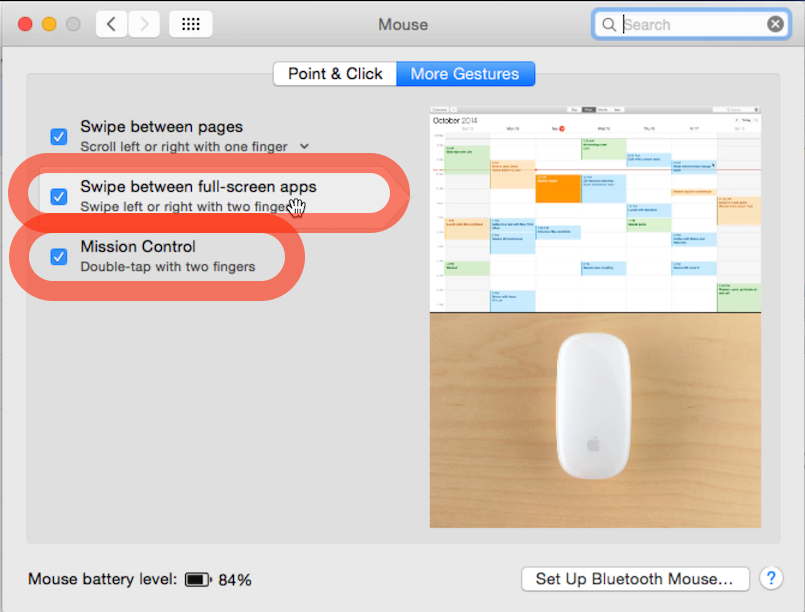 Not the answer you're looking for? Browse other questions tagged osx mouse or ask your own question.