This team of developers needs the ability to collaboratively comment on design suggestions in an ad-hoc way (including replies and suggestions).

Here's an example of one web-based tool I found, but the experience was very confusing and arduous: 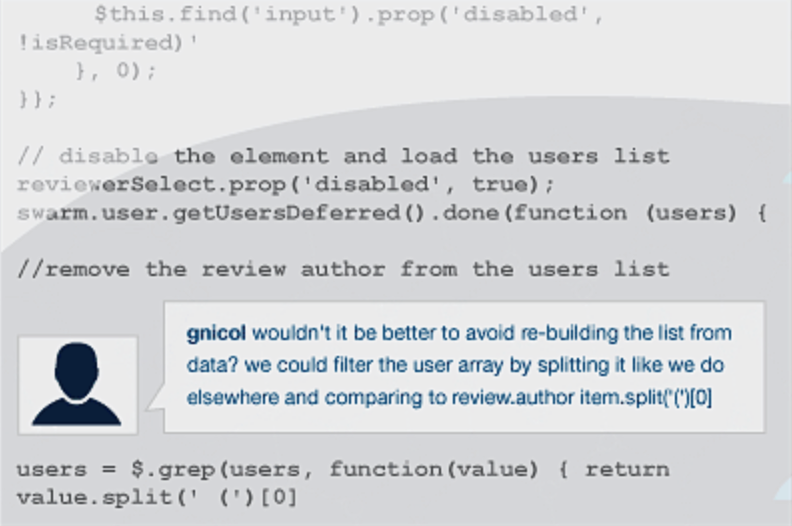 Probably the closest technology I've seen that exhibits the behavior we're looking for is web-based document editors (like Google Docs) that allow inline comments and discussion.

Does such a thing exist? (And no, "blame" and forking in Github is not adequate!)

I had a pretty good experience with Reviewboard https://www.reviewboard.org, I recommended it before: Peer review software for programming assignments

Specifically for your requirements:

Not the answer you're looking for? Browse other questions tagged code-review github or ask your own question.