I want to restrict the permissions of some apps on my rooted Android 4.1.2 phone.

Is there an open source app for this?

It would let me browse the list of installed apps, I would pick one and uncheck/re-check each permission as I want.

That's one of my favorite topics, so let me list some choices for you. But before I do, I need to point out some "gaps" in your question: not all solutions work on all Android versions:

But now for the real stuff: I'd recommend taking a look at XPrivacy and DonkeyGuard. As "real permission/privacy managers" do, both require root – which you stated is no issue. The two additionally require the Xposed Framework to hook into system resources – and I can really recommend that framework for a lot of other things (not part of your question; but take a look at my Xposed resource collection for details).

The requirements you gave are pretty simple, and matched by all of the mentioned apps. But what makes the two last ones so special? For DonkeyGuard it's mostly the user-friendlyness and ease of operation: you won't need a big tutorial to use this (but on the con side, it additionally needs the Cydia Substrate for network stuff, which is npt really open source AFAIK) – while XPrivacy gives you a flexibility and granularity you find nowhere else: you can e.g. restrict network access, but still allow parts of it – see the 3rd screenshot below: 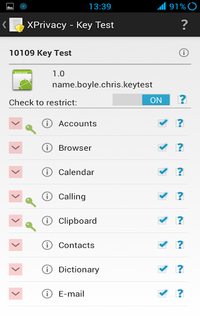 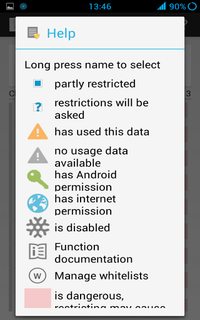 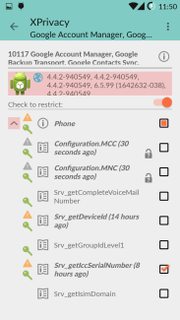 This can of course be overwhelming, and you for sure will need some time to unleash XPrivacy's full potential on your device. Plus it comes with a minor restriction: as the name suggests, XPrivacy understands itself as privacy manager, not permission manager – so it doesn't cover all permissions (but everything privacy relevant – which should cover everything we're usually after). *XPrivacy" is definitely open source: find the code at Github.

As I also mentioned DonkeyGuard: 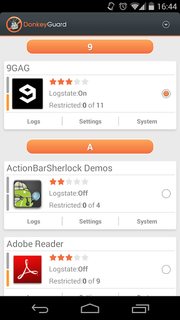 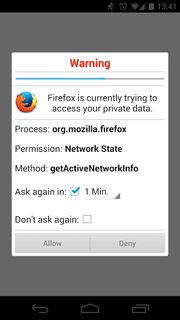 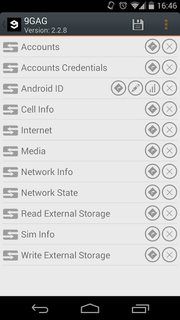 You will note that DonkeyGuard even rates your apps by "possible danger" (the more stars, the more potential danger). While DonkeyGuard can be found at Github, I'm not sure about its open-source-ness: the code there only holds its readmes.

Both apps support, additional to your requirements:

Going by rating and community, you most likely will end up with Xprivacy – but you of course have the choice. If you're looking for more choices, take a look at my list of Permission Managers, and make your own pick :)

Not the answer you're looking for? Browse other questions tagged android open-source privacy or ask your own question.

13
Android app to control what other apps are actually allowed to do
3
App that lets you individually control permissions on Android 5.1
1
Screen record software for Android (unrooted Kit Kat)
3
Making specific apps on my Android phone display in grayscale