I want to make a user community (with posts that can be liked), what software do I need?

I want to make a site that can carry out most of the functions that the site descriptionari.com has: 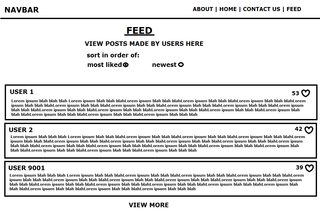 I thought I would build it from scratch using HTML, CSS, PHP and SQL, but that didn't work so well, and it requires immense amounts of skill, which I don't have. I thought I could make it using WordPress considering that it requires no coding skill, but it turns out that only applies for blogging sites, and no plugin exists that can satisfy my needs (apparently).

tl;dr, I ask for three things:

BuddyPress , made for WordPress, may do most of those things for you. (I have not used this system)

Full Message Forums can do everything you want with add-ons or plug-ins.

SimpleMachines is free and can do everything you want (with Modifications) I have used this system for years. It is easy to install and update.

Invision Power Services Is a commercial (paid) system that will also do what you want.

With Themes, you can change the appearance of each of these systems.

Not the answer you're looking for? Browse other questions tagged cms or ask your own question.

7
CMS with many out-of-the-box modules and friendly learning curve
4
eCommerce platform with Bitcoin support?
2
CMS / blog software for articles and videos
2
Solution for a pay-per-view type website that locks some users from info, unless they have a subscription
6
Site Conversion
1
PHP CMS to Serve Clojurescript Frontend