I'm looking for an android app that allows me to write and compile LaTeX documents.

I know of web-based latex compilers such as sharelatex and overleaf, however these obviously don't work without an internet connection.

I feel kind of weird answering my own question in this site. So just in case I'll just leave a disclaimer saying that I do NOT work for or know anyone that works with the developers of this app.

After some searching I found that what works best for me are the TeXpert and TeXPortal apps. Both are developed by lameandroidhero.

TeXPortal is a LaTeX compiler: 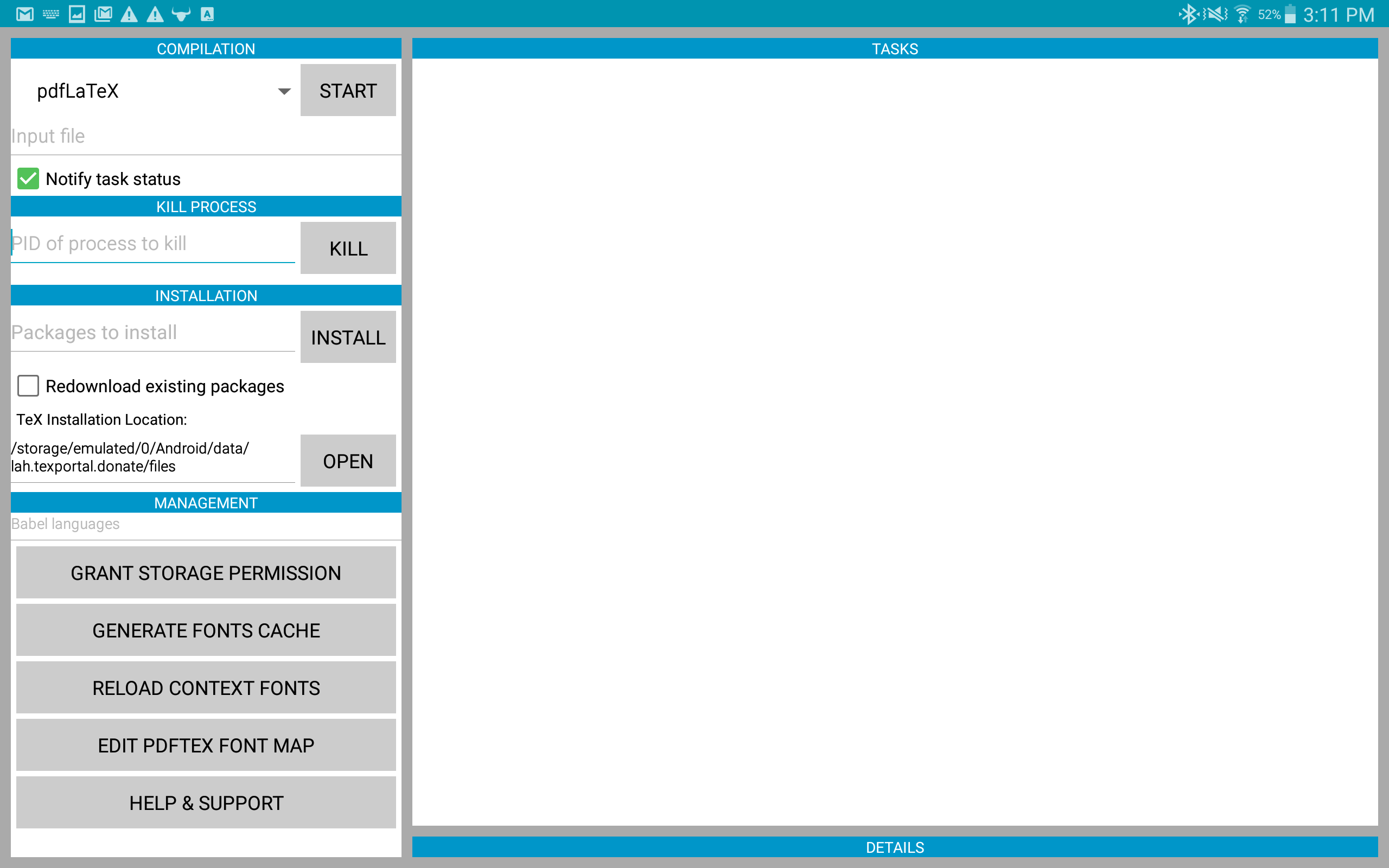 The full version has includes compiler that I know of (pure Tex, pdflatex, xelatex, lualatex,context, dvips, bibtex ...). You can choose any .tex input file from the app and compile it. You can also manage the packages that you have installed. Importantly for me, you can download packages now and keep them in your tablet for when you are offline. It also automatically downloads missing packages if your document requires them.

TeXpert is a LaTeX editor: 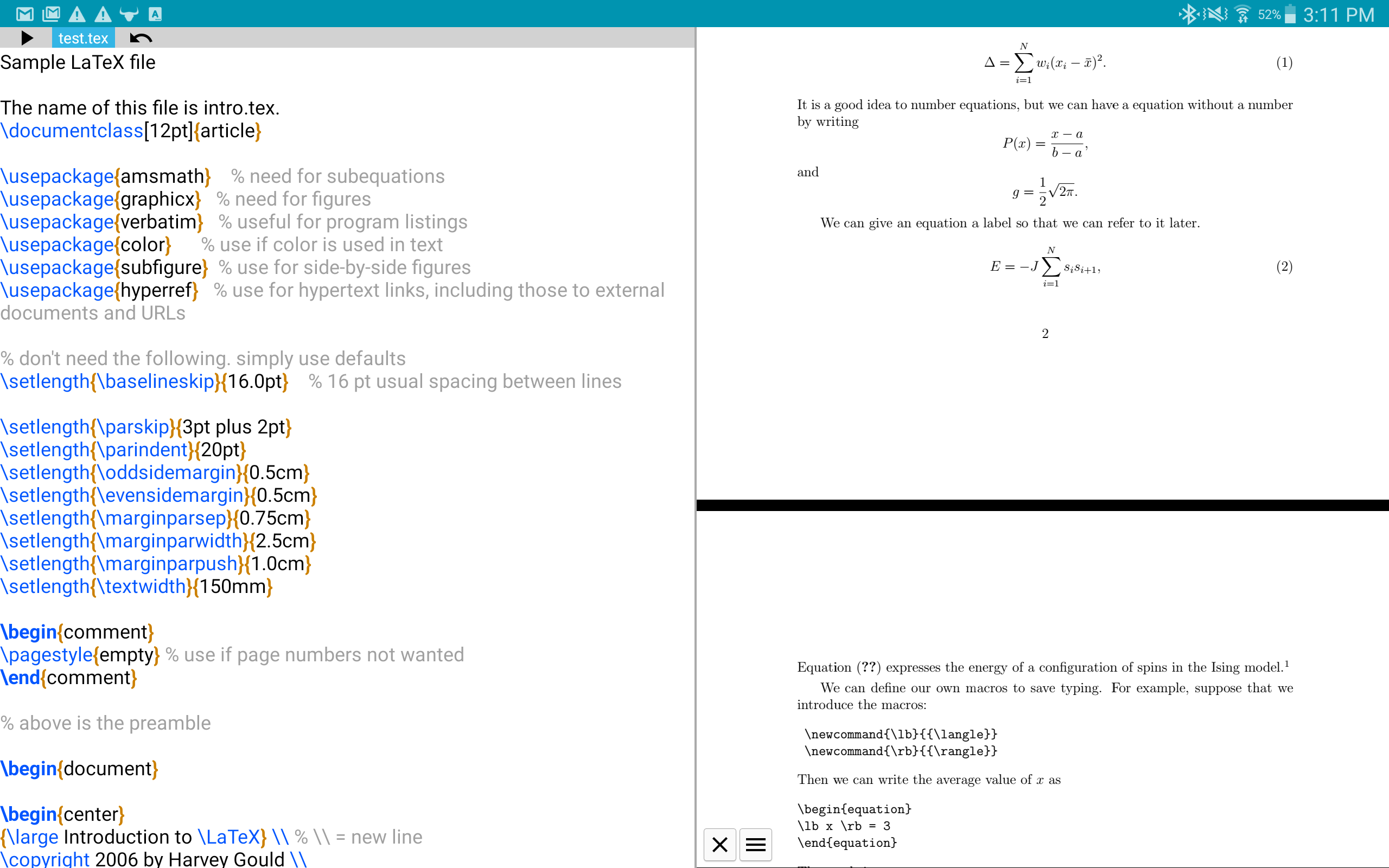 (the document shown is not mine, I found it here)

As you can see, the full version supports side by side visualization of the document and has sintax colouring. You can tap in the pdf version to go to the corresponding part in the source, and vice versa. It has auto completion options, but they are not very useful for me (when writing a command a list of possible completions appears, you can tap one to complete. However since I write with a keyboard it's easier for me to just finish the command than move my finger all the way to the screen and risk tapping the wrong one). The app links to TeXPortal, and you can press a button in the settings (or ctrl-T in a keyboard) to compile at any time. You have full control of where the files go, and it is compatible with at least dropbox and drive (which are the ones I use).

This is really the biggest problem. Each app will set you back around $20 dollars. This makes them by far the most expensive apps I own. However, since they provide full LaTeX functionality, I found them to be worth the investment.

There are free versions of both, but they have limiations.

If you have to buy only one, I'd recommend TeXPortal, since there are plenty of good text editors for android out there. However, I don't think there are any that has the range of functionality that TeXpert has, and definetely not the level of collaboration with the compiler.

I have a gentoo system in a chroot and my latex and my favorite editor vim with syntax highlighting there. If you use screen to keep your terminal reconnectable in case the android memory management kills your terminal app vim never crashes. If you do not use screen the file edited by the killed vim is usually recoverable - well you save it anyway before compiling. If you use vnc or xserver you can watch the output with evince. You don't need to be as geeky as me to use latex. There are installers for debian and ubuntu chroot systems.

Not the answer you're looking for? Browse other questions tagged android offline latex compiler or ask your own question.