I'm looking for a Windows based diff tool that shows me the differences between two XML files, but does this tree-based, not line-based.
I.e. if a section has moved to a totally different place in the file it should not report differences.
These two files should be reported as 'the same':

And of course, all differences should be marked, preferably in a side-by-side view with indicators or lines connecting the sections that differ.

but of course you can decide to ignore that or not, based on the semantic information an XML does not have.

Microsoft has developed the XML Diff and Patch tool for this purpose and you can integrate it in your own applications.

Note: the tool installs as "SQLXML Bulkload in .NET Code Sample" and comes with a Visual Studio solution XmlDiffView.sln that you need to compile yourself. Some basic programming knowledge in C# and Visual Studio Community Edition should be ok.

However, as mentioned in one of the answers on Stack Overflow, it has been compiled and made available on Bitbucket.

After that it comes with a UI that let's you choose the various XML comparison options: 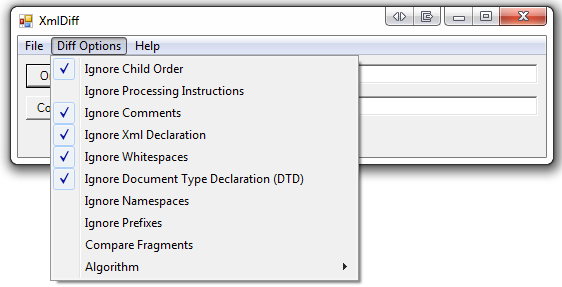 When I apply it to the 2 XMLs of your questions, it throws an exception. That is because of the namespaces which are not defined. After removing the namespaces, it says: 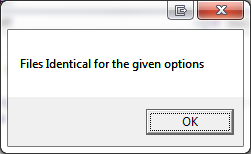 Focusing on the part that moved sections should be reported as no difference made me think of https://semanticmerge.com/, which doesn't compare XML-files, but C# and C code. And as it understand those languages it is able to display if code has moved and not changed.

This leads to an alternative approach for this question: Could it be possible to translate the XML into C# classes, and then do a semantic merge on the resulting code?

One possible approach, if this tool is not written already, could be to translate each and every element to classes, and each attribute (and body texts) to a string property within that class. If you want to ignore namespaces, then let your translator remove them in the translation process.

I translated the XML example given as proof of concept and got the following:

Then I switched the mes:ItemIds and mes:ItemShape and changed the text to Textus. Compared the following two files in Semantic Merge and got the following image: 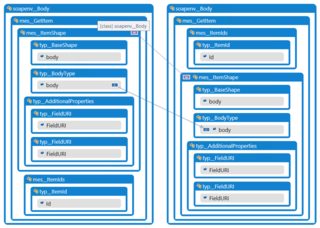 Note that Semantic Merge even though understanding C# code, isn't to strict on the identical class names of typ__FieldURI, which could be a nice features as XML can contain multiple nodes with the same name.

Summa summarum: Semantic Merge can correctly identify the XML as identical (or not) even though elements move, if you can convert the XML into a C# class structure.

Technically those aren't the same (at least in xml), order does matter unless that is made explicit in the schema.

A combination of xmlstarlet and normal line-based utilities can make the problem much more tractable.

The following only compares the structure, but could be extended to look at the attributes,their values, and text

After running this on your snippets the diff shows no differences but there was some error text about namespaces (which would be safe to ignore).

I would recommend a tool XiMpLe which is primary the XML editor but it's also able to compare (and merge) xml files in a well arranged way. Your example is compared and evaluated as identical. There is also option to resolve namespaces as well. 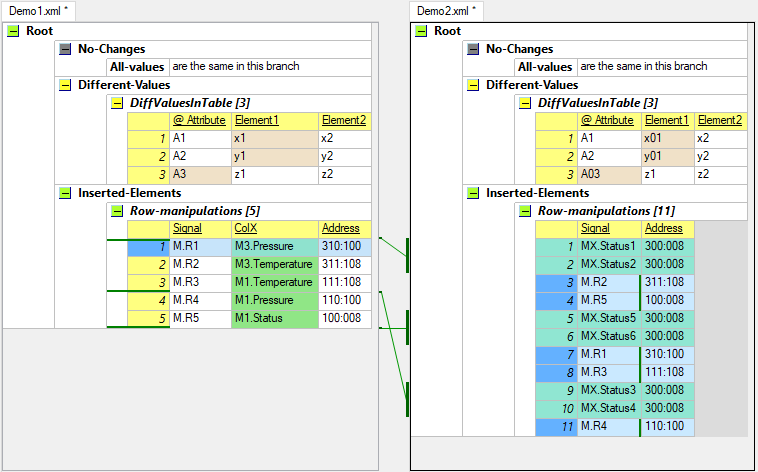 Currently I am trying to solve a quite similar problem for myself. Unfortunately I did not find any library thats suits my needs to produce a svg visualization of an xml comparison.

Therefore I started an open source library inspired by the X-Diff algorithm. So just for fun and in the hope to find someone supporting the XmlXdiff library. Till now it is not a bullet prove library and still under construction but here is the result for your example snippet: