I'm looking for a gratis tool displays all my USB ports and devices and if they are USB 2 or 3.

I want to be able to distribute the tool to end-users who don't know much about USB and the differences in the versions, they do know that "3 is better than 2".

The end-users have OS that are mainly Windows XP, Windows Vista, Windows 7 and Windows 8, so the more OSs are supported, the better.

The GUI should looks similar like the Igorware 64-bits checker as shown below: 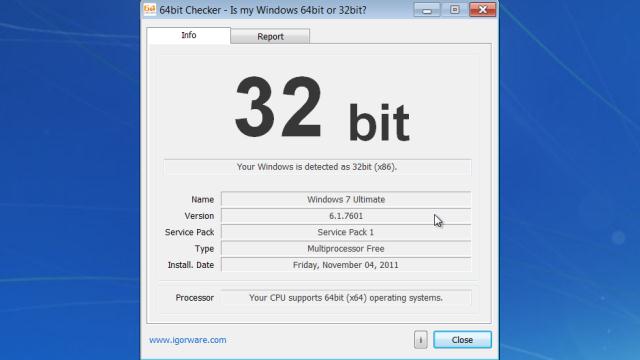 except that is shows USB 2 or USB 3 instead of 32 bit and 64 bits. So, it should be as simple and straight forward as possible.

It should display a list of USB 2 or USB 3 devices connected to the USB port under the report tab.

The Info tab should basically shows which USB port can support which USB version.

It would be also nice to have if it can inform end-user to plug their USB 3 device to a USB 3 port instead of a USB 2 port to take advantage of speed (assuming that the PC have the two version of USB port available.)

I suspect USBDeview would fit the bill here. It lists a wealth of information not least a column that shows the "USB Version". Mine shows v1.10 & v2.00 devices connected, I have no v3 kit. The blurb from the website read thus:

You can also use USBDeview on a remote computer, as long as you login to that computer with admin user.

Not the answer you're looking for? Browse other questions tagged windows gratis portable usb or ask your own question.