I want to generate screenshots of a lot of webpages, and doing it manually would take too much time.

Is there a tool to which I can give a list of URLs (public websites) and it would take screenshots. 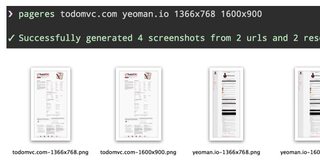 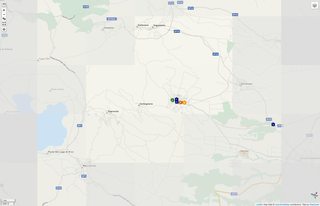 Rendition is powered by PhantomJS.

I know about a bunch of tools which claim to be able to do that. Out of curiosity I just tried all of them. I've listed the IMHO best working tools first, but YMMV:

gnome-web-photo as available in at least Debian and Ubuntu works fine and seems to be purely command-line driven despite having "gnome" in its name.

You need to pass --mode=photo explicitly, it doesn't seem to be the default.

Works fine for my own home page, but doesn't render the given example page in a usable way (1024x8 pixels).

The perl-written Shutter is a GUI program which by default waits in your system tray for screenshot requests. But you can also use it from the command-line.

When being used from the command-line, it still open a bunch of windows, including a shortly flickering result window, even if you pass -e on the command-line which means to exit after the screenshot has been taken.

Unfortunately shutter uses quite a lot of memory when being used as system tray application and has quite some seconds start-up time, both, in command-line mode as well as in system tray mode.

Debian (and probably also derivatives like Ubuntu and Linux Mint) contain the two packages webkit-image-gtk and webkit-image-qt which take a screenshot of a webpage by giving a URL as parameter.

Its upstream project seems to be part of the OpenStreetMap editor Josm, but there's more information about the tool in Debian's package than ob that web page.

I just gave them a short try in Debian Unstable, but result was rather disappointing: webkit-image-qt generated a very tall and very narrow, unreadable image (195x11649 pixels) from my homepage and bailed out on the given example page without any image. And webkit-image-gtk resulted in a completely unusable image with just 1x8 pixels for both web pages. :-(

Not Fully Match Your Requirements

Convert MHTML and HTML files to images in batch.

Works in background, web page(s) doesn't need to be displayed or kept active to capture.

Works in multi threaded batch mode, which enables to capture multiple web pages at a time.

Options to disable java, activex, scripts on the web page. 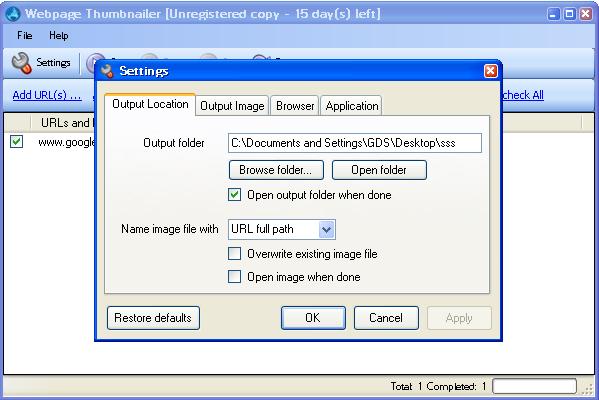 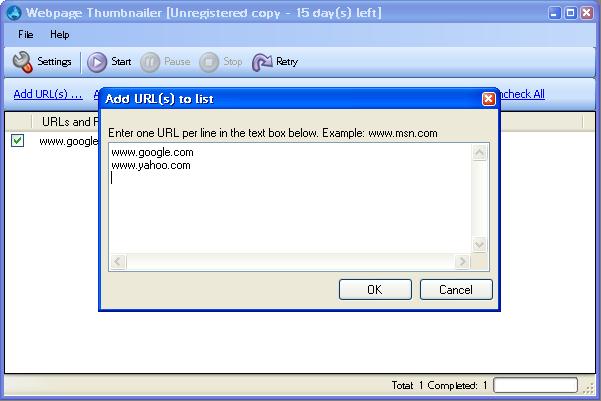 Not the answer you're looking for? Browse other questions tagged web-browser command-line screenshot or ask your own question.