I'm looking for a plugin that can indent code (HTML, CSS, PHP, ASP, etc.) in Notepad++.

In Visual Studio (and a few other Microsoft editors), you can auto format a document with a simple Ctrl + K, Ctrl + D. This inserts line breaks and tabbing automatically.

Is there a similar feature in Notepad++?

I looked and couldn't find any "inbox" feature that covers it. I also gave a try using:

Why don't you try the Indent By Fold plugin? 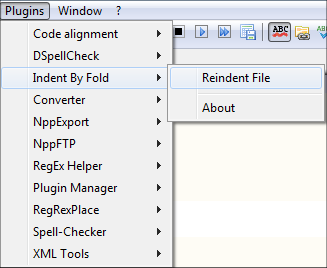 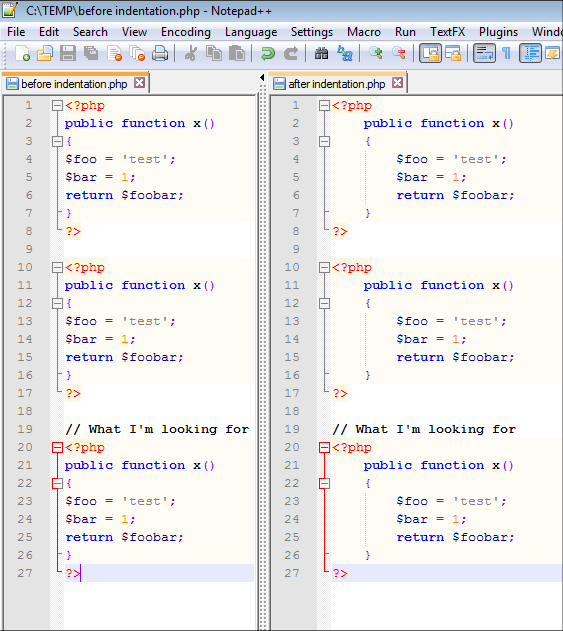 (The image above is not assembled from two separate images! Notepad++ has the ability to clone its tabs in a new view.)

You can access a screencast demo for the 'Indent By Fold' plugin. There's no separate plugin for the 'auto complete' feature in the video; for most languages there are defined already XML files with keywords: 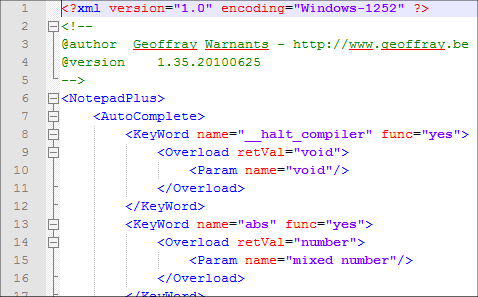 Now, about the 'Code Alignment' plugin: just use it only if you are not satisfied with the 'Indent By Fold' results!

Here's how you can define a shortcut for the the indent operation: 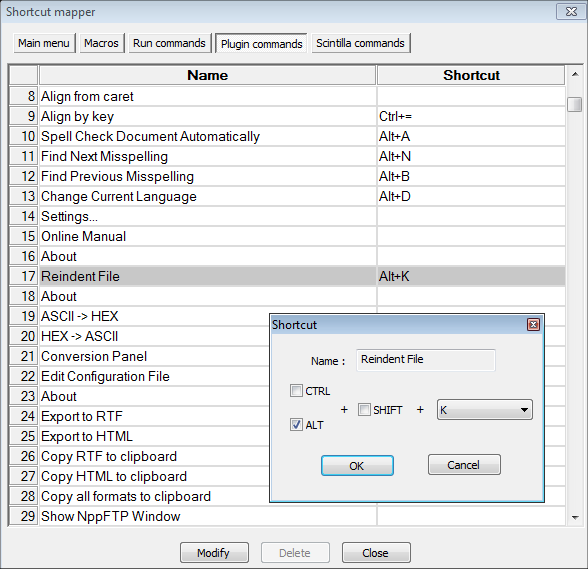 The Ctr + K and Ctrl + D shortcuts key are already "taken" (by 'comment code' and 'duplicate selection'), therefore I've choosed another combination. But everyone can re-map all the commands according to own needs.

If anytime you find a language with a "weak" 'code formatting / folding' you can take the lead, and proceed in defining your own folding and coloring rules for keywords, comments, numbers, operators and delimiters: 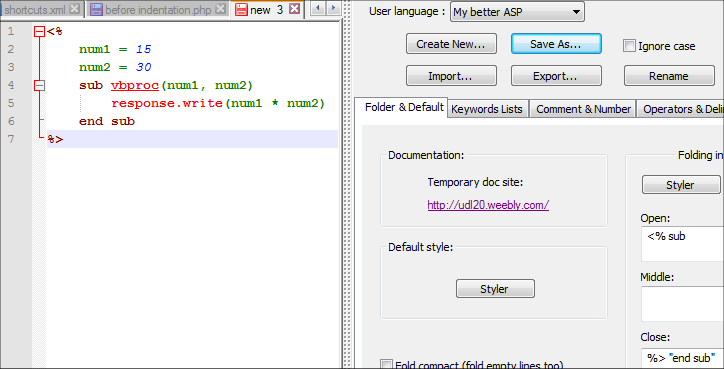 See how beautiful 'Indent By Fold' works when I press ALt + K?

The vbproc keyword is underlined because the 'DSpellChecker' plugin is active.

Here are a large amount of UDLs (User Defined Languages) for Notepad++. To better understand how to use this feature I recommend you to read the UDL 2.0 online documentation. It was a time when folding was possible only for single words like "BeginSub" and "EndSub". Now it is easier because folding can be done using expressions, as you can see in my My better ASP example. Even now, the UDL cannot address every imaginable situations (there is a work in progress called UDL 3). But can we blame the Notepad++ developers for not achieving perfection with this free and simple, yet wonderful utility?

Here are most of the plugins, to format your code.

Not the answer you're looking for? Browse other questions tagged notepad++ or ask your own question.