We provide an open-source library for iOS and OSX that works with some fairly low-level APIs. Its therefore important to test across a range of devices, especially iOS 32 vs 64 bit.

In the past, this has been done manually which was not perfect. One or two bugs slipped through the cracks and were instead reported by users. That is, a feature that worked on 32bit devices would fail on 64bit devices. Now that Xcode allows on-device testing, I think we can do better.

Currently we have a build script that runs tests for OSX and the iOS simulator. It serves two purposes:

How can I use cmd-line utils to read the list of plugged in devices? 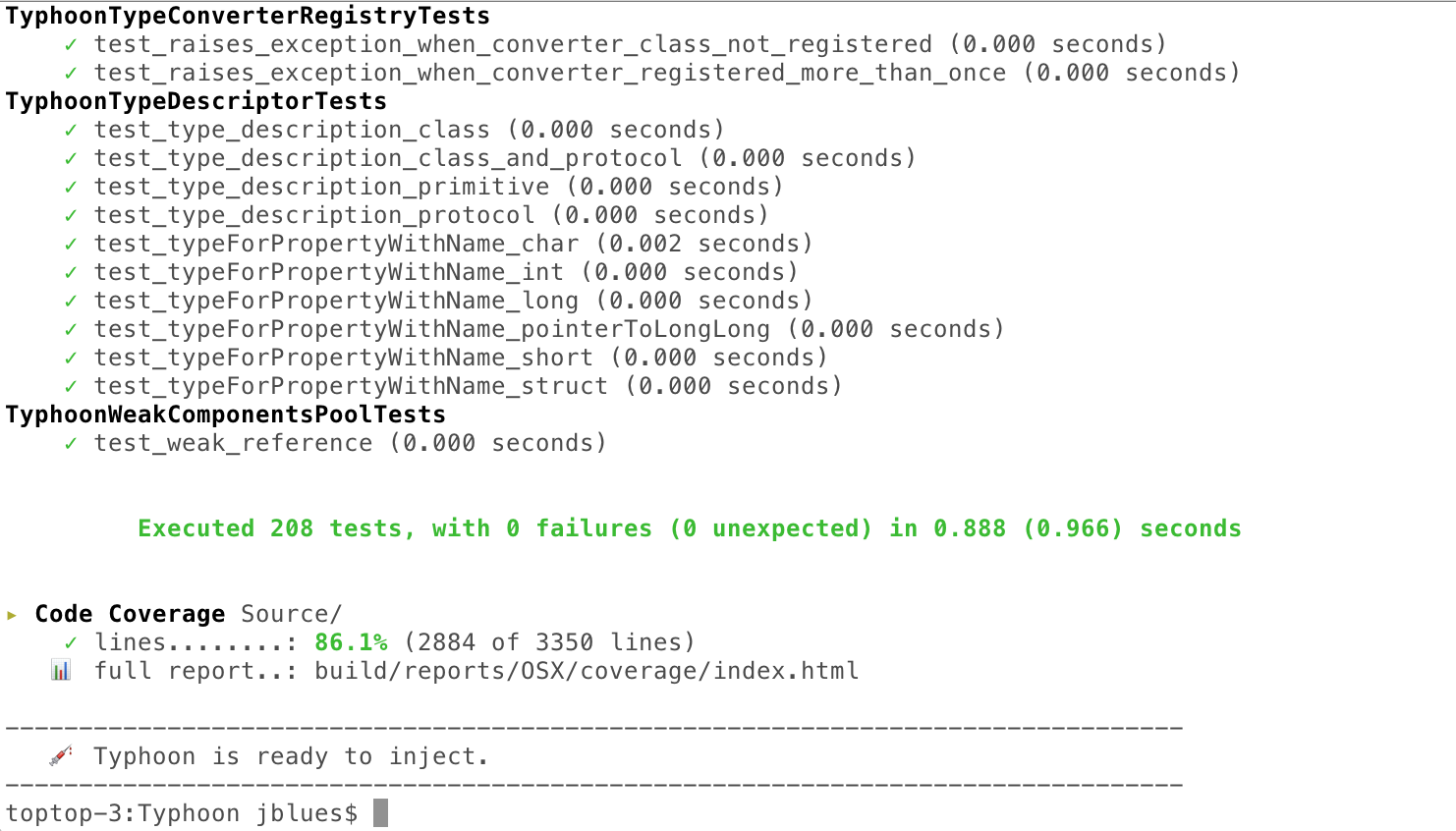 The idevice_id program, which is packaged as part of iFuse will return a list of device ids.

Not the answer you're looking for? Browse other questions tagged osx ios or ask your own question.