I have a collection of several hundreds audio CDs (strange as it might sound: yes, I really bought those ;) While in the past it was "convenient" to have them served using a CD juggler, that piece of hardware is too big to fit in today's rack. And finally, thanks to DLNA and Android tablets, there are much better ways to select the title/album one wishes to play. Which requires to rip the music off those silver plates, and store the titles in my library.

Which brings me here. Years ago, I've used Grip to rip some of my CDs for use on my MP3 player. That worked fine, but meanwhile there might be something "better" out there. So here are my...

Optional, but nice to have:

1: Idea behind this is to use a different structure for e.g. samplers, audio-books, etc.

My second candidate was XCFA. Though not a "perfect" match, this one meets most of my requirements (to be more precise: all of the must-haves, half of the optionals, none of the "not needed", and about nothing of the "not wanted"). So this is what I've settled with for now: 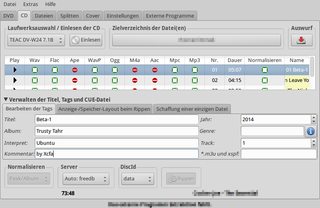 Again coming pretty close to my requirements, but:

So still no "full match" – but as close I could get to it. Due to the two last "buts", I'm still not really satisfied – and look forward to more suggestions. Meanwhile, I've taken a look at asunder – looks like that fits my needs a little better.

Further resources for the interested (unfortunately, most are in French):

Hi @Izzy :) first I have not personally used this software but after more reserach I found out that it may suite your requirement and this should be what you are looking for ,I can recommend fre:ac,This software offers the following features that I have mentioned below.

Hope My answer was helpful ! good-luck ;)

Source where the software information was extracted Official web-site of Fre;AC 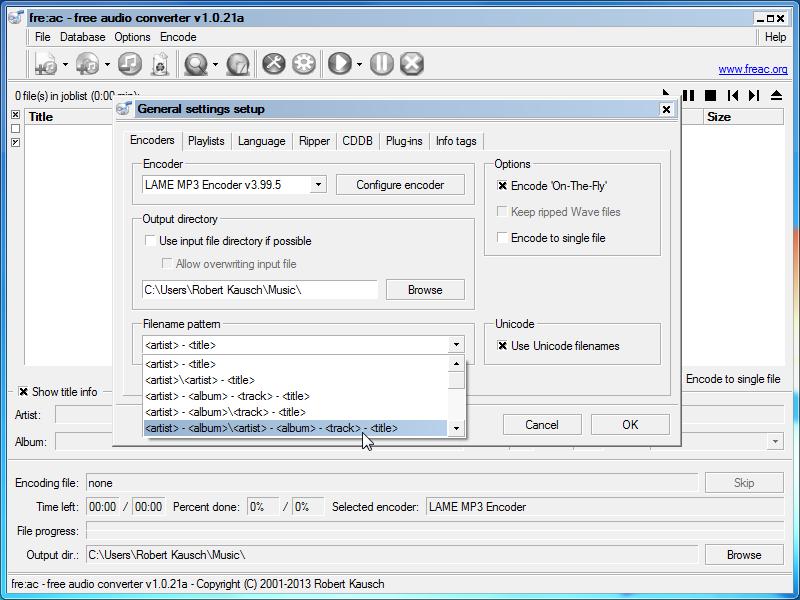 I've found RipperX looking quite promising after reading some reviews: 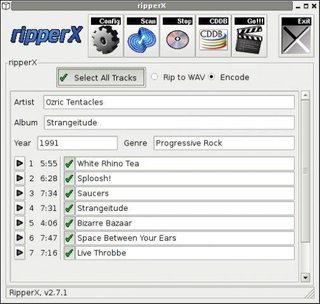 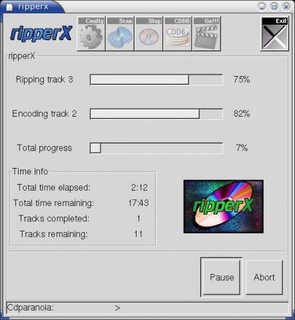 While RipperX is coming pretty close to what I'm after, it still has some caveats for me (which might not affect others):

So while this is a good solution, I'm still missing several details – and thus look forward to more recommendations :)

Due to some "inconveniences" with XCFA, I've taken a closer look at asunder, and found it quite handy. Except for the additional playlist format XCFA offers (which I don't need anyway), it seems to offer the same features just in a different way – with an easier/clearer looking GUI: 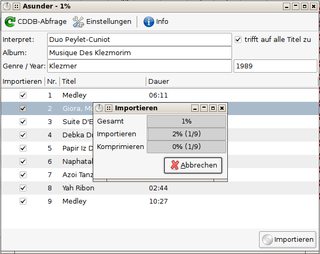 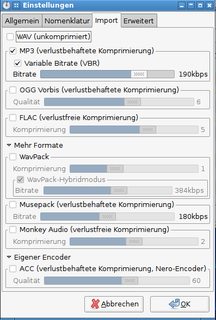 Rhythmbox does a lot of that and is the default player/ripper in Gnome and Ubuntu, just set the quality in the settings and insert the disc.

As to the requirements:

So sorry, seems to fail several of my requirements.

Not the answer you're looking for? Browse other questions tagged gratis linux open-source music ripping or ask your own question.