I use the Scriptish addon to Firefox for this kind of job on the desktop. Luckily, there seems to be a Scriptish addon for Firefox on Android as well. Same applies to Greasemonkey, which is another Firefox addon to run userscripts in.

Which one of the two to chose is rather a subjective decision. They have common roots (Scriptish is a fork of Greasemonkey), both are still maintained, both (roughly) cover the same field. UserScripts that work with one of them, usually also work with the other the same way.

I don't know about a solution for Chrome on Android – so using any of the two mentioned addons would mean you'd have to switch to Firefox. As you mentioned that being an option, I'd say the two fulfill all of your requirements – though I didn't try them myself on Android.

As a bonus: Here's a Youtube tutorial on How To Install Greasemonkey In Android :)

My app Subhash Browser & Feed Reader supports both user scripts and user styles (CSS). You need to first convert the Javascript to bookmarklet format, save it in a file with .js extension and place it the app's User JS folder. However, extremely big JS files such as the one linked by you may not work. If it is a new phone, then the app will be using Chrome internally. 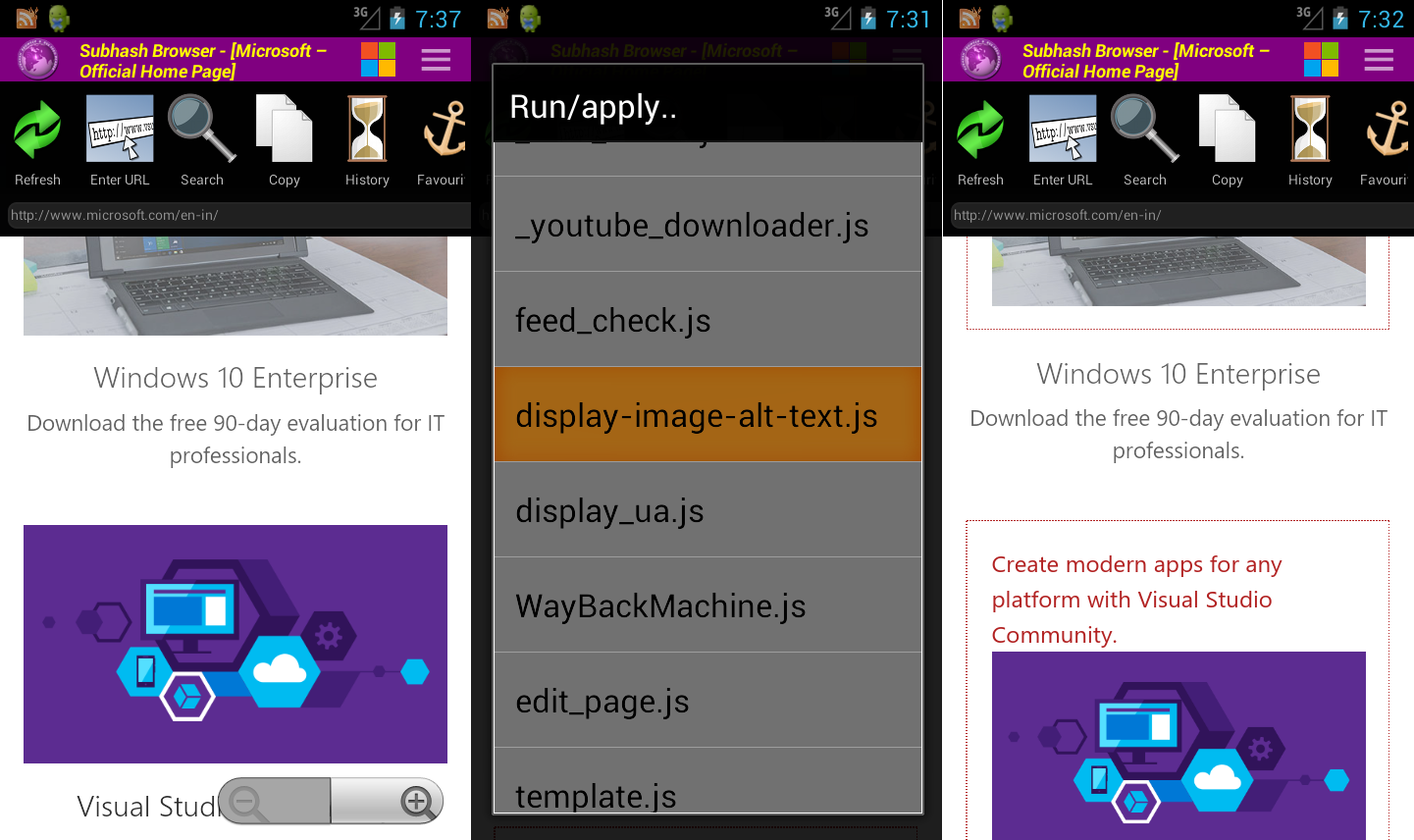 Not the answer you're looking for? Browse other questions tagged android javascript web-browser or ask your own question.

18
Web browser that can view page source for Android
5
What tool will allow me to view javascript exceptions in Android native browser pages on 4.2.2?
2
Browser extension to bind clicking on an item of the page to a keyboard shortcut
1
Is there an web browser add-in that allows me to pass a secret key to a REST endpoint?
4
Headless browser for Java that can execute JavaScript on a page
1
Notes in a Bookmark for Android Mobile Browsers
4
Getting the position and dimension of a rectangle selection in a browser
1
Android privacy browser with "forward" button