I've searched a lot to find a tool to convert .qmg files to .png, I didn't find a good source that's why I post a question here

There is an app called Qmg2Png which can convert ".qmg" files to PNGs. The limitation ( probably )is that it depends on the android device to implement low level conversion.

That is to say, your ( presumably Samsung's )phone must include native libraries that implement the loading of QMG image into android bitmap object. As the format is proprietary, it's editing program doesn't seem to be available. 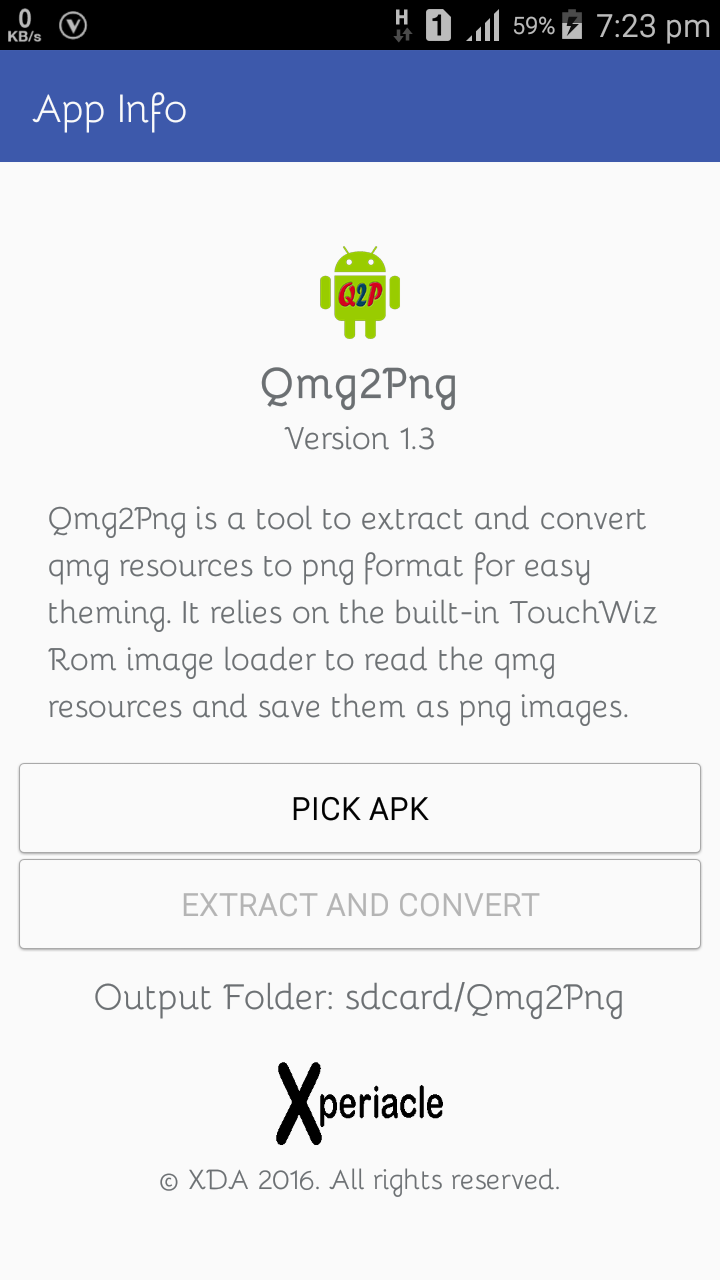 With this app, conversion to PNG is possible, but reverse of that seems very difficult.

The XDA thread for app

Not the answer you're looking for? Browse other questions tagged windows media-converter image-conversion or ask your own question.

7
Icon font to PNG converter
3
Conversion from PNG to EPS
5
Media-converting software suitable for Chromecast
4
psd to png - software or website that converts all the components?
5
SVG to PNG batch conversion
3
FLOSS software to write PDF/A-2 with JPEG2000 compression?
5
Software for converting MP4 to animated GIF
2
Software for video trimming and/or mkv to mp4 converting without any quality loss
1
Java library to separate a multi-page TIFF file into several PNG or JPG files