I have Android 4.4.4 Cyanogenmod 11. By its very nature, it is already rooted. Is there an integrated application that would allow me to set privileges per application? For example:

And so on. Basically, for every permission on the list, I want to be asked if I want to allow it once, allow always always, deny once or deny always, per application. With as much information (like phone number app is calling, filename of photo, or URL it is trying to access) as possible.

Is there any tool like that available? My friend suggested LBE Privacy Guard, and I tried it, but "tried" is a bit big word: It was crashing once every few seconds and I uninstalled it as fast as I managed.

To address answer below, I tested some things:

List of things that I'm sure could be controlled, but cannot reliably test

Lists above cover all I really want from control app. And things on the first one may cost, so they are more important.

There was one, in Android 4.3 Jelly Bean. 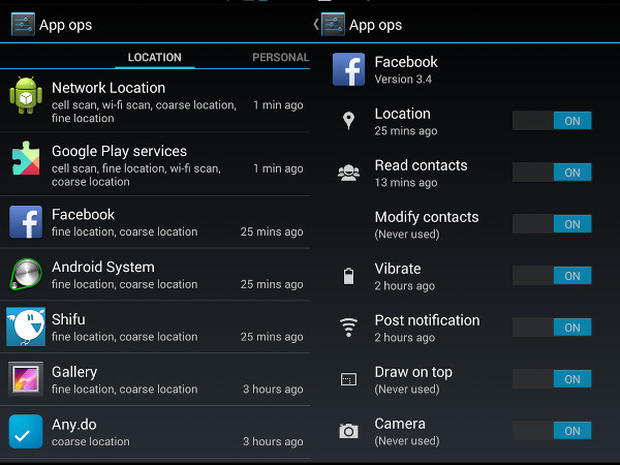 I would recommend using XPrivacy - while there are many apps based off of the google API for app-ops (like Cyanogenmod's own Privacy Gaurd), those have limitations (notably they can't restrict internet access), since Google never implemented that in app-ops to begin with. That said, this comes at a cost - mainly complexity as far as using the app, however based on the OP, I suspect you know this going in and are willing to learn/work with an app that gives you more flexibility because of that.

cons: Requires root access (but probably anything that can restrict other apps will need this)

I am not sure if it can hide a file directory from an app as you want, it's above beyond how much configuration I have done with it so far, but it seems like it can protect a specific external storage, and since those are really just mounted like any other folder, hiding a different folder should be possible.

I am also not sure if you will be able to see what sort of number a sms was attempted to be sent to, since it depends on the individual app to blindly attempt to send the message without first checking that it has the necessary permissions (seems like bad programming to me if such an app exists), so unless the app is sloppy, I don't think this will be easy to do. (of course, you could try and impersonate the telecom operator, but that would be quite difficult and likely involve hacking the sim card)

After some trial and error, I found that Permission Manager - App ops works. It seems that Google indeed removed / put deeper the hidden feature, but left the API in place, so it was only a matter of time - GUI was bound to get written, or uncovered again.

So far, nothing seems broken. And now I know my dice rolling app never tried to send any SMS. And it never will, unless I want it to.

Of course the amount of data I'm presented when I have to decide (pretty much none) is not satisfying me fully, I would prefer to know phone number SMS is going to, for example, but it's way better than nothing.

I was using LBE Privacy Guard for a long time (only works up to Android 4.0, but causes a boot-loop on higher versions), and for Android 4.1+ now switched to LBE Security Master1. The former originally was the "lite" variant doing about everything you're looking for, and the latter to me feels a little "bloated" with a bunch of additional features I don't want (but luckily was able to disable mostly). For most of the available/relevant permissions you can

All this can be controlled/configured on a per-app basis. Whenever you install a new app, LBE adds a notification asking you to configure it, while applying a "default set" of rules (in most cases enforcing the third option from above).

That said, it applies to many, but not all permissions available. As the list of available permissions is quite long, it's hard to keep track of which ones are covered and which ones aren't – and the app is constantly updated (also the localized versions, even if a little delayed); so it doesn't make much sense to nail it here.

In addition to the localized versions I've mentioned, there's also an Xposed module named LBE Security Master - Translation International. This allows you to simply use the Chinese Playstore edition, and "overlays" translations. The advantage is clear (no more manual updates); but according to reports the translation here is not that complete.

To give you a better idea, here's a screenshot from configuring a single app: 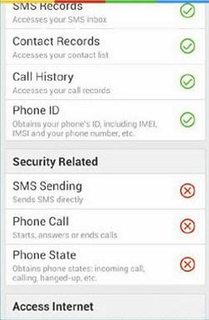 LBE uses the "fake data" approach (e.g. if you reject an app to access internet, it just gets told you're in airplane mode; likewise your contact-list/calendar is empty, you've got no call history, and your IMEI is 12345) – which proves Menno's answer being simply wrong.

1 While on Google Play you only find the Chinese version, there are localized versions at XDA for e.g. EN | DE

As most solutions provided here are a bit outdated, let me add a fresh one:

PermissionManagerX is available at multiple places, including F-Droid (the most recommended source), IzzyOnDroid (my repo, for "early birds"), Google Play and Amazon. You can use this app to manage permissions either with root-powers, or by utilizing ADB. 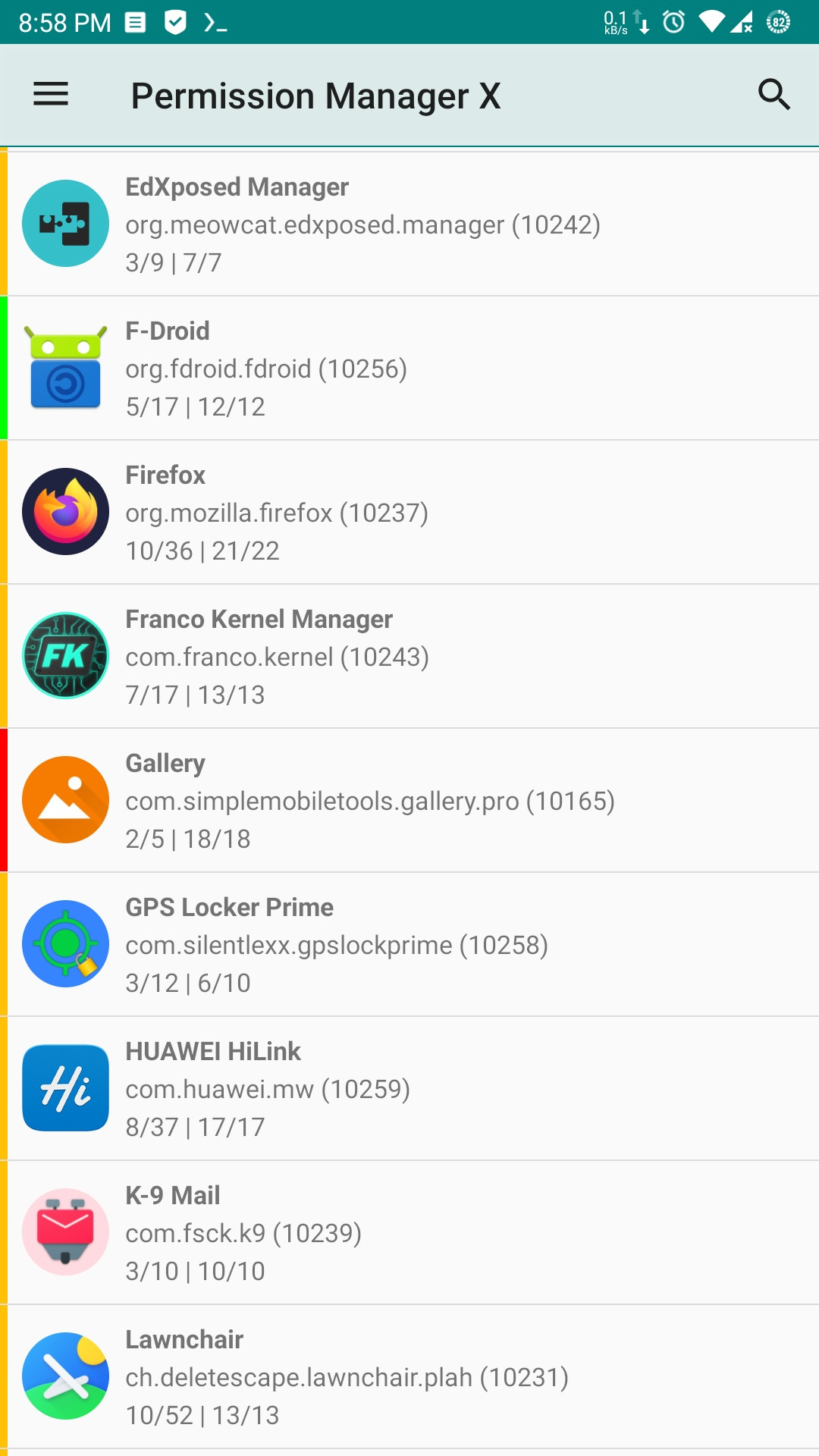 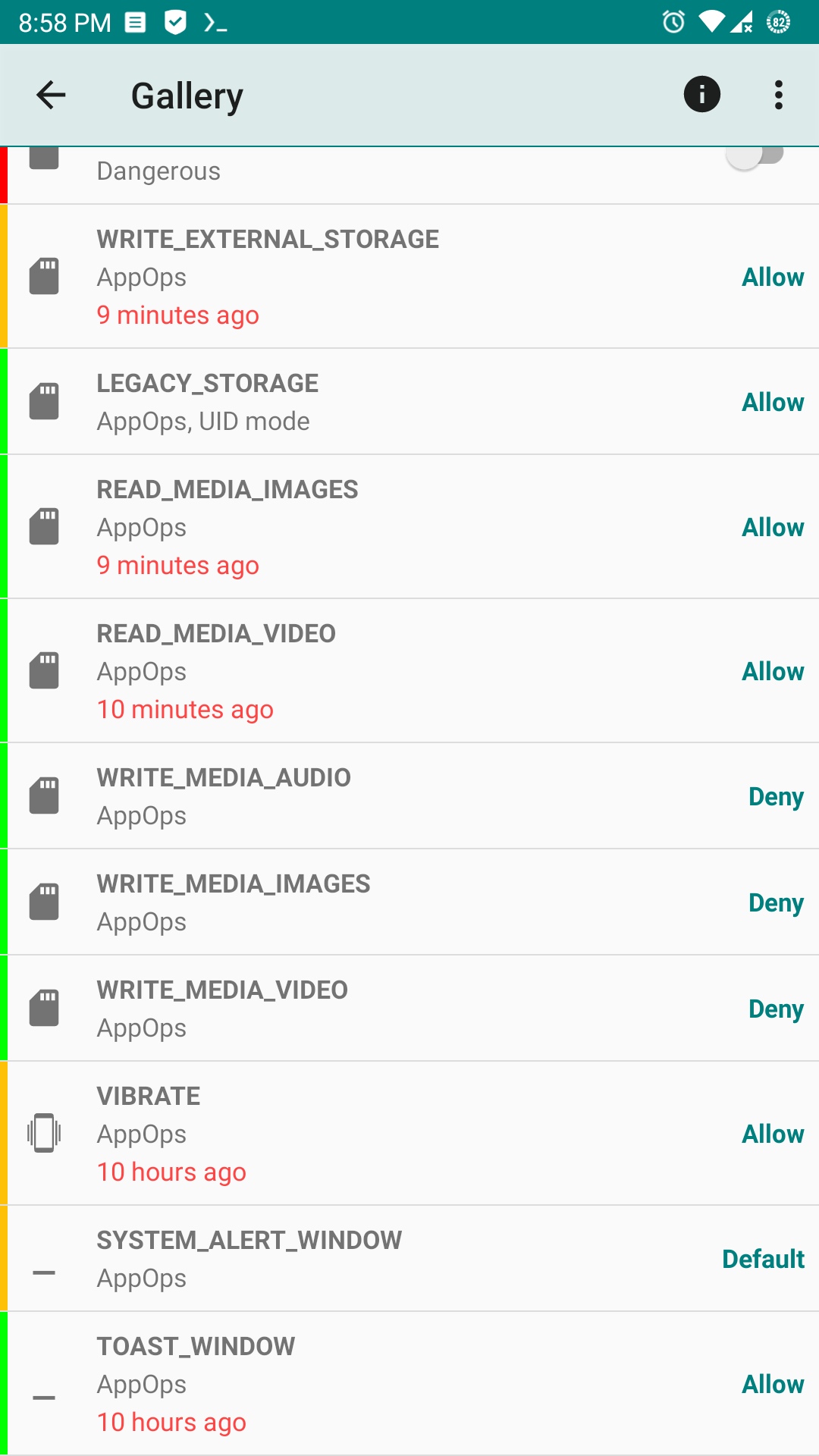 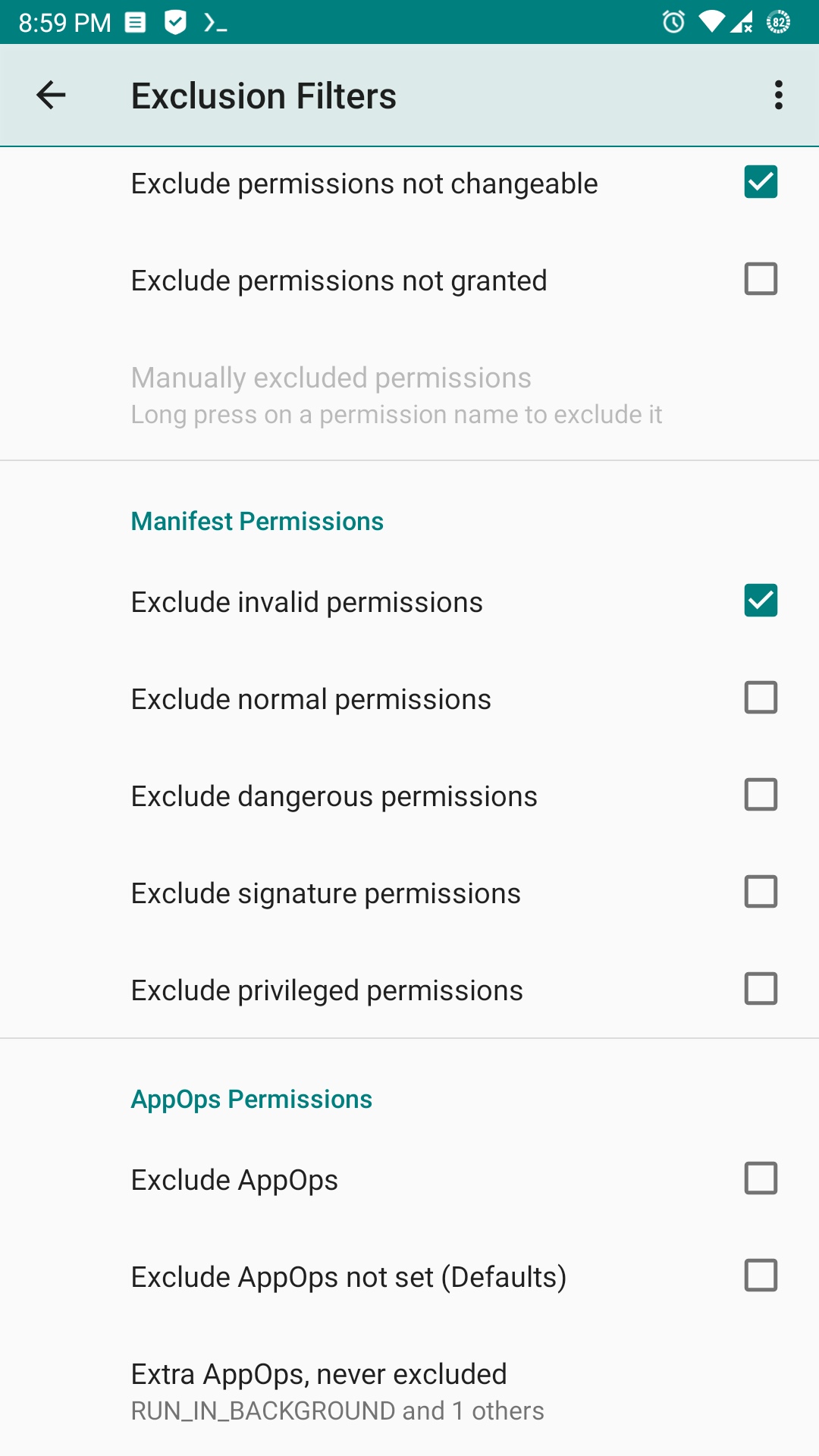 The app lets you view, grant and revoke permissions (including AppOps), and gives you pretty fine-grained control. It is also fully open-source (else it would not be available at F-Droid), so you can investigate the source to enhance your trust. For a small fee to the developer, you can enable additional features like support for work profiles, scheduled checks and more.