I am developing a software using Qt in Ubuntu 14.04. It is big project and I do it on leisure time. I have a single laptop and though I connect to internet, I don't like to store my code files in the cloud.

Is there a Linux (preferably installable in Ubuntu) software that performs version controlling without needing to connect to a server (i.e. the VCS repository is on the device itself)?

If possible add whether a GUI component exists for that software.

I think for your project Git is fitted best. Especially on Linux, it is...

Though it sounds a bit overwhelming, it's not too hard to start with (especially when following up the linked book). I did that a while ago, and am glad about it. For a starter, you can concentrate on a handful of commands (or simply use the GUIs to guide you), such as git init (creating a repo), git add (adding files to your "staging area" whenever they've been modified), git commit (to commit staged changes), git status (obviously to check the current status of your working directory), and git checkout (to retrieve files from your repository). Then, along the lines of your work, always peek a little deeper in the parameters to those commands, to get more out of it. 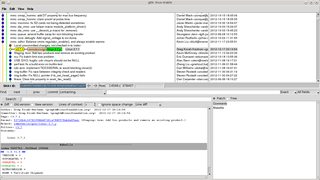 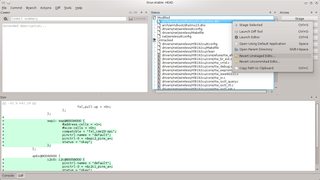 Git is pretty wide-spread, so in case you need help with it, that should be easy to find. It's also pretty well supported, so you'll find plenty of tools to enhance your setup. Many more arguments I could list up here – but then you wouldn't read my answer as it would get too long :)

Not the answer you're looking for? Browse other questions tagged linux version-control offline or ask your own question.