I have two laptops. I use them interchangeably and want a system where a "shared" library is synced between the two machines, such that if I create/change/delete a file on machine A, the same happens on machine B (after approval, so I can stop synching in case files were accidentally deleted on one of the machines). The data transfers should be properly encrypted, with no files ever stored with any third party. This way, my files would always be safe and backed up on machines under my control. It must be safe to use on public networks. What is/are my best option(s)?

I run Windows 8.1 on both machines.

It might not be the most efficient way, and I'm also interested what other answers would offer. I normally use Bitvise to sync my data among devices.

First, you install the Bitvise SSH Server on either machine (or both), and Bitvise Tunnerlier on the other. You need to configure the server for SFTP following these instructions. Also make sure to modify the sharing permissions of the folders you'd like to sync so you could access them remotely. After that you could open Tunnerlier on either computer and copy your files to the other using either the upload or download buttons: 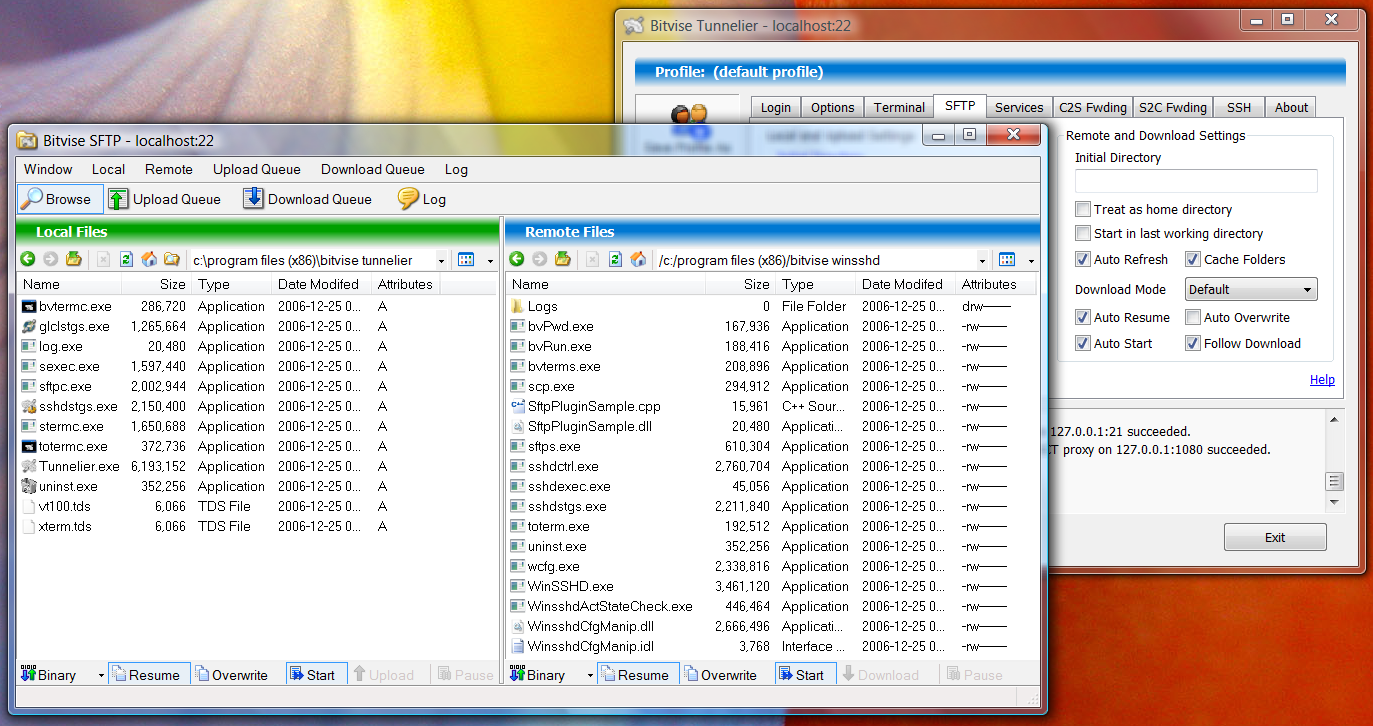 For even more security while transferring data over the internet, I suggest you start a VPN connection between the two machines prior to transfer. This would allow you to use local IP addresses and hostnames as if they were on a home network. For that, I use TeamViewer with the VPN option selected

Instead of Bitvise Tunnelier, you could use any SFTP client to access the BItvise server you configured on the other computer. It might be worth it to check out WinSCP, since it has a Synchronize button: 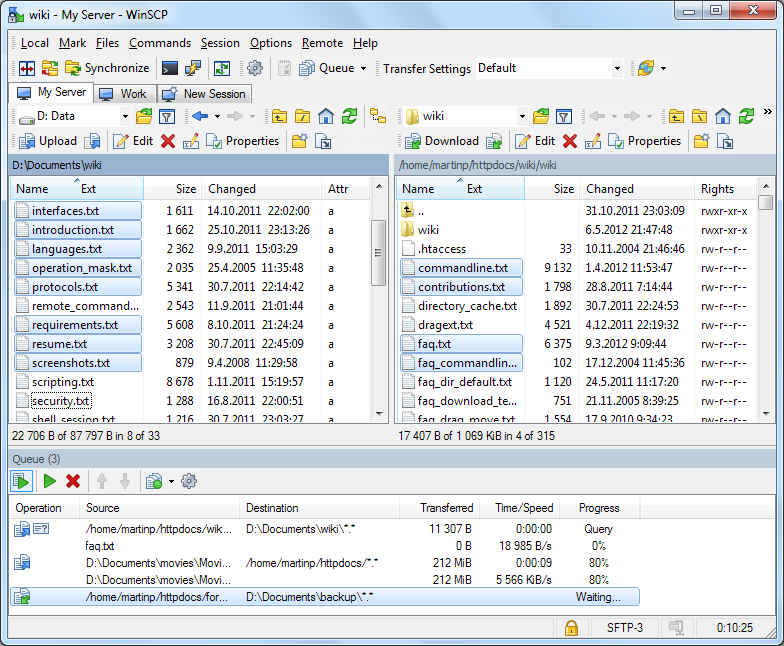 I would suggest using a distributed version control system such as mercurial, (possibly with TortoiseHg or possibly even git.

You will be able to wind back and forward the state of the controlled directories without a remote connection, be able to recover "deleted" files, be able to synchronise between machines via network, usb stick, VPN or even email (by sending patches in the last case).

If you are using mainly text files then only the differences are exchanged which makes it fast and efficient and even MS-Office .???x files and zip files can be handled the same way via the ZipDoc extension in mercurial.

Synchronising the folders when you are on the same network as each other can be as simple as running hg serve on one machine and hg pull on the other if you originally cloned from that one.

Additionally you will be able to track what changes were made to each file.

Mercurial is Free, (both Libre and FOSS), cross platform and a (I think) lot easier to use than many versioning systems.

We have used unison for this with success. You have a single master computer with a static IP (doesn't need to be powerful, we have used old desktops and even a Raspberry Pi before). The transfers all happen over SSH and I just have a script I double click to sync all the latest changes. It even has a built in conflict checker so my script syncs all non-conflict files, then reruns it with prompting for the conflicted files.

BitTorrent Sync will keep directories (folders) synced across multiple devices without the need for cloud storage.

Files modified, added, or deleted on one system will be reflected on the other system.

The software is free-of-cost (aka "freeware" or "gratis").

They have support forums available at forum.bittorrent.com

Not the answer you're looking for? Browse other questions tagged windows file-management backup networking remote-access or ask your own question.