How to emulate a ddos attack (a new IP for every new request) for testing purposes?

My website has been under extensive ddos attack for about a month now. I haven't paid much attention to it as it wasn't important but some other websites on the server started experiencing the same attack so I have moved them to another server with managed wordpress hosting (they offer ddos protection).

I have no way of finding out if the attacks have really been blocked or is it just the attacker taking a break.

I tried a DOS attack software and it seems to be blocked OK but the attack I was undergoing earlier was of a different nature (new IP with every single request but same use agent). My question is: how can I find a software that lets me emulate the ddos attack of the nature I have mentioned above. Here's a screenshot of my visitor log on old server: 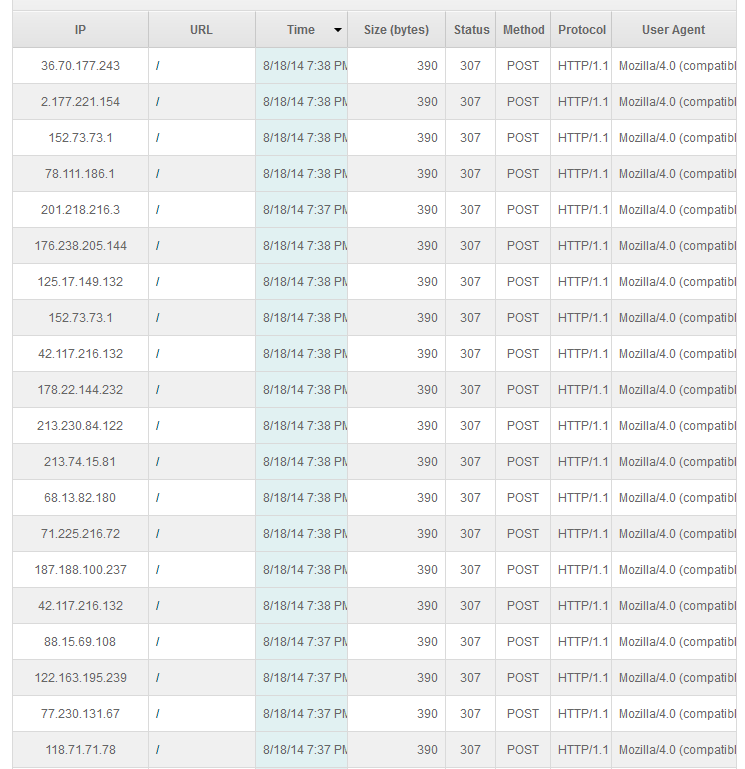 Tor's Hammer is a slow post dos testing tool written in Python. It can also be run through the Tor network to be anonymized. If you are going to run it with Tor it assumes you are running Tor on 127.0.0.1:9050. Kills most unprotected web servers running Apache and IIS via a single instance. Kills Apache 1.X and older IIS with ~128 threads, newer IIS and Apache 2.X with ~256 threads.

Not the answer you're looking for? Browse other questions tagged security web-server apache or ask your own question.